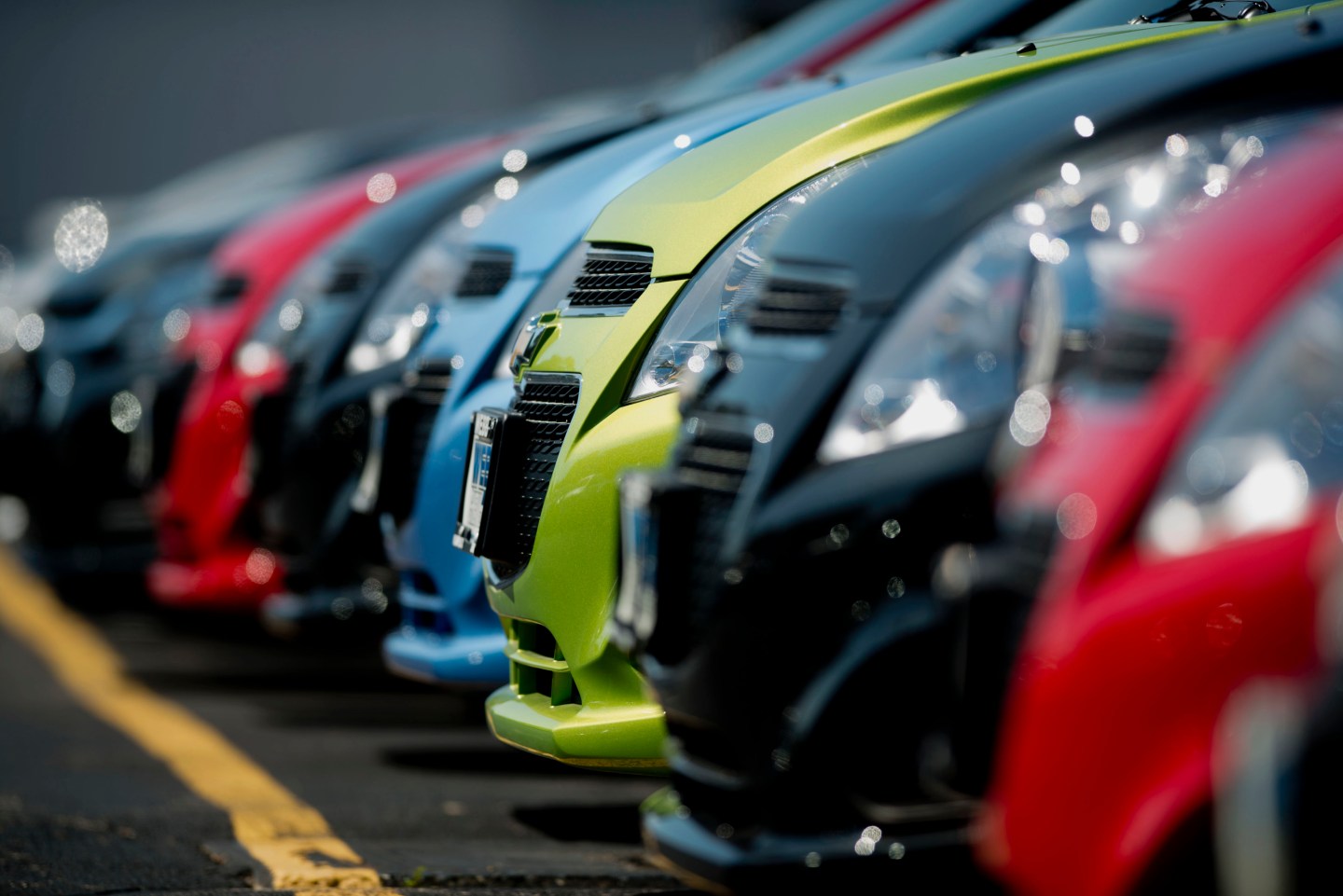 A row of General Motors Co. 2014 Chevy Spark vehicles sit on the lot at Webb Chevrolet dealership in Plainfield, Illinois, U.S., on Wednesday, July 23, 2014. General Motors Co., which has called back almost 29 million vehicles in North America for various fixes this year, is scheduled to release earnings figures on July 24. Photographer: Daniel Acker/Bloomberg via Getty Images
Photo by Bloomberg—Getty Images

With bellies full of turkey and hearts full of mirth, millions of Americans will head to the mall this extended weekend — to buy Ugg Boots, Xboxes and Frozen dolls for themselves and for loved ones.

Increasingly, another industry is cashing in on Black Friday and Cyber Monday, and it’s not one you usually associate with teeming crowds and slashed prices — autos.

Car shoppers are visiting car dealers in greater numbers around the Thanksgiving holiday. Alex Gutierrez, an analyst at Kelly Blue Book, said that while Black Friday hasn’t yet reached the level of Memorial Day or Labor Day for car sales, it’s quickly becoming one of the bigger weekends of the year for dealers.

Granted, the deals offered on car lots aren’t always short-term, he noted. Many manufacturers are “running their Black Friday specials throughout the month of December,” he said.

So what is driving this increase in Black Friday car shopping? Some of it, surely, is just the growing focus on the weekend as a time for all things consumerist, with cars dragged along for the ride. Gutierrez also notes that for the past year or so, the auto industry has been recovering from a historic low point that came during 2009 and 2010 in the aftermath of the credit crisis.

The other thing driving auto sales on Black Friday and Cyber Monday is the increasing importance of online shopping to the car buying process. Dealer.com, a Dealertrack (TRAK) company that sells shopping tools to auto dealers, saw a 7% increase in the total traffic during the two weeks leading up to Black Friday in 2013 compared to 2012.

“We are seeing a major surge in traffic, and we saw it last year too,” said Dave Winslow, Dealertrack’s vice president of digital strategy. Winslow pointed out that, with customers going online to shop, it doesn’t really matter if they are actually heading to the lots this weekend, because most of the decision-making happens before they actually go to buy a car.

One online auto company is taking things a step further in its appeals to Black Friday shoppers by offering a flat discount of $1,000 on all cars. That would be Carvana, a startup that calls itself the “Amazon of cars,” in that the cars — all used — are sold entirely online, including financing, and delivered the next day with no test drive. (The company does offer a no questions asked, full refund return within seven days of delivery.) Carvana currently operates in Atlanta, Nashville and Charlotte.

Carvana CEO Ernie Garcia stressed that Carvana wasn’t raising prices for two weeks before Black Friday and then cutting prices back down to what they were originally. With so many of their competitors taking that tack, Garcia said the company was stressing the promotion too much.

“Every automotive retailer out there is going to have some crazy Black Friday thing,” he said. “That’s because they’re playing games. That’s really hard for us to really get through to customers.”

Is Black Friday really a great time to buy a car? Larry Dominique, an executive vice president at Truecar (TRUE), a service that tracks car prices, said that while it may be a good time, but shoppers can do even better.

He said that while discounts are very good on Black Friday, they actually improve at the end of the month. This is because car makers and dealers are looking to move as many vehicles off the lot as possible before the end of the year — manufacturers so they can report the best yearly sales they can, and dealers to reach the sales goals set by the manufacturers.