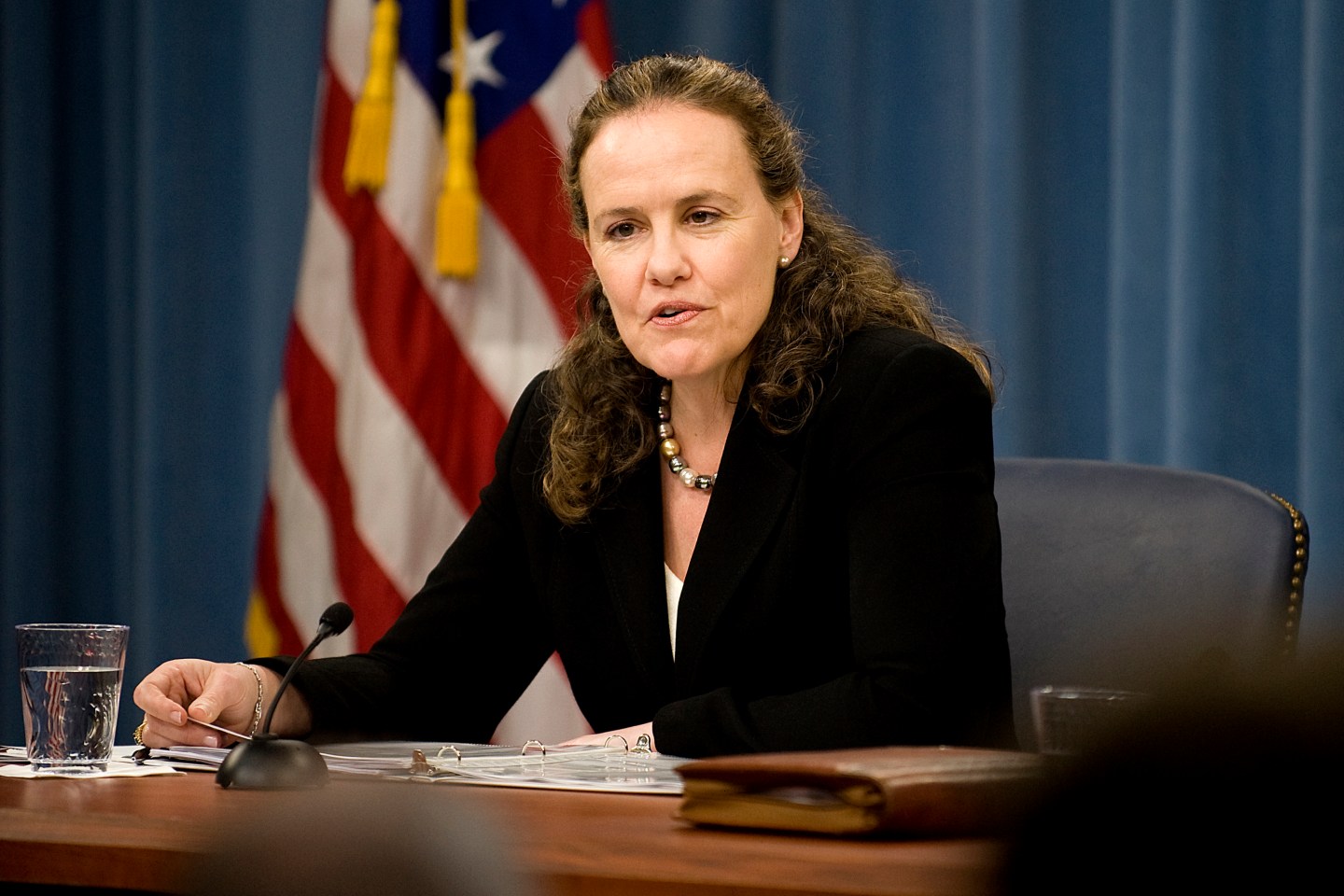 Michèle Fluornoy, who had been touted as a top contender for Defense Secretary after Chuck Hagel stepped down Monday, is dropping out of the race, a source confirmed with Fortune.

Fluornoy sent a letter to the board of the Center for a New American Security, a think tank she co-founded and currently heads, saying that she will remain on the job, the source said.

Her withdrawal, first reported by Foreign Policy, leaves a handful of candidates in the running including former Deputy Secretary of Defense Ashton Carter.

Fluornoy had previously served as undersecretary of defense under Obama. If she had won nomination, she would have been the department’s first female leader.