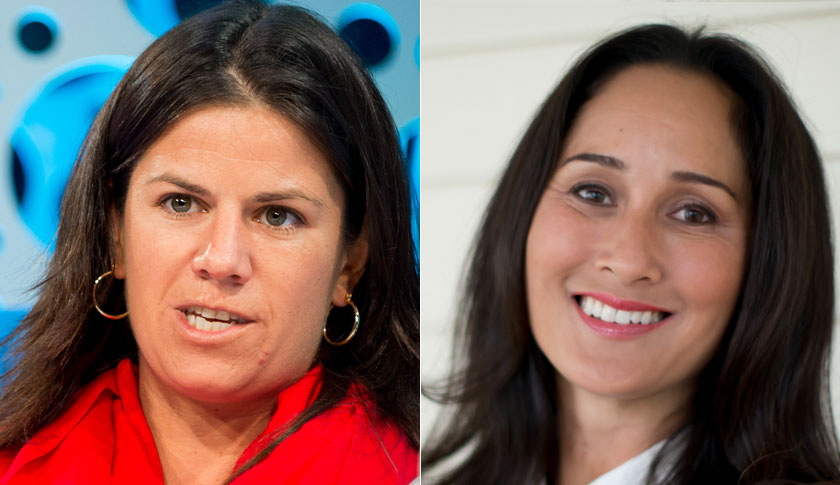 Cynthia Breazeal has never considered herself a woman entrepreneur. An entrepreneur? Yes. A leader? Certainly. But gender really has never come into play as she expanded her company Jibo, the maker of the world’s first family robot.

Still, today is Women’s Entrepreneur Day, a global movement to celebrate and support female founders and shed light on some of their challenges. So Fortune interviewed Breazeal, as well as Susan Coelius Keplinger, the co-founder of online ad platform Triggit, about their experiences building their respective companies from scratch. Both women are part of Fortune’s 2014 class of Most Promising Entrepreneurs.

“The world would certainly be a better place if we had more women entrepreneurs,” said Breazeal. “Women are going to bring a different angle to startups. The stereotype is that it is all young geeky guys and that is not true. It is critical for women to become entrepreneurs because of their unique perspective.”

Fortune: Give me a little background on your company.

Susan Coelius Keplinger: We started the company in 2005, and we started doing similar things with ads that we are doing now. It didn’t make sense to us why an advertisement on Yahoo’s homepage would sell for hundreds of dollars, but an ad on a blog shown to the same person would be some for 40 cents. If it is really about the person and the audience, it shouldn’t matter what page that person it on. We are trying to build products and get access to an audience regardless of the site itself.

How would you describe the stage that your company is at right now?

SK: It’s the rise of native advertising [advertorials, essentially], but less so from a deceptive standpoint. We have fallen into this really cool space. It used to be that people thought online advertising would never work because it wasn’t good for the user experience. Now we are evolving toward an experience where advertising doesn’t stand in opposition with the content. If the ads are good, you’ll engage with them.

CB: Now we are going from the prototype to the actual manufacturer. Making that switch is the main focus right now, as well as finishing the software and getting the hardware manufactured. We are also looking to develop our developer community. We are busy. It is a lot of engineering, but we are cranking through it all.

What were some of your initial challenges raising your first round of funding?

SK: As much as it wasn’t fun raising money in the middle of the recession, it is what enabled us to succeed. At the time there were not as many companies getting started. We raised $2 million in angel funds that helped us create and find a business. We used that as largely innovation money, so when we went to VCs for our first funding round we were ready to create a product and enter the market. It’s important to find people that want to invest in you and are willing to change our strategy a bunch and help you find a product that works. I think a lot of people write off that support. If you can find seed investors, angel investors who really believe you, there is not a better situation.

CB: The first round was a seed round. I was actually approached by a partner within a VC firm, and the partner felt that there was an opportunity around a new product category of robots in the home. We started talking because of my expertise in robotics, and I was at a point in my carer where I was interested in commercializing the work that I had done academically [Breazeal is an associate professor of media arts and sciences at MIT]. Things move really fast pace in the entrepreneur world and time is money. You are having to make the best decisions you can with incomplete information.

What are some of the biggest myths about being a ‘woman entrepreneur’?
SK: There are plenty of stories, and I have been in plenty of situations when I was younger, where male investors wanted to sleep with me and they didn’t want to do business with me. Yes, there are some bad eggs out there that are men, but there are some women who are equally as snotty. Sexism exists, especially if you are young and good looking, but those are not the type of people you want to be around anyway. I don’t know how to make an asexual society. We are in a time right now when a huge set of swell is coming. There are a bunch of waves that are terrible that you don’t want to ride, but there are also a bunch of awesome waves that seem crazy – but you be great if you got on top of them. If you go to raise money and you find a guy that is an ass, move on. You have to remember that even if you have a good idea, people could still say no 100 times.

CB: I think I am lucky because I am trying to do something that has never been done before, so the focus is on that and not me and my gender. My credibility is not in question here. So the focus is on where it needs to be which is what we are trying to do. I have always been on the forefront of innovation, so the attention has always been on the robots I built rather than on me. I think being an entrepreneur is hard no matter what gender you are.

What advice do you have for female entrepreneurs just starting out?

SK: Learning how to be comfortable with risk and failure is really important. If you are not comfortable with failure, it can really be so scary. If you know that those small failures are Okay, then suddenly it does not become so scary. You want to be calculated about the risks that you take.

CB: The thing that fascinated me about women, is that women just make it work. We juggle a crazy amount of things and we make it work. So much of launching your own startup is dealing with all the things that come at your from all these angles and you have to make it work. Women already do that every day. I don’t think women should be intimated by it, I think they should think they are at an advantage.