A disruptor shakes up angel investing 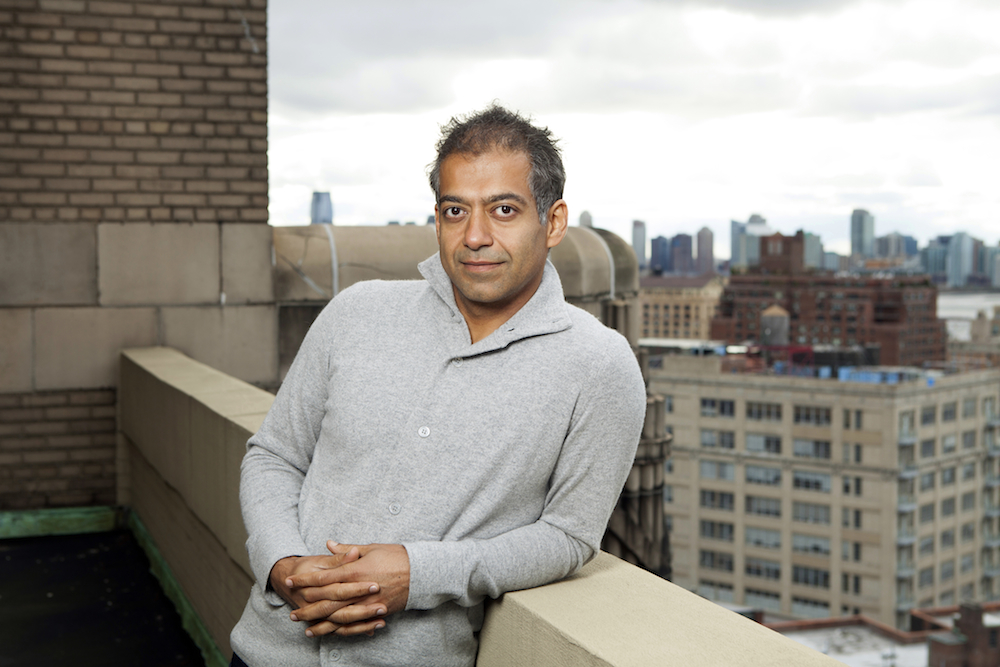 Photo by Rebecca Greenfield for Fortune

One recent evening a group of institutional money managers was ushered into a backroom at San Francisco brasserie the Cavalier via an unmarked secret entrance that most customers would mistake for an emergency fire exit. Their host was Naval Ravikant, a wildly successful angel investor—Uber, Twitter, etc.—and serial entrepreneur who wanted to pitch them on his latest venture. Not by asking them to invest in it, but by asking them to invest through it. If enough of the money managers take him up on the offer, it could usher in an era of radical disruption in the world of angel investing.

Ravikant, 41, is the co-founder and CEO of AngelList, which began life in 2010 as an online introduction board for tech startups in need of seed funding. Silicon Valley responded positively, and some established venture capitalists even created profiles. Two years later, AngelList began enabling companies to raise money from wealthy individuals—traditional angel investors—through the site, free of charge. This was still perceived as a good thing in VC-land, given that these were small checks coming out of personal bank accounts. If a company wanted “real” money, it’d still have to hit up the power brokers on Sand Hill Road such as Kleiner Perkins and Andreessen Horowitz.

The relationship began to get a bit more complicated in late 2013, however, when Ravikant announced that AngelList would allow well-known individual investors such as Tim Ferriss (author of The 4-Hour Workweek) and Gil Penchina (ex-eBay exec) to create “syndicates,” or pools of committed capital, allowing them to make larger investments on a deal-by-deal basis. Moreover, they would receive up to 20% of investment profits (i.e., carried interest), much like a traditional VC firm. (AngelList would take an additional 5% carry per deal.) Almost immediately, users began pledging money to well-known angels (including Ravikant), with some getting access to more than $1 million per deal opportunity.

All of which leads us back to the Cavalier’s secret room, where Ravikant shared two pieces of information with the institutional investors. First, some $87 million worth of seed deals were transacted via AngelList in the initial year of syndicates, with volume rising more than 300% between February and October. That puts AngelList at an annual run rate of $127 million, which would theoretically rank it among the country’s more active venture capital firms. Second, he has devised a way for institutions to participate in what has, to date, been the nearly exclusive domain of individual investors.

And this is where traditional venture capitalists should get a little antsy.

“Like everything else, [angel] investing is going online. You can either be an early adopter or a late adopter.”
—Naval Ravikant, CEO of AngelList

AngelList has just launched a series of new funds, each of which is designed to support syndicate investments in 100 startups. The idea is that traditional seed investing doesn’t scale for institutions, which often have a minimum investment threshold of $10 million or $15 million. If you’re a $200 million family office or private foundation, for example, why are you going to spend time vetting $20,000 opportunities? Particularly when historical data analysis shows that seed investing typically doesn’t become lucrative until one has dozens of portfolio companies?

Each AngelList fund, however, could easily handle the volume thresholds. The company did a sort of trial run earlier this year, by giving its blessing to a quasi-affiliate called Maiden Lane (named after the street in San Francisco where AngelList is based), which raised $25 million to support select syndicate deals with up to $100,000 each. The new funds will start out a bit smaller—likely $40,000 per deal—but will be more focused, almost like ETFs with specific investment theses around industry sectors or geography. Deals will be selected by an algorithm with a bit of human curation on top, and may include stealthy startups that are not shown on AngelList’s public site.

“Most of these institutions already are investing in traditional venture capital funds, but they’ve missed out entirely on seed, where they can get in the earliest and track a company’s progress, because it hasn’t scaled,” explains Ravikant, who studied computer science and economics at Dartmouth before heading out to the Valley. “That’s the problem we’re trying to solve. Like everything else, investing is going online. You can either be an early adopter or a late adopter.”

Ravikant takes pains to say that he isn’t trying to compete with traditional VCs, but some of those at the Cavalier believe the institutional push could lead to that outcome. “It is not out of the question that the AngelList platform could invest up and down the entire venture stack,” says David York, CEO of Top Tier Capital Partners, a VC fund-of-funds manager that backed Maiden Lane. “A lot of these guys running syndicates are very credible and have really impressive networks behind them.”

It’s fairly clear that the VCs themselves are beginning to view Ravikant’s startup as competition. When AngelList itself recently received investment interest from Sand Hill Road firms—on top of the $25 million it had previously raised—Ravikant said he would consider it if he also was given introductions to the firms’ own limited partners. That stopped the conversations cold.

“VCs treat their limited partner relationships like they’re gold,” Ravikant explains. “Even within VC firms, the senior partners have the LP relationships and won’t share them with junior partners. We don’t want to play that game, so we’re going to the institutions directly.” In bypassing the traditional model, Ravikant may be in the process of changing it radically.