The end is nigh: Google has developed a robot that crane stands 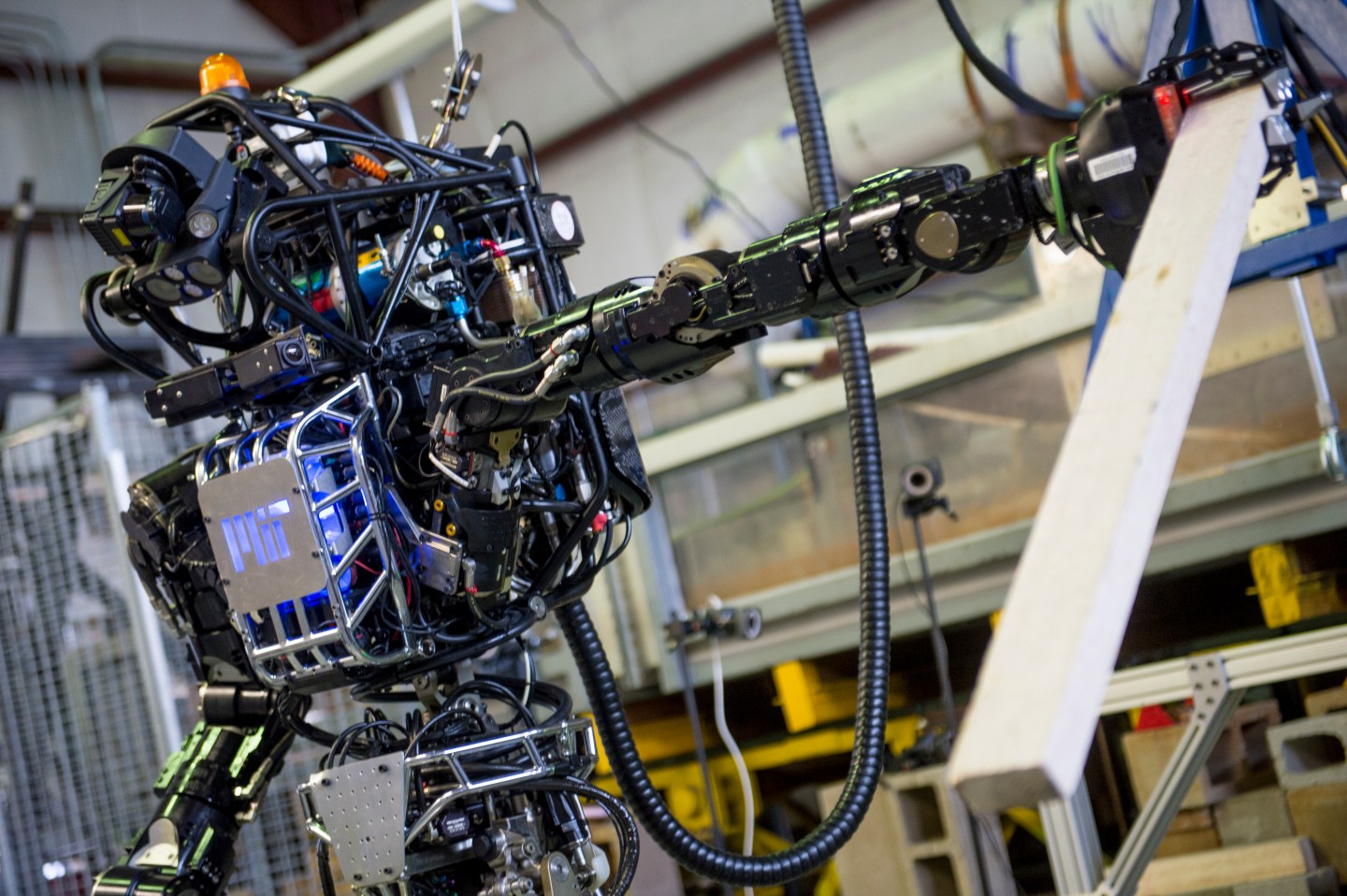 Wax on, wax off never sounded so terrifying.

In a move that humanity will surely regret, the engineers at a Google (GOOG) division have developed a robot that can imitate the famous “crane” stance from the 1980s classic movie “The Karate Kid.”

According to the Daily Mail, which shows the robot building up to a “crane kick,” the machine was designed by engineers at Google subsidiary Boston Dynamics. It stand at 6’2″ and weighs 130 pounds. It is officially called an Atlas Robot, and is nicknamed Ian.

And the crane stance isn’t all. The Florida Institute for Human and Machine Interaction has developed software that allows the android to drive a car, which can only lead to Terminator like scenarios.