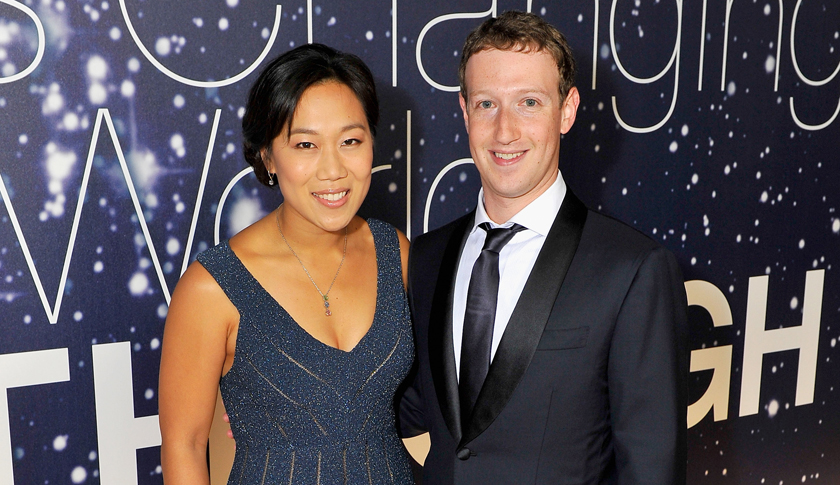 Some of Silicon Valley and Hollywood’s biggest names converged Sunday in Mountain View, Calif. for the Breakthrough Prize, an annual awards ceremony that recognizes achievements in science and mathematics.

“Fifty years ago, Albert Einstein was a true celebrity and a household name, but if you look at the list of top 200 celebrities in the world, I don’t think you will find one scientist on that list,” said Yuri Milner, a Breakthrough Prizes co-founder and tech investor whose investments include Facebook (FB), Twitter (TWTR) and Spotify.

One of the Breakthrough Prizes’ goals, Milner explained, is to help young people understand that scientific success can be financially and socially rewarding. By bringing in celebrities and a red carpet to the event, Milner is trying to give scientists and their projects a veneer of cool.

Sergey Brin, Google’s co-founder, said “I’m very excited to be part of an evening that recognizes some of today’s brightest scientists and minds.”

The Breakthrough Prize, whose founders also include Mark Zuckerberg, Alibaba (BABA) founder Jack Ma, and 23andMe CEO Anne Wojcicki, were created last year to celebrate scientists and their accomplishments. This year, cash prizes of $3 million were awarded in the areas of physics, mathematics and life sciences. Winners included Gary Ruvkun, a life sciences laureate for his work in genetics, and Natalia Toro in the physics category, for pioneering an area of physics at the Large Hadron Collider, the world’s largest particle accelerator near Geneva, Switzerland. All 14 winners received a trophy and $3 million each.

“There are about 5% of the U.S. who are scientists and engineers,” said Ruvkin before receiving his award. “We just want to inspire a little 10-year-old who might feel that he or she isn’t say, the best baseball player.”

The venue, a makeshift structure erected in just two weeks at NASA’s Ames Research Center, resembled a smaller-scale, tech-focused version of the Golden Globe Awards: video of the solar system punctuated a sleek stage of silver lattice work. An industry where hoodies and sneakers are commonplace, the Breakthrough Prizes mandated black tie attire instead. Guests played by the rules for the most part. Even Brin, who came last year donning a pullover hat, fleece zip-up and sneakers, dressed up this time, pairing a black tux jacket and gray t-shirt, quietly chatting with people at his table. At the table next to him, Beckinsale and Musk remained locked in playful conversation throughout the two-hour event, ignoring others.

Dropbox CEO Drew Houston contended the Breakthrough Prizes, which will be televised later this month, were more than your average star-studded event. “If you don’t see role-models being recognized for their achievements, you’re not going to have as many kids aspire to do that, so it’s symbolic of the kinds of things we should be doing to celebrate these extremely talented people who are moving everything forward,” he said.

MacFarlane summed it up. “If you guys were out throwing footballs, we’d all have polio,” he joked.

(Correction: This story was updated to correct the spelling of Gary Ruvkun’s last name)