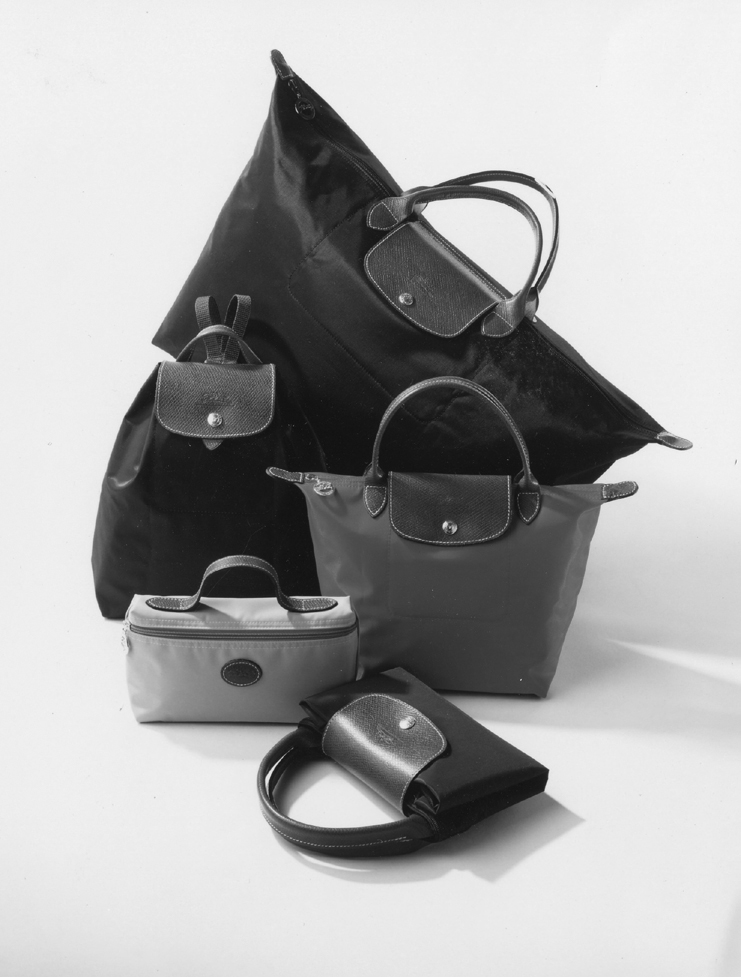 French high-end handbag maker and longtime Kate Moss favorite Longchamp has been around since 1948, famed for its coveted “Le Pliage” bags and understated approach to luxury. And yet Longchamp is only now getting around to opening a big Paris flagship store, next month on the Champs-Elysées. The reason: to lure tourists, particularly those from China and the Middle East, who have fueled the luxury sector’s growth in the last few years.

At the same time, Longchamp has been gradually building up its 17-store North American footprint, with a new store in Washington, D.C., and a first Canadian store coming soon to Toronto, as the family-owned business looks to tap North America’s ongoing luxury boom. (Last month, consulting firm Bain & Co issued a forecast showing how China and the U.S. will lead the way in the next few years.)

Longchamp, as one of the few stand-alone European luxury brands in a landscape dominated by conglomerates Kering and LVMH, enjoys the freedom of a privately-held company, and thereby avoided mistakes others have made (see Coach (COH) and the brand erosion it is trying to contain) and kept the bulk (60%) of its manufacturing in France, something Longchamp views as a key competitive advantage.

CEO Jean Cassegrain, the grandson of the company’s founder, was in New York for the 20th anniversary of the signature Le Pliage handbag (which has sold 32 million units) and spoke with Fortune at Longchamp’s Madison Avenue store about the role of tourism in company growth, the idea behind a flagship, why too many outlets are a risk and why Made in France still matters.

In 2010, you said that the U.S. was an emerging luxury market—is that still the case?

“It’s still a growing market. There is still room to grow, so we’ll still far from having saturated this market. In that sense, yes, it is still emerging because there are many places and many cities where we still do not have adequate representation of the brand and where we can still grow and do better.” [Longchamp currently has 17 stand-alone U.S. stores, in addition to sections at such department stores as Macy’s (M) and Nordstrom (JWN) and is looking at markets like Texas, Chicago and Los Angeles.]

You are a well-established brand in your home country. Why a flagship now on the Champs-Elysées?

“Tourism was a major factor in that decision. Every single tourist who goes to Paris wants to walk the Champs-Elysées, so there is a very significant tourist market there.”
“Customers are traveling a lot, they visit our stores around the world, so I think we should avoid making all stores identical, otherwise it gets boring.”

Part of the idea of the flagship is to draw tourists from China. You have stores in China, so why is a flagship in Paris important to reaching that clientele?

“The big difference between the Chinese and the other two [French and Americans] is that most of their shopping is done outside of their own country. We do have a lot of Chinese customers in Paris—they’ve become a significant part of the business.” [The Chinese are Longchamp’s second biggest customer base, behind the French, but ahead of Americans.]

Some luxury companies have reported a slowdown in China of late—that has not been Longchamp’s experience. Why not?

“We are not seeing a slowdown for the moment. Some other brands have expanded very fast in China and have gotten very quickly to the saturation point. We have been a little bit slower so I think in the end, it plays in our favor because we are not on every corner. Otherwise the product is too ubiquitous-then people get tired of it rather quickly.”

Outlets have been a big source of growth for many luxury brands. Longchamp only has two U.S. outlet stores, Woodbury Common near New York and a new one in Chicago. Any plans for a larger fleet of outlet stores?

“We feel two is enough.”

“We still have the old-fashioned way of looking at outlets as a tool to dispose of extra inventory. We don’t see specific product lines for outlets. We are not in that philosophy. “

Some 60% of your products are made in France—why is that important?

“It’s part of our DNA to be French manufacturers. I think it’s very important for the brand.”

“Nowadays every single fashion brand sells handbags, but very few actually make them, so the fact that we are manufacturers I think is important, gives authenticity to the product. It also makes us more competitive.”

“It’s our intention to remain a French manufacturer for years to come.”