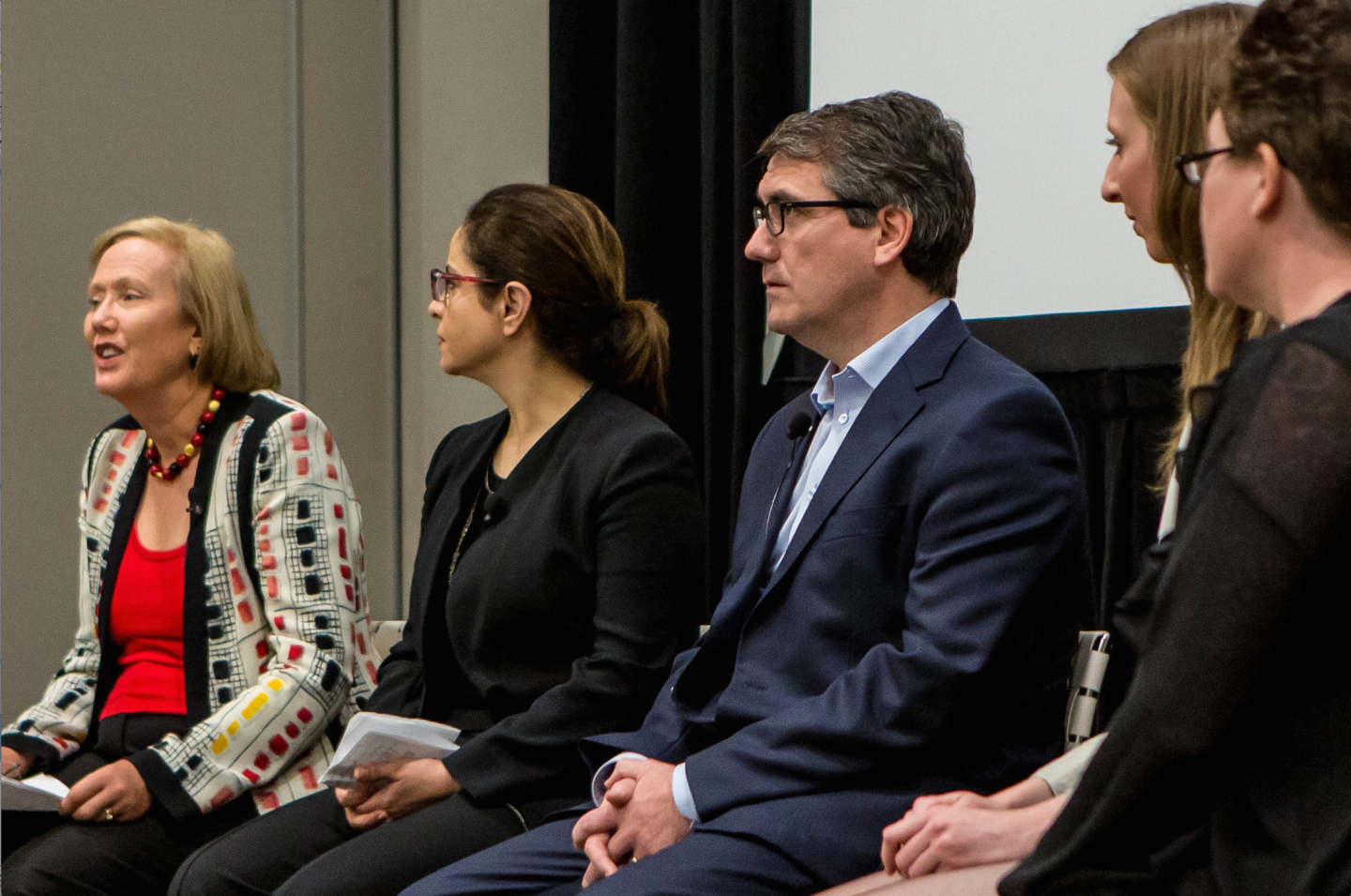 In 2011, Dell executive Aongus Hegarty was looking to build out his team. The newly-appointed president of Europe, Middle East and Africa (EMEA) asked for the names of the company’s best senior leaders.

After some time, he received 15 names. Just one belonged to a woman.

“It was then that I realized that my team wasn’t as successful as it could be,” Hegarty said in an interview with Fortune at the annual Dell World conference in Austin, Texas. “Leaders tend to bring people in that have similar experiences, but to excel you need a really diverse team.”

Hegarty, who now also co-leads Dell’s EMEA women’s network, says diversity is good for Dell not just from an ethical standpoint. He champions bringing in more female leaders because he can see the results in the company’s financial statements. In 2011, roughly 7% of his leadership team was female. Now, women make up a third of his team, and he believes that Dell’s business in the region has benefited tremendously from the diversity.

“I see it in our business, our results and our performance,” he said. “It’s there. No question.”

Hegarty’s comments were echoed in a subsequent panel discussion on closing the gender gap in IT. Nasrin Rezai, chief technology risk officer at financial services firm State Street, said if men are going to take gender diversity seriously, you need to show them how it can increase performance. Having worked with mostly male execs for her entire career, Rezai says men are very transaction-focused. If you show them that investing in more female talent will generate a higher return, they will most likely be interested.


Anna Beninger, director of research at Catalyst, said Hegarty’s and Rezai’s personal experiences are both spot on with what she sees in her studies. Companies with women on boards and in executive leadership positions have been found to outperform. Once male executives leaders realize they could lose market share by not making their teams as diverse as their customers or clients, they start to listen.

To get more men actively thinking about diversity and gender inclusion, Catalyst launched an online community called Men Advocating For Real Change. MARC also offers a six-month program for men committed to achieving gender equality in their workplaces. Dell is the first (and only) IT company to sign on to Catalyst’s initiative (so far).

“When you’re a white male, it’s hard to know what it’s like to be anything other than a white male,” said Beninger. “This program goes beyond awareness to action.”

Hegarty acknowledges that Dell and the IT industry have a long way to go. Yet each time he has a conversation on the topic, he says he makes sure to push himself to learn more about experiences outside of his own. After all, his bottom line could very well depend on it.

“We won’t stop until we have 50% women in leadership,” he said. “That’s when we know we truly share our customers’ experiences.”

To subscribe to Caroline Fairchild’s daily newsletter on the world’s most powerful women, go towww.getbroadsheet.com.