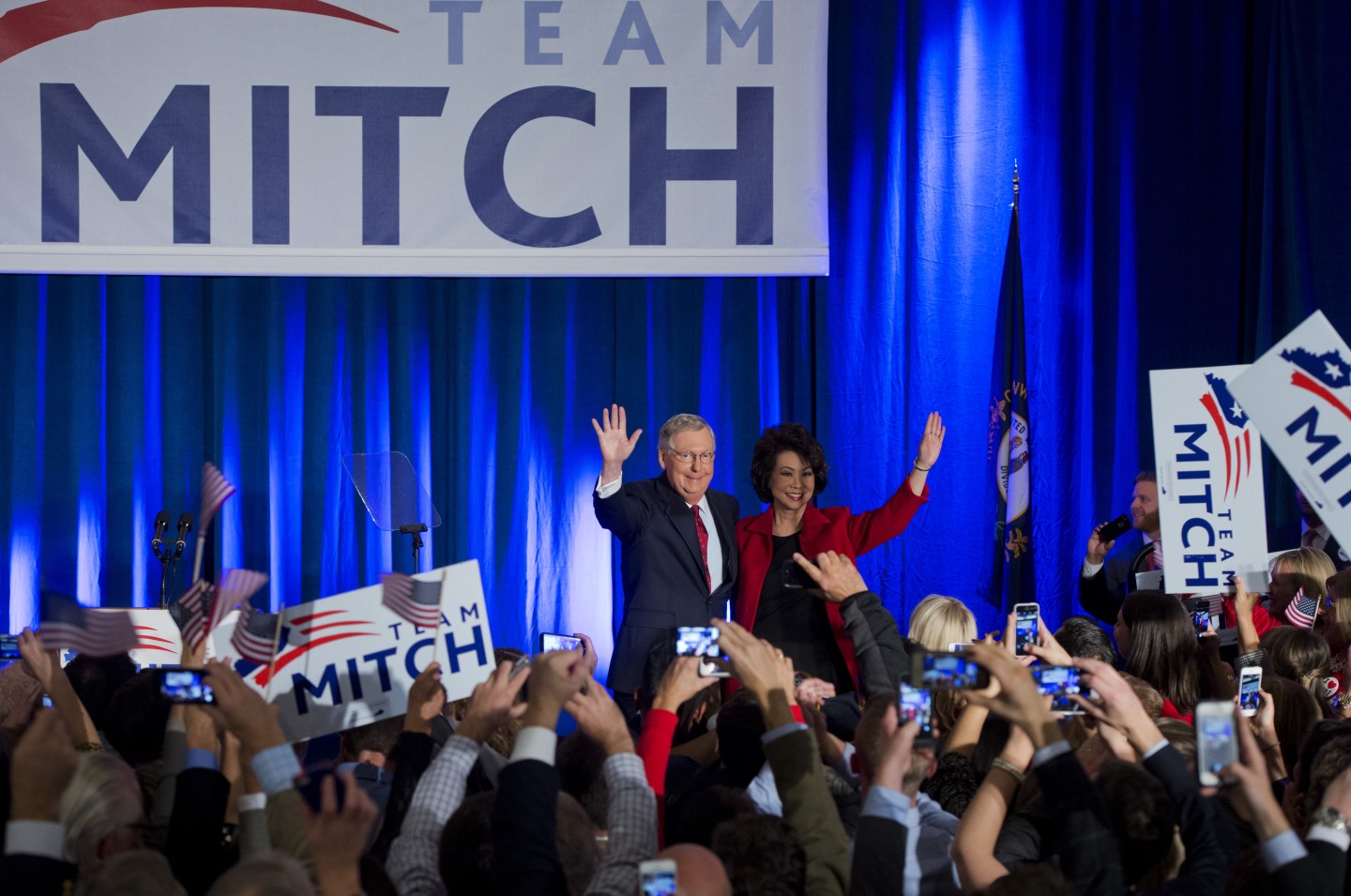 U.S. stocks look set to move higher at Wednesday’s open after Republicans regained control of the Senate and broadened their majority in the House in Tuesday’s midterm elections. Today, myriad companies report earnings, and there’s more news from the California bond shop Pimco. Here’s what else you need to know in business news today.

As was widely expected, the Republican’s took control of the Senate last night, picking up seven Senate seats to win the majority in the chamber. Republicans also made gains in some gubernatorial races. Of course, with the election over, thoughts are immediately turning to the presidential election in 2016 — what will the unified Republican Congress and Democratic President Barack Obama be able to do that impacts that contest? Taxes and energy policy are expected to be important issues for the GOP.

A number of major media companies will be reporting earnings today, including Time Warner (TWX) — it posted a major beat of analysts’ expectations, while CBS (CBS) reports this afternoon. This afternoon will also see a report from Tesla (TSLA), where we’ll get a glimpse into sales of the company’s electric vehicle — a hot topic last week.

You can probably add three names to the list of places where you can legally smoke pot recreationally in the U.S. Although it’s not official yet, it seems that Oregon, Alaska, and Washington, D.C., all passed measures legalizing the drug. Voters in Florida rejected a constitutional amendment legalizing medical marijuana.

Turns out people still trusted Bill Gross — and with him gone, they don’t trust Pimco. The Pimco Total Return Fund lost $27.5 billion in outflows in October after the Bond King jumped ship to Janus.

The world of luxury had a gathering last night, and it was one to remember. The latest art auction at Sotheby’s had record sales of $422.1 million, according to The Wall Street Journal. Check out Fortune’s list of some of the things you could have bought.