Why do most managers add no value to their teams? 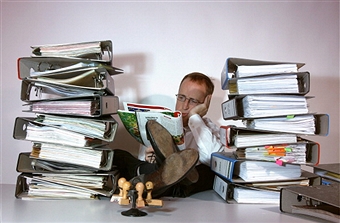 The following answers originally appeared in Quora for the question: Why do most managers add no value to their teams?

This answer may be more general than what you’re looking for, but there are a few things that come to my mind about what makes management such a mess in most companies.

I would say that I generally agree with the premise – that there is a large percentage of managers who do not contribute to the success or growth of their teams. But I would say that, quite honestly, it’s not always their fault. It’s often the case that people are promoted into management because they demonstrate that they can perform the daily tasks that they’re asked of efficiently and effectively – that somehow their performance as an individual contributor alone “qualifies” them to lead a team.

And this, quite simply, is not the case. There are certain skills and talents that one must have to be an effective leader and a good manager. And these aren’t always innate abilities – but we in the business world just expect someone to be promoted and hit the ground running. It’s rare, especially in small companies, for a manager to get any real training or education in how to manage a team – and when they then get promoted later, the person who steps into their shoes has no mentor to help them out; what you eventually wind up with is an entire organization that lacks any real understanding of or appreciation for actual leadership capabilities.

How this winds up displaying itself is in the very ineffectual behaviors that you apply there – when someone is in a position of authority, but doesn’t know what to do, the last thing they want is to show that they’re uncertain. So they overcompensate, sometimes massively. Anyone who asks a question is challenging their authority; every single status report has to be detailed down to the roots, so that they don’t ever say “let me check on that” to the Exec team; they’re unable to delegate authority and responsibility because they simply can’t trust other people, who may be capable of doing their job better than they are.

And, once they’re in that position of authority, the worst case is that they begin to think they deserve it – and that they deserve more authority and more power, not because they’re good at their job anymore, but because they’re “the manager” and that’s how it works. Contrary to how things work in reality, it’s just not good business to place people in positions of leadership without a history of leadership success or the training to help them be effective leaders.

But here’s the reality of companies today. There are many layers of managers between the doer and the CEO. In order for this organizational structure to work, every layer must have a manager better than the people below her. But we know this can’t possibly be true. A great example comes from so called “knowledge workers” who often are capable people who can make good decisions given access to the right information. Instinctively, or unconsciously, managers know this to be true, so oddly most engage in preventing access to the needed knowledge (they become gatekeepers) in order to justify the great wisdom they bring to decisions.

So we need to ask the question: do we need managers? Is, in fact, the organization structure that says to some “you can tell these people what to do and you have control over their compensation” make sense?