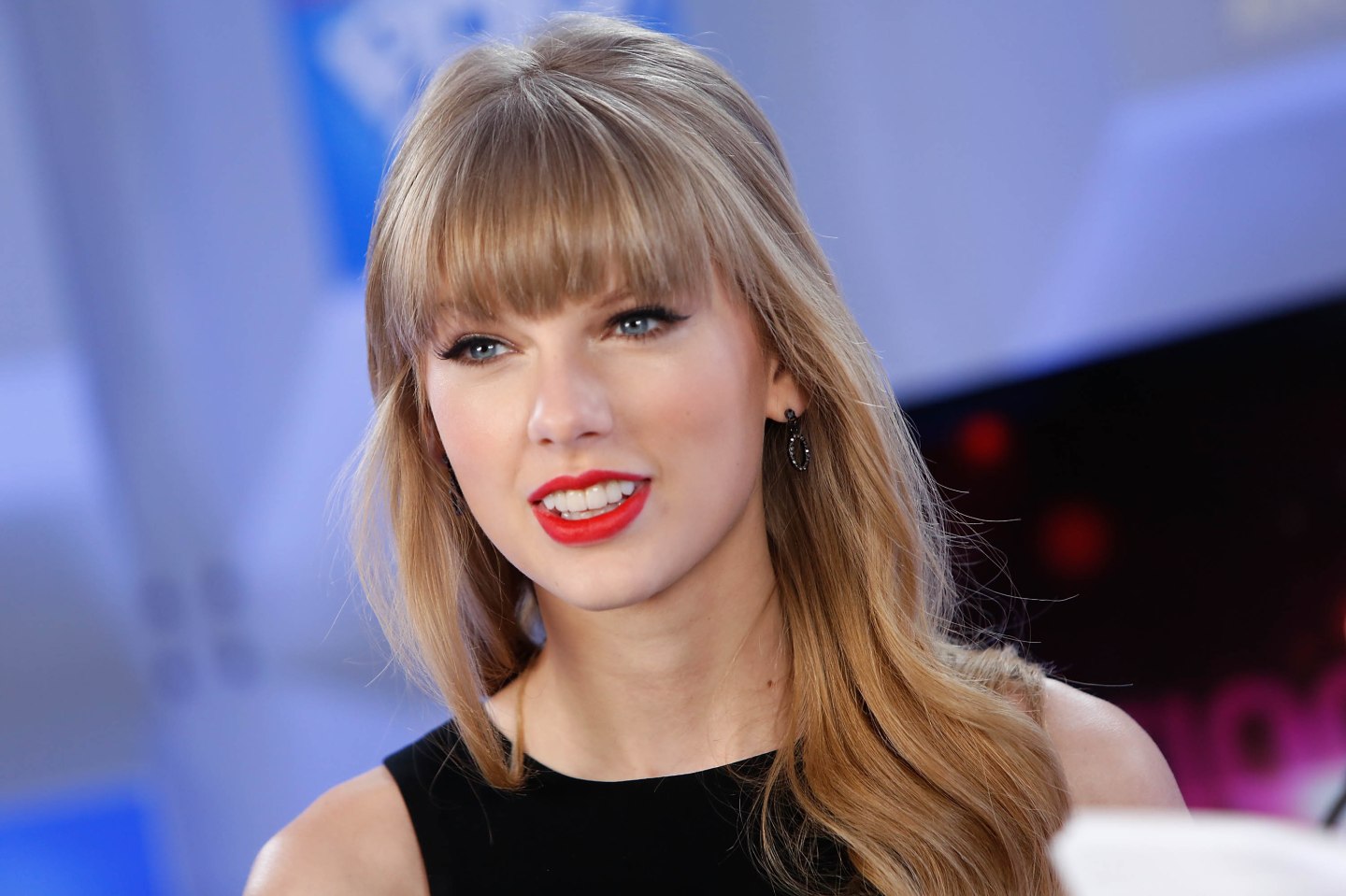 Taylor Swift has decided to remove her music from Spotify, the company announced in a pleading blog post Monday. The only song of hers remaining on the service is ‘Safe & Sound,’ from The Hunger Games soundtrack.

“We hope she’ll change her mind and join us in building a new music economy that works for everyone,” Spotify posted, noting that 16 million of its users have played Taylor Swift music in the last 30 days and that she appears on 19 million playlists.

Swift refused to allow her 2012 album, Red, on Spotify when it first debuted, but it later appeared for Spotify users to enjoy. Her most recent release, 1989, never appeared on Spotify. The artist has also been vocal about her thoughts on music sharing.

“Piracy, file sharing and streaming have shrunk the numbers of paid album sales drastically, and every artist has handled this blow differently,” Swift wrote in a Wall Street Journal op-ed earlier this year. “It’s my opinion that music should not be free, and my prediction is that individual artists and their labels will someday decide what an album’s price point is. I hope they don’t underestimate themselves or undervalue their art.”

Spotify even created a playlist in honor of the absent superstar, called “What to Play While Taylor’s Away.” It includes artists like Katy Perry, Leagues, Ed Sheeran, and One Direction — which is awkward for Taylor’s ex, One Direction’s Harry Styles.

The post ended on a note of desperation, “P.S. Taylor, we were both young when we first saw you, but now there’s more than 40 million of us who want you to stay, stay, stay. It’s a love story, baby, just say, Yes.”