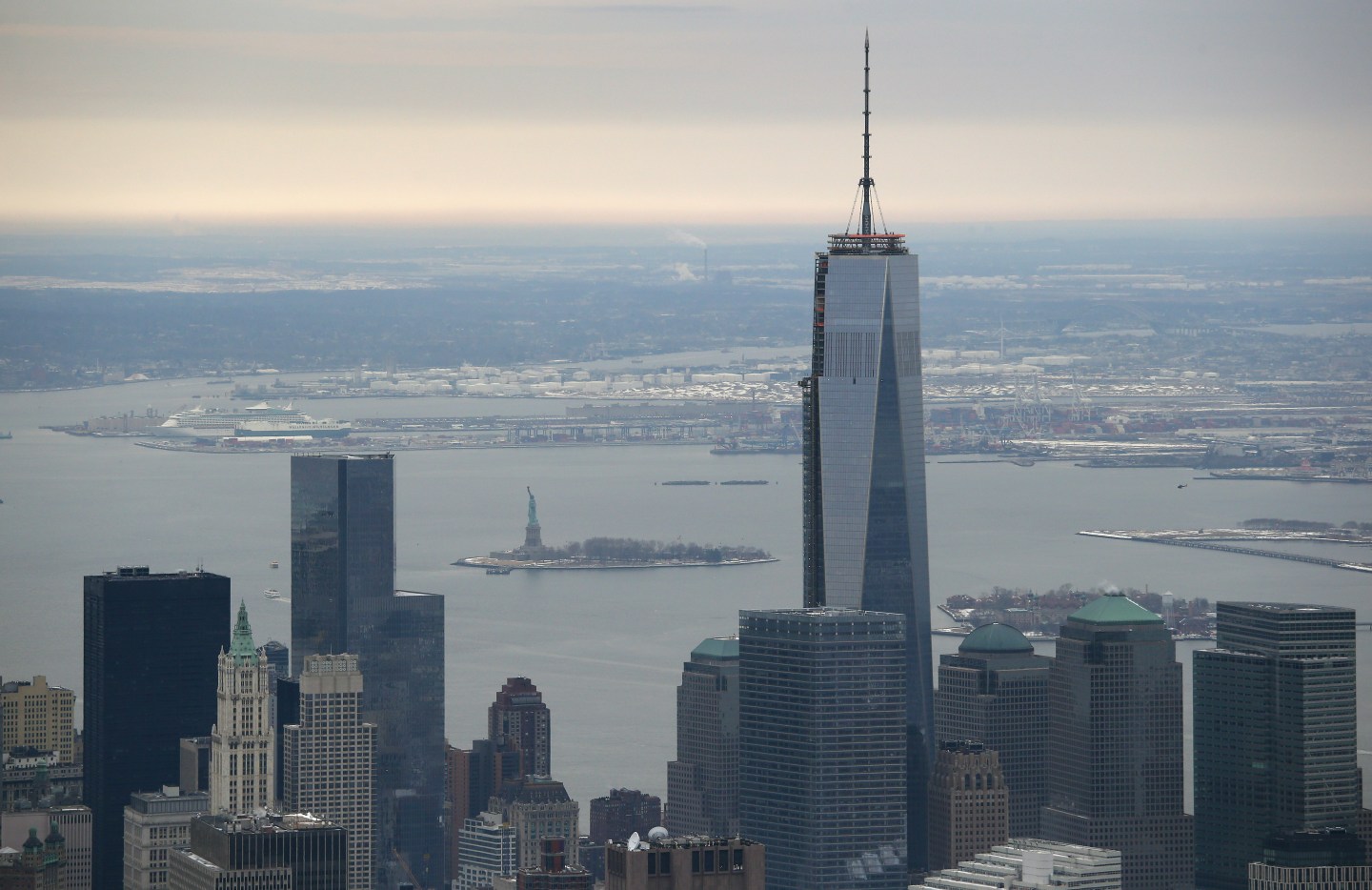 NEW YORK, NY - JANUARY 31: One World Trade Center, the tallest building in the Western Hemisphere, rises over downtown Manhattan as seen from the window of a Customs and Border Protection (CBP), Blackhawk helicopter ahead of Super Bowl XLVIII on January 31, 2014 in New York City. Helicopters flown by "air interdiction agents" from the CBP's Office of Air and Marine (OAM), are providing air support for Super Bowl XLVIII between the Denver Broncos and the Seattle Seahawks this Sunday. The Statue of Liberty is seen the the background. (Photo by John Moore/Getty Images)
Photograph by John Moore — Getty Images

New York City’s revival from its darkest hour 13 years ago will be completed on Monday, when One World Trade Center officially opens for business.

The western hemisphere’s new tallest building, also known as Freedom Tower, will welcome Condé Nast as its first tenant. The publishing giant is making the 20th to the 44th floors its new global headquarters.

The 1,776-ft. high tower was initially set to open in 2006 but became fraught with delays and political grappling. It provides a statement of hope and resurgence on the New York City skyline after the attacks of 9/11 that destroyed the iconic twin towers of the World Trade Center.

“I’m like everybody else, looking at this place in amazement,” Kevin Murphy, who headed the team of ironworkers that helped piece the tower together, told TIME in March. “This is going to define New York.”