Here are the big, terrifying numbers on Halloween spending 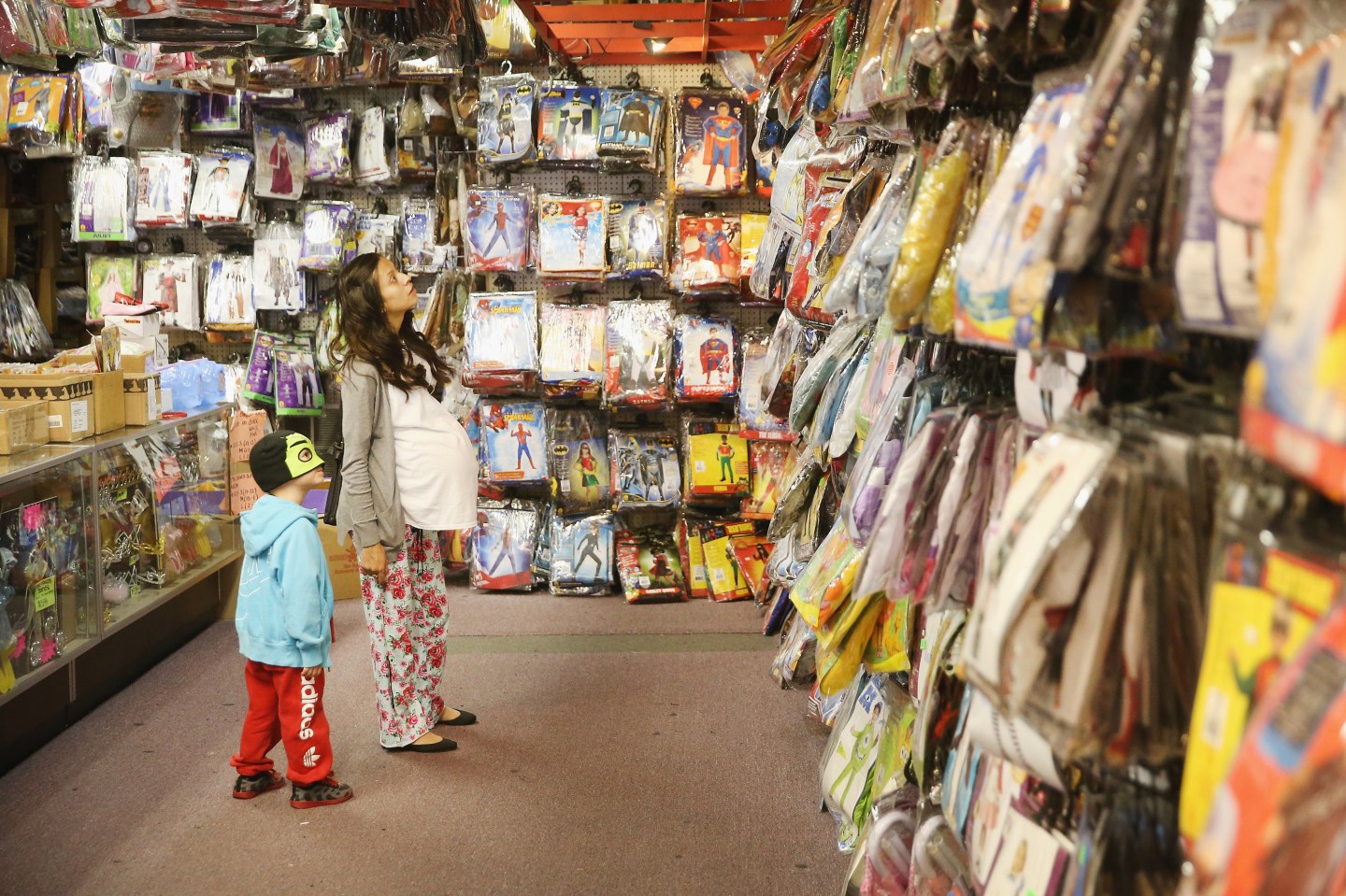 CHICAGO, IL - OCTOBER 28: Maritza Campos helps her son Yohel shop for a Halloween costume at Fantasy Costumes on October 28, 2014 in Chicago, Illinois. With about a third of the population either attending or throwing Halloween parties, Americans are expected to spend $7.4 billion on the holiday this year. Fantasy Costumes will stay open 24 hours-a-day from October 24 until October 31. (Photo by Scott Olson/Getty Images)
Photograph by Scott Olson—Getty Images

Well, the day is here: it’s Halloween. Whether you plan on spending today out Trick-or-Treating with your kids (trying to remember which Princess Elsa is yours), or out at a party with friends (trying to remember how to get home), or even inside with the lights out and the curtains drawn (trying to figure out the best way to ignore the people constantly ringing your doorbell), the fact is you’re part of this special day in America. Here are a few stats about just how much money will be spent on the holiday — trust us, it’s scary stuff.

All data courtesy of Statista and The National Retail Federation.

Yes, you read that right. Americans are going to spend more than $7.4 billion on a holiday that is, if we're being honest, meant only for children under the age of about 12. For a little context: That figure is bigger than the gross domestic product of several small European countries, including Montenegro, Monaco and Lichtenstein.

It's not Halloween if you're not in a costume, and we spend the money to prove it. What will you be seeing a lot of this Halloween? For adults, expect to see a lot of witches, Batman characters, and animals. For kids, you'll see princesses, animals, and Spidermen. Believe it or not, more money — $1.4 billion — will be spent on adult costumes than on children's costumes, where total spending will be $1.1 billion.

OK, maybe we've gone too far. Americans will spend $350 million to dress up little Fido for the holiday, something we're sure all these dogs actually enjoy. This year our four-legged friends are most likely to be dressed up as a pumpkin, a hot dog or a devil.

After costumes, candy is probably the most important part of Halloween (maybe it even outpaces costumes, depending on who you ask.) Kids everywhere will hope that more of that $2.2 billion will be spent on Reese's Cups and Kit-Kats than on Charleston Chews and Necco Wafers.