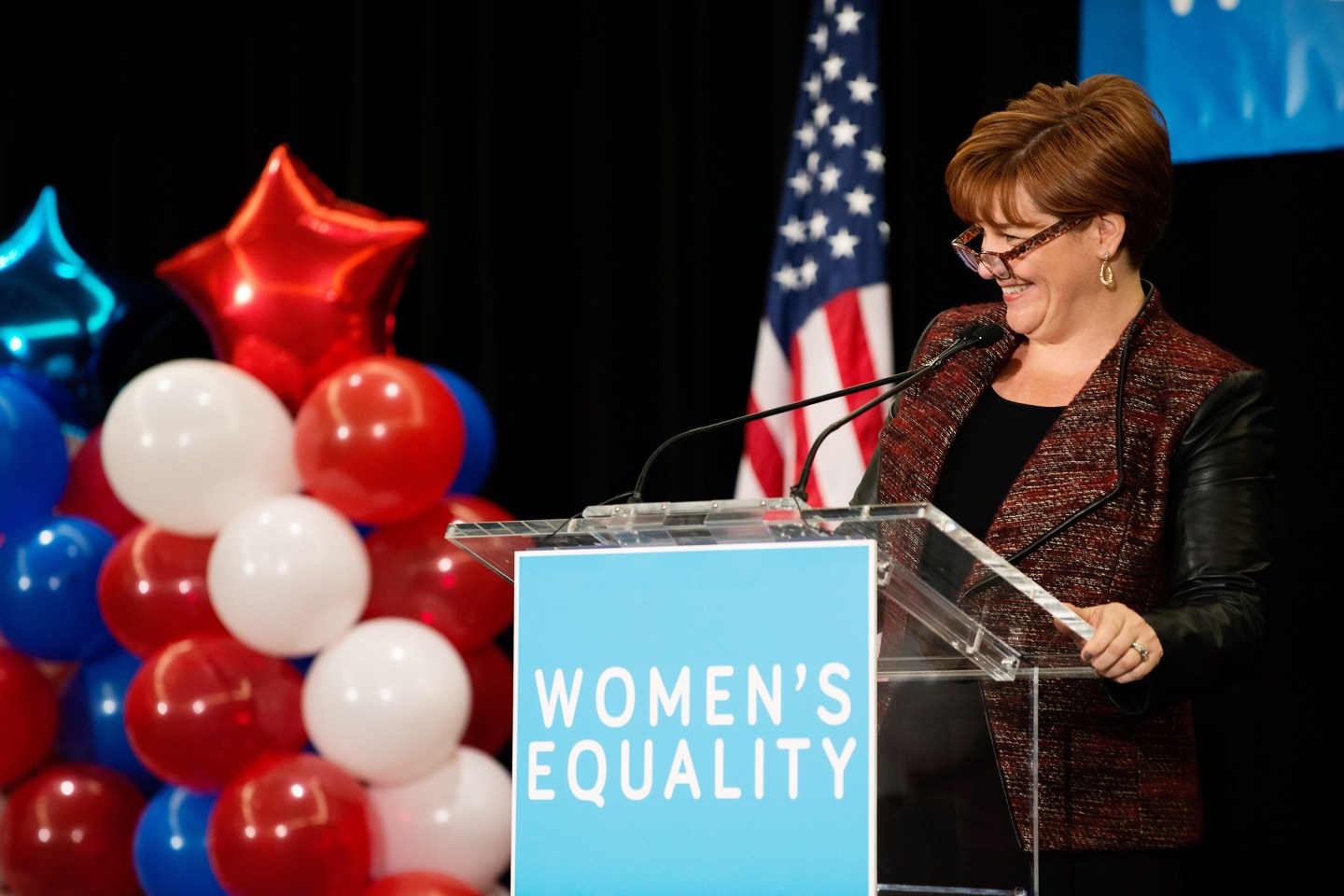 There isn’t a political party in the U.S. that’s all about women’s rights. Former New York City Council Speaker Christine Quinn thinks we need to change that.

Quinn is working with New York Governor Andrew Cuomo and lieutenant governor candidate Kathy Hochul to make the Women’s Equality Party an official political party recognized by the state of New York. To do so, they need 50,000 votes on Tuesday for Democratic candidates running under the WEP line – Gov. Cuomo is standing in as a figurehead – so that the party can be permanently included on future ballots. The party’s first order of business would be to get the Women’s Equality Act passed, which, among other things, would guarantee equal pay for women across the state.

In an interview with Fortune, Quinn explained why she thinks New York must create an entirely new party in order to get pro-women legislation passed.

Why does New York need a Women’s Equality Party?

If you ask most New Yorkers, even most female New Yorkers, they would think there is a state law that codifies Roe vs. Wade. They would think that we had statewide protections against discrimination if you’re pregnant. They would think we had required pay equity in New York. But that’s not true. The efforts to get these things into law have failed in Albany. We need more political muscle, more tools and a bigger team pushing on behalf of the needs of women. I am under no illusion that legislation is a silver bullet. I know it’s not, but I know it’s a first and critical step to bring full equality for women and girls.

What are some reasons that you decided to become the spokesperson for the party?

My goddaughter just started as a freshman at NYU. I don’t want her to work her tuchas off at NYU and then graduate in a city where her work isn’t as recognized as the young men in her class. We have the ability to take a big step forward in that arena by passing the Women’s Equality Act. She deserves that because no one is working harder than she is.

Why doesn’t any other state have a party like this?

No other state is as good as New York. (Laughs) No, I don’t know. Sometimes in politics you work with what you have. That is not a bad thing. We often do that. But to step back and say we need to add something here, it is not always what you do first. It is a lot of effort and work and it could not work. That would be embarrassing. Our natural inclination is to keep using what we have.

You have received some criticism from The Working Families Party that Women’s Equality Act will take away some of their power. What is your take on that criticism?

It isn’t unfamiliar. When the Working Families Party was being formed in the late 1990s, I was a council member and I supported its formation. The Democratic leaders in my district were furious. “This going to weaken the Democratic party,” they would say. Change is hard. Addition of new people is hard. The same way that that criticism and concern is unfounded, I think this current concern is unfounded. This isn’t about instead of, it’s about in addition to. We need more to get this particular ball over the goal line. We are pulling together more.

How are you encouraging younger voters — particularly young women — to vote for this party?

A majority of the candidates running on the Women’s Equality Party line are men. Why is that?

The Republicans spent a lot of money in court, and had many of our women candidates dropped off the line. It started with a more gender diverse set of candidates, but the Republicans put an end to that. We also need more women to run for office. That is a fact and hopefully the party will be helpful with that. Any parties breakdown of candidates is not going to be as gender diverse as we would like it to be.

The first step was the requirement of getting 50,000 petition signatures and we got 100,000. That speaks volumes about the need and excitement of this party. I do think we are going to do it, but it is hard to know for sure. I have never been a part of this kind of effort and this level before. I am very optimistic.