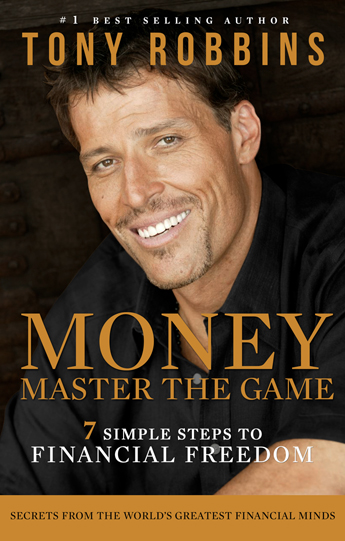 We’ve all heard the maxim: “Ask and you shall receive!” But if you ask better questions, you’ll get better answers! It’s the common denominator of all highly successful people. Bill Gates didn’t ask, “How do I build the best software in the world?” He asked, “How can I create the intelligence [the operating system] that will control all computers?” This distinction is one core reason why Microsoft became not just a successful software company but also the dominant force in computing—still controlling nearly 90% of the world’s personal computer market! However, Gates was slow to master the web because his focus was on what was inside the computer, but the “Google Boys,” Larry Page and Sergey Brin, asked, “How do we organize the entire world’s information and make it accessible and useful?” As a result, they focused on an even more powerful force in technology, life, and business. A higher-level question gave them a higher-level answer and the rewards that come with it. To get results, you can’t just ask the question once, you have to become obsessed with finding its greatest answer(s).

The average person asks questions such as “How do I get by?” or “Why is this happening to me?” Some even ask questions that disempower them, causing their minds to focus on and find roadblocks instead of solutions. Questions like “How come I can never lose weight?” or “Why can’t I ever hang on to my money?” only move them farther down the path of limitation.


I have been obsessed with the question of how do I make things better? How do I help people to significantly improve the quality of their lives now? This focus has driven me for 38 years to find or create strategies and tools that can make an immediate difference. What about you? What question(s) do you ask more than any other? What do you focus on most often? What’s your life’s obsession? Finding love? Making a difference? Learning? Earning? Pleasing everyone? Avoiding pain? Changing the world? Are you aware of what you focus on most; your primary question in life? Whatever it is, it will shape, mold, and direct your life. This book answers the question “What do the most effective investors do to consistently succeed?” What are the decisions and actions of those who start with nothing but manage to create wealth and financial freedom for their families?

In the financial world, [hedge fund manager] Ray Dalio became obsessed with a series of better-quality questions. Questions that led him to ultimately create the All Weather portfolio. It’s the approach you are about to learn here and has the potential to change your financial life for the better forever.

“What kind of investment portfolio would one need to have to be absolutely certain that it would perform well in good times and in bad—across all economic environments?”

This might sound like an obvious question, and, in fact, many “experts” and financial advisers would say that the diversified asset allocation they are using is designed to do just that. But the conventional answer to this question is why so many professionals were down 30% to 50% in 2008. We saw how many target-date funds got slaughtered when they were supposed to be set up to be more conservative as their owners neared retirement age. We saw Lehman Brothers, a 158-year-old bedrock institution, collapse within days. It was a time when most financial advisers were hiding under their desks and dodging client phone calls. One friend of mine joked painfully, “My 401(k) is now a 201(k).” All the fancy software that the industry uses—the “Monte Carlo” simulations that calculate all sorts of potential scenarios in the future—didn’t predict or protect investors from the crash of 1987, the collapse of 2000, the destruction of 2008 … the list goes on.

If you remember those days back in 2008, the standard answers were “This just hasn’t happened before,” “We are in uncharted waters,” “It’s different this time.” Ray doesn’t buy those answers (which is why he predicted the 2008 global financial crisis and made money in 2008).

Make no mistake, what Ray calls “surprises” will always look different from the time before. The Great Depression, the 1973 oil crisis, the rapid inflation of the late ’70s, the British sterling crisis of 1976, Black Monday in 1987, the dotcom bubble of 2000, the housing bust in 2008, the 28% drop in gold prices in 2013—all of these surprises caught most investment professionals way off guard. And the next surprise will have them on their heels again. That we can be sure of.

But in 2009, once the smoke had cleared and the market started to bounce back, very few money managers stopped to ask if their conventional approach to asset allocation and risk management might have been wrong to begin with. Many of them dusted themselves off, got back in the selling saddle, and prayed that things would just get back to “normal.” But remember Ray’s mantra, “Expect surprises,” and his core operating question, “What don’t I know?” It’s not a question of whether or not there will be another crash, it is a question of when.