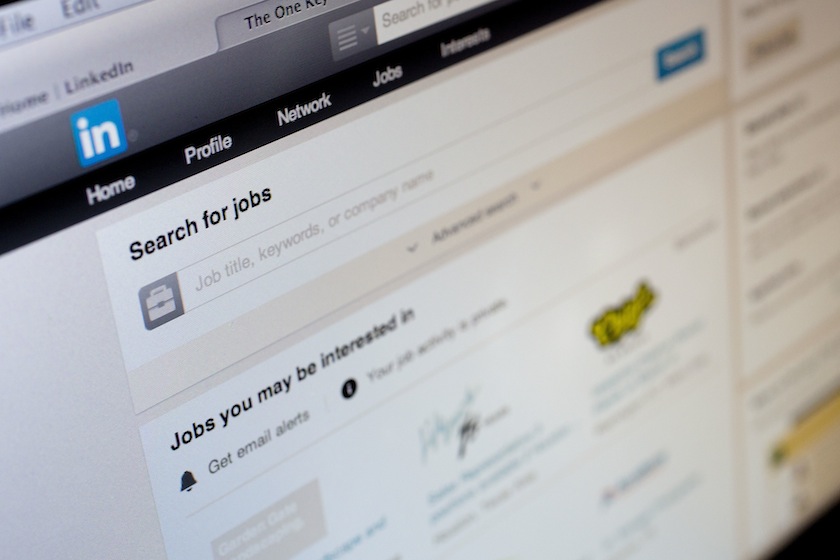 Secret phone calls, late night emails, hidden plans. Many might think you’re having an affair, and in many ways, you are. These are the typical idiosyncrasies of an employee looking for a new job. But like most affairs, your covert operation is probably more public than you realize.

With an improving economy and the lowest unemployment rate since the recession, employees are more upbeat than they have been in years about finding a new gig. Job search site Glassdoor found that in the third quarter of 2014, 47% of employees felt confident that they would find a new position in the next six months that would be fitting for their experience level. That’s an 11 percentage point increase compared to four years ago.

The old tell-tale sign that you were interviewing for a new position used to be coming into work wearing a pressed suit or dress that outmatched your typical jeans and button-up shirt. While managers can still spot that a mile away, there are now many other indicators at their disposal.

Bear in mind, though, there are some benefits of having your current company find out you are looking for work elsewhere. You could get a boost in pay if you’re considered valuable enough. Or they may rush that promotion they’ve been holding back. But, typically, when a manager learns your secret, it doesn’t lead to a friendly conversation, because you’ve broken their trust. Even worse, they may rush to find a replacement before you even have an offer.

If you want to make sure your manager remains in the dark while you test the waters, keep in mind that the following signs that will tip your boss you are looking.

One of the first things job seekers do is turn to LinkedIn. Searching your social media contact base can lead to new opportunities. But if you’re connected with your boss on the site, remember, they can see everything you do if your privacy settings aren’t switched on. So, if you start connecting with a number of managers from competitive firms, you can bet your employer will put up a red flag.

However, if you’re connecting with a number of acquaintances or third-level contacts on LinkedIn, there’s less of a chance it will lead to a job. In fact, University of Texas at Austin professor Rajiv Garg found that adding weak connections can actually reduce the number of job offers a person receives.

To avoid putting up this red flag, though, career expert and blogger Heather Huhman suggests keep up with LinkedIn outreach whether you’re looking for a new job or not. That way, it’s not a warning sign when you’re searching. If you have a boss that calls you out on it, explain “you’ve continued to network throughout your time with the company,” says Huhman.

The wrong job board can leave you exposed

When you’re looking for a similar job in your industry, it can feel like you have entered a very small, incestuous world. Perhaps that’s because there are only so many positions to go around in your field and at the level you’re looking for. Making matters worse, when you’re searching for a new gig on a job board, there’s a good chance your company is also looking for new talent on the same website. It certainly wouldn’t behoove an HR rep telling your manager they spotted your resume on The Ladders, Monster, or any other site you may upload your information to.

“It would be in their [the jobseeker’s] best interest to research each of the job boards prior to joining if they are worried about privacy,” says MedReps.com Michele Dambach. If you can’t hide your contact information, then you likely want to avoid the resume board altogether.

Considering the work-day is pretty much the same set of hours for all of us, it’s not always easy to get on a call with a potential job opportunity during the middle of the day. And if you’re a star performer at your current job, you probably aren’t having many personal conversations on a regular basis anyway. That can be a problem for jobseekers who suddenly need to jump on a number of personal calls. If your manager notices you talking on your cell phone or using a personal tablet much more often than you used to, they very well could suspect you’re looking for a new gig.

Many employers screen candidates by phone before asking them to come in for an interview these days, so it’s almost unavoidable to increase your cell phone use during the job search. Monster.com’s Mary Ellen Slayter suggests making sure you take those phone calls outside of the prying eyes of your employer. Go to a coffee shop a few blocks away to avoid raising any antennas.

Managers tend to love go-getters. You know the kind: the one who takes on as many projects as he or she can, planning months ahead of time. When that overachiever suddenly avoids long-term conversations, it can turn a manager’s eye.

At the same time, if you’re like this person, you don’t want to put your organization at risk by committing to projects that will be significantly hindered when you leave. MedReps’ Dambach suggests that you “begin to scale back gradually” if you’re thinking of starting a job search. It’s less noticeable if you volunteer for a few more short-term projects.

If that’s impossible, and you have a strong relationship with your manager, you might want to consider letting your boss know. Assuming it won’t put you into hot water with your current boss, it will allow your firm to prepare in case you do want to leave.

A little honesty can sometimes go a long way.