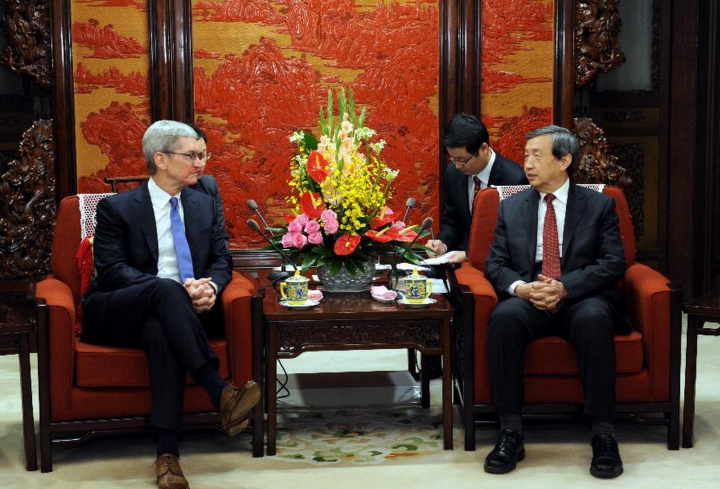 The CEOs of Apple and Facebook both flew to China this week. Both trips were noteworthy, but for different reasons.

Tim Cook was in China discussing “data privacy” with a vice premier only two days after reports that Apple’s iCloud service had been attacked by Chinese government-backed hackers.

But not as impressive as Mark Zuckerberg’s performance Monday at Beijing’s Tsinghua University, where he conducted a half-hour Q&A entirely in Mandarin Chinese.

Every year, according to Wired’s Marcus Wohlsen, Zuckerberg picks a skill or goal to pursue. This year the plan was to write one thoughtful thank-you note every day. In 2010, his aim was to learn Mandarin.

Zuckerberg, who is not a particularly gifted public speaker in his native language, seems looser in Chinese, cracking wise and getting real laughs.