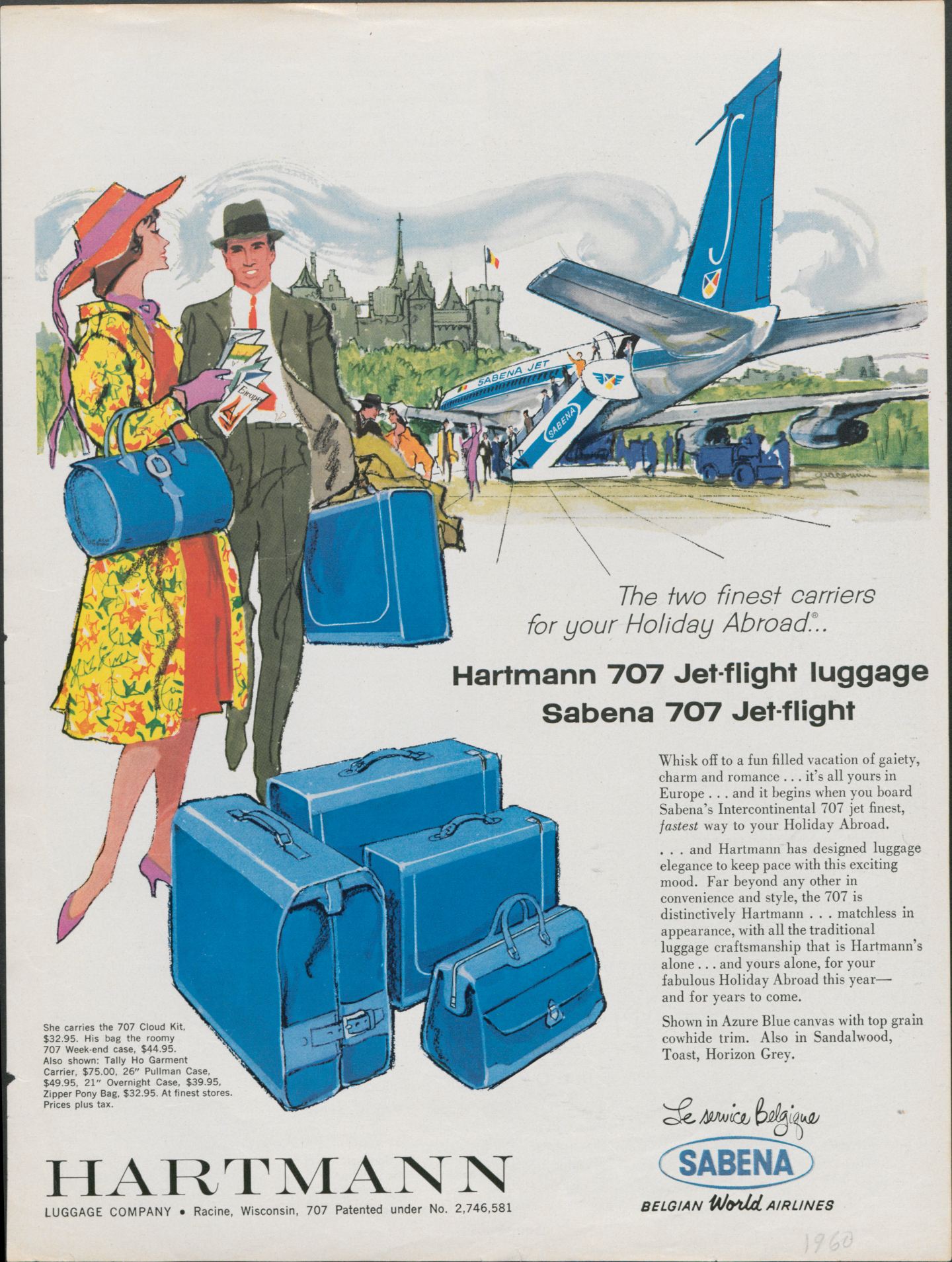 Samsonite thinks it has found the formula for grabbing a share of the growing luxury luggage market.

First, take a classic but dusty U.S. brand favored by dapper pop culture icons like Don Draper and James Bond (not to mention a late president or two). Then revive it by using Samsonite’s technology and distribution clout to improve the product and get retailers and landlords to give it a chance. And then after that, proceed with an aggressive retail expansion plan.

Two years after Samsonite, known for its sensible, quality luggage and bags, bought Hartmann for $35 million from a private equity firm, the company is in the midst of re-launching the 137-year-old brand with a big retail push: Hartmann will end the year with 25 stores compared to zero at that start.

The acquisition came a few years after Samsonite tried to launch its own luxury brand, Black Label, but quickly found that shoppers didn’t take to it because they associated the ubiquitous Samsonite name with mid-tier wares. And starting a brand from scratch was not an option.

“We were missing a play at the top end of the market,” Samsonite’s newly minted CEO Ramesh Tainwala told Fortune in an interview at Hartmann’s six-week old flagship store on Manhattan’s Madison Avenue. “To really get into the luxury end of the market, you need a story, you need a brand with DNA.”

The Hartmann DNA Tainwala speaks of harkens back to when travel was glamorous and luxurious, with high end, elegant, and well-crafted luggage like Hartmann’s de rigueur to complete one’s globetrotting look. At the same time, Tainwala says the brand has to modernize itself with new features. That’s where Samsonite’s muscle comes in. The company owns a number of patents that has allowed it to develop suitcases that are light but nearly unbreakable for all its brands, not just its namesake. Tainwala says that function is as important as fashion and design to today’s luggage buyer, which is why he believes Samsonite’s backing is such an advantage for Hartmann.

Tainwala thinks the brand has the potential to reach $500 million in annual sales within five to seven years. (In the first half of 2014, Hartmann’s sales were a modest $7.9 million, the result of Samsonite not doing much with the brand after the acquisition to instead focus on resetting it. Sales had been about $50 million a year when Samsonite bought Hartmann.)

Samsonite’s net sales in the six months ended June 30 rose 13.8% to $1.11 billion, with its namesake and American Tourister brands leading the way.

But the combination of rising luxury spending (Bain & Co expects global luxe spending to rise 4-6% a year through 2017) and more international traveling (the United Nations World Tourism Organization said international arrivals rose 4.6% in the first half of 2014, and are set to rise 3.8% a year through 2020), has put Hartmann at the center of Samsonite’s growth plans. Samsonite has made a series of acquisitions of late to fill in gaps in its offerings, and says it is ready to make others, so how Hartmann grows is likely to inform that part of its strategy.

While Hartmann’s products are sold at department stores from Macy’s (M) and Bloomingdale’s in the U.S., to Galeries Lafayette in Paris and Harrod’s in London, the push for the brand will come from its own stores primarily, since it can more fully control the experience and manage how ubiquitous the brand gets, a problem that has felled many another brand.

Befitting a brand wanting to serve the modern day jet set, Hartmann is planning new stores all over place, with a focus on the U.S., China and Japan. But Hartmann’s U.S. roots are front and center in how Samsonite plans to build a niche for the product in a competitive space led by French brands Louis Vuitton and Longchamp.