How Android TV is a (video) game changer 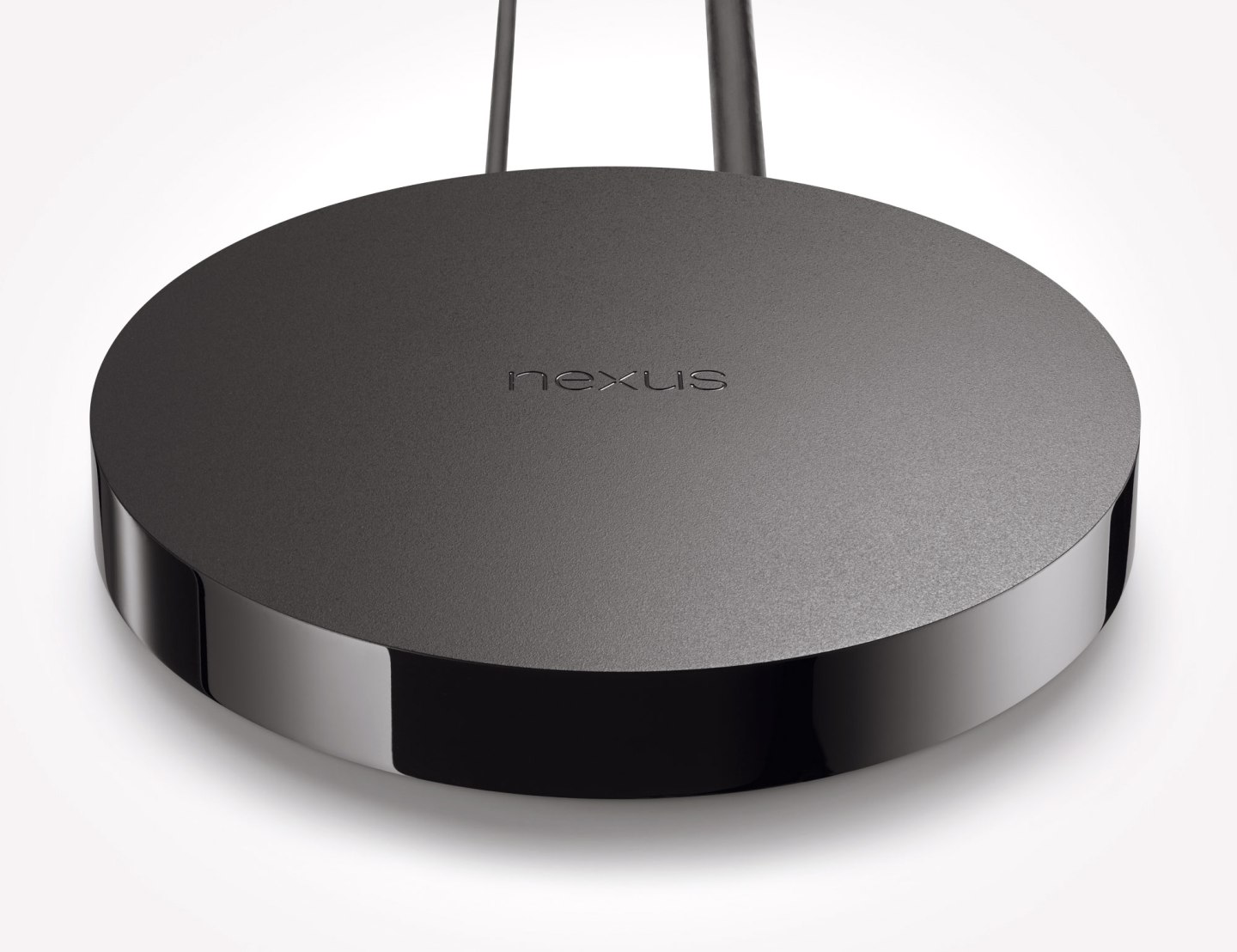 Since the early days of the video game industry, consoles have ruled the home. Companies like Nintendo, Sega, Sony and Microsoft (MSFT) thrived by building closed ecosystems that developers could creates games over the course of five to 10 years before a new, more powerful box entered the market and the cycle began all over again. But ever since the introduction of smartphones from companies like Apple (AAPL), Nokia, Samsung, LG, Google and Amazon (AMZN), video game creators have flocked to these powerful mobile devices and an entire ecosystem of small and independent development studios have flourished (also in part thanks to the digital distribution networks on new consoles from Nintendo, Sony and Microsoft).

In recent years, this marriage between smartphone (and tablet) and the traditional game console has resulted in micro-console devices like Ouya, Mad Catz M.O.J.O., Nvidia Shield and Amazon Fire TV. With Google’s (GOOG) entry into this space this fall with Android TV, game developers will be able to create cross-platform experiences that will begin to compete more directly with the traditional console manufacturers. Chris McKillop, Android TV engineering manager, explains how this new technology could forever change the game.

Fortune: What are your thoughts on the speed at which new technology from companies like Nvidia has impacted the gaming capabilities of Android smartphones and tablets?

McKillop: It’s incredible. The latest generation of GPUs in Mobile SoCs are now at or exceeding those of the PlayStation 3 and Xbox 360. When the PS3 originally launched, Android was still nearly two years away from a 1.0. It’s not going to take long for the mobile chipsets to catch up with the current fourth-generation systems (PlayStation 4 and Xbox One).

How have you seen mobile game experiences advance over the years on Google Play?

Mobile game experiences have made big strides on Google Play. Android is all about the ecosystem, and moving an ecosystem forward happens over time. It started with the NDK in 2009 and now with the upcoming Android Extension Pack for PC class gaming in L release. I don’t see any limit to what game developers can bring to Android. As the broader handset and tablet space start having CPUs and GPUs that can provide great high definition gaming, there is a big incentive for developers to be on Google Play.

What opportunities has Android opened up for game developers, especially smaller teams?

There are a lot of small shops (sometimes just one developer) doing great work. Since Google Play Store has such a quick turnaround time for developers to publish updates and new games, it makes it easier for smaller shops to have a bigger impact. Another element is free-to-play gaming.

How do you see Android TV impacting the current video game ecosystem, which is tiered separately (for the most part) across mobile, console and PC games?

Over the past year, I’ve had the opportunity to discuss this with game developers across all three of these spaces. Mobile developers are excited to have more screens running Android. I don’t think we know yet exactly how the console players will come to the space but, as Android TV grows, it’s a question that will have to be answered. We have some ideas, and I’m excited about the next couple of years as they come to life.

What differentiates the big-screen gaming experience from the mobile experience today?

Input system and power. Mobile experiences are almost always touchscreen-based and battery operated. Once you hit the living room, developers are going to see gamepads and remote controls, and the systems will be plugged into a wall so the chipset can run faster for longer. For some developers, it will be the first time they have had to think about non-touch gaming. For others, it will be like going back in time. Prior to the upcoming L release, Android hadn’t set down a standard for button mappings and how Gamepads should work. This made it really hard for developers to target controllers, so they either did one-off development for a single brand or just ignored controllers altogether. Android TV will give them a reason to get controllers working, and this will translate directly to controller gaming on phones and tablets. That’s the power of a single platform across all form factors.

How do you see micro-consoles like Android TV changing that?

Android TV is much more than just a system for micro-consoles, it’s all about bringing Android to the big screen in your living room — either built into your TV, cable STB, media streamer or micro-console. Having a standard platform for all of these devices is going to have the same impact in the living room that having a standard platform for mobile devices has had on the mobile industry since 2008. It’s going to be a big win for developers and consumers and raise the overall expectations of everyone involved.

How have you worked with Nvidia on Android TV?

We have worked very closely with Nvidia (they are at the heart of the ADT-1). The folks at Nvidia really “get” gaming and gamers — it’s in their DNA. They have helped us work with game developers, as well as optimize graphics performance on the developer devices we gave away at Google IO. We also work with GPU vendors across the industry, including Qualcomm ARM, Intel, etc.

What does Tegra K1 technology open up for video game experiences?

It brings third-generation console and PC-class gaming to mobile and small living room devices. We did a demo with Nvidia and the folks at Epic Games with Unreal Engine 4 at Google IO to show off what’s going to be possible.

How do you see game developers creating titles across mobile devices and Android TV when it comes to the touchscreen versus physical controller?

In an ideal world a game should operate both ways equally. Since the physical controllers for Android TV devices will also work with phones and tablets, the investment for developers will be across all devices. Most of the games on the Preview Play Store for Android TV are the same ones you install on your phone or tablet. I can see a lot of kids carrying a tablet and two gamepads to school next year.

How does technology like Unreal Engine 4 open up new opportunities for cross-device and cross-platform gaming experiences?

When a game developer invests in something like Unreal Engine 4 for the core of their experience, it broadens the market they can address with a lower incremental cost. Couple this with a system like Google Play Games Services, and you can really do some fun things with cross-platform, multi-device and multi-user gaming.

How do you see the actual gameplay experiences evolving with the ability to play on the road and then continue on the big screen at home?

Most games have a cloud-based solution, like Play Games Services, for save game state so you don’t lose your progress if you get a new phone. Since we are using the same core platform for Android TV, all the same technologies continue to work. Developers love that if you buy a game on your TV, it’s installable on your phone and vice-versa. You will see us investing heavily in these sort of cross-device experiences going forward.

One of the current challenges facing game developers on Android is the sheer number of different devices. How do you see a unified platform like Android TV making things easier for developers to focus on creativity versus ports?

We have CPU and GPU performance requirement built into the Android TV spec. We want game developers to know that even on the low-end devices they are going to have room to play. There will always be devices that perform well beyond these specs, and there will always be game developers that want to take advantage of those capabilities when they are present. This looks a lot like the PC gaming space, and it is a model that has worked well for years. I think game developers are going to be pretty happy with this approach.

Given the speed at which we’ve seen technology, including the Tegra line of chips, advance over the last few years, how do you see more advanced and complex games impacting the traditional console business dominated by Sony, Microsoft and Nintendo?

Technology always ends up disrupting existing industries. You just need to look at the mobile space and compare the big players in 2006 with the big players in 2014 to see this in action. I don’t think that the living room will be any different, but it’s impossible to predict the winners and losers. Let’s look back in five to six years.

How have you worked with actual game developers in creating Android TV?

We started reaching out to select game developers almost a year ago and disclosed our plans with close partners. We also worked closely with Nvidia and their existing Nvidia Shield developers to get their apps ready for a non-touch world. Probably one of the best parts of building Android TV has been how positive and supportive the various game developers have been around our efforts. Android has an incredible Developer Relations team that is filled with avid gamers.