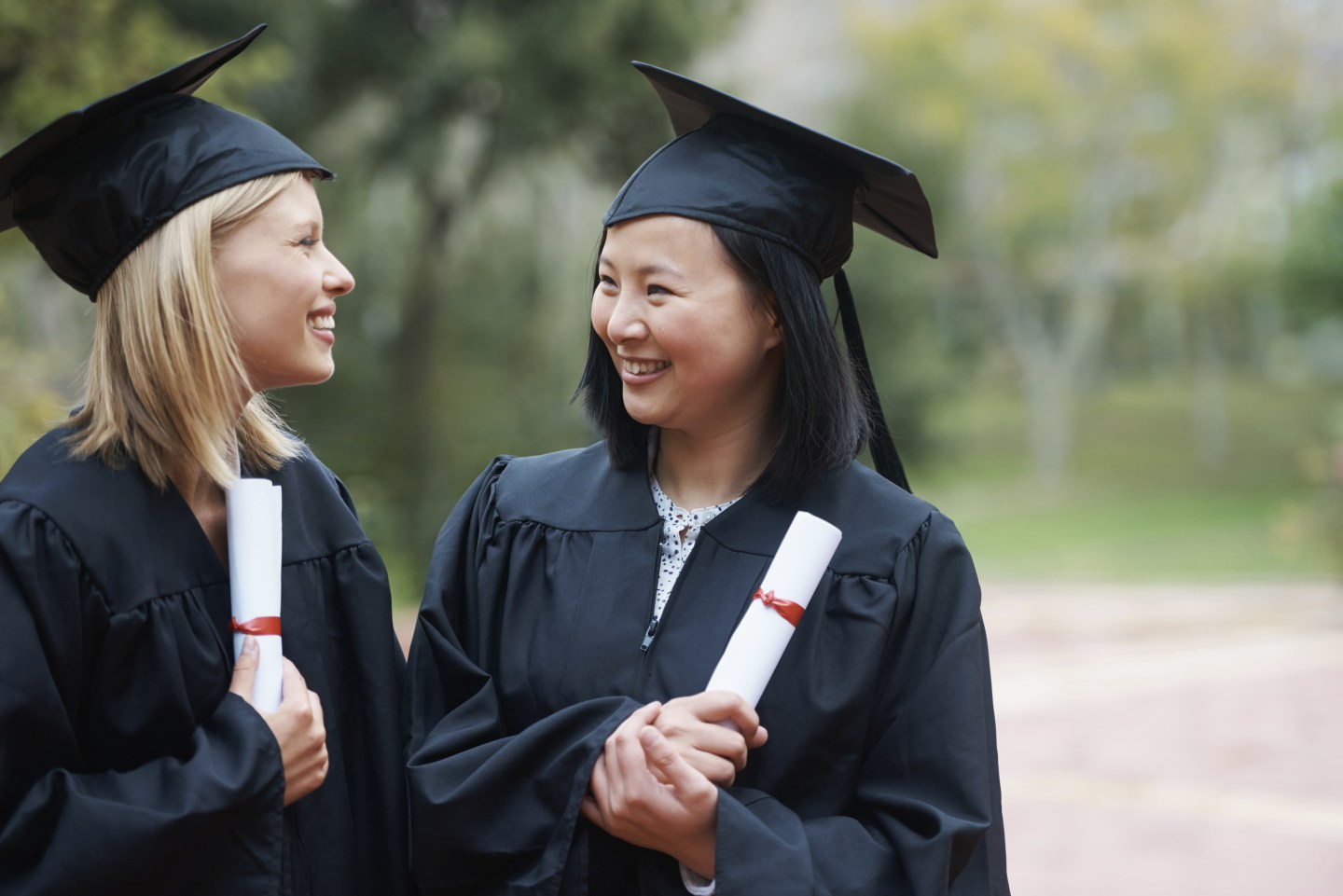 Last week, Microsoft CEO Satya Nadella advised attendees of a women’s computing conference that they shouldn’t ask for pay raises. Nadella retracted his comments almost immediately after they left his mouth, but not before they spurred many conversations about the at-large treatment of women in the business.

A microcosm of the corporate world, MBA programs too have been subject to considerable scrutiny for their treatment of women. The New Yorker published a highly compelling case for why women should skip business school. Sparked by an article in The New York Times highlighting Harvard Business School’s efforts to improve gender equity, The New Yorker’s account warned of staggering costs, lost wages, lost time and a “frat-house culture.”

Yet there are a few visible signs of improvement. In January, Harvard Business School Dean Nitin Nohria pledged to double the percentage of female protagonists in the school’s ubiquitous case studies over the next five years. (At the time the announcement was made, only about 10 percent of those cases included women in prominent roles.) Then there’s the fact that this fall MIT’s Sloan School of Management welcomed an MBA class with a historic makeup: 40.7% of the students are women.

Still, women don’t need a B-school degree to be successful in business. 63% of the women on the 2014 Fortune Most Powerful Women in Business list have climbed the corporate ladder without MBAs. So schools are working extra hard to attract and create positive experiences for female students.

Professors have started tweaking their classroom behavior. MIT Sloan encourages its faculty to have teaching assistants track their patterns of calling on students in class discussions. “We talk with the faculty a lot about implicit biases they may not be aware of,” Maura Herson, director of the Sloan School’s MBA program, explains. At least one faculty member has her teaching assistant generate a “heat map” as comments are made during class sessions so she can ensure everyone’s voice is heard.

Team structure is getting a facelift, too. It’s become common practice to try to divide up the relatively small number of women in a given MBA program class among project teams—resulting in one woman per group. “The research has shown that this is not effective for those women,” says Joyce Russell, vice dean at University of Maryland’s Robert H. Smith School of Business. “It becomes increasingly more difficult for them to get heard when surrounded by others who are not like them.” A better strategy, she says, is to have at least two women together in group, even if it means some teams are all men.

At the University of Pennsylvania’s Wharton School, students are leading an effort of their own. Just this year, the Wharton Women in Business student organization launched a group called The 22s—named for the wage gap per dollar in men’s and women’s earnings—to elicit male support for work on gender equality, says Maryellen Reilly Lamb, deputy vice dean for Wharton’s MBA program.

Programs with more flexibility also help support women balancing work and family demands. “We have an online executive MBA program and a blended part-time program, both of which are very popular with women business students,” says the Smith School’s Russell.

Business school can also be a confidence builder. Julia Yoo, a recent graduate from MIT’s Sloan School, admits there were moments she realized she was a minority. Oftentimes, the sexism she experienced was due to cultural factors. (Nearly 50 percent of Sloan’s MBA class body was born outside the United States, she notes.) Yoo says some foreign male students assumed leadership for group presentations “out of habit.” Yoo learned to speak up—“it was a two-way process”—and felt comfortable with her newfound assertiveness.

But business schools still have plenty of critics. “We make a mistaken assumption that if we get gender parity fixed in business school and reach 50/50 enrollment rates, all we have to do is water-slide these credentialed women right into U.S. businesses,” says Selena Rezvani, an author, speaker and consultant on women and leadership. “But what about the outmoded work cultures these women will be joining that still tend to favor and reward ‘male’ styles of leadership?”

Rather, business schools should be more future-focused and take a proactive approach that looks beyond the cues currently given off by the corporate world, Rezvani says. “Given the incredible smarts and talent at the typical university, schools need to teach students something that businesses and workplaces may not yet realize they need,” Rezvani adds. “They can’t teach from the past or even the present; they need to ask themselves what the future requires from leaders and then be brave enough to teach it.”

The takeaway? Business schools are getting better for women. But, much like corporate America, they still have a long way to go.

Related: Why getting your MBA isn’t a waste of time