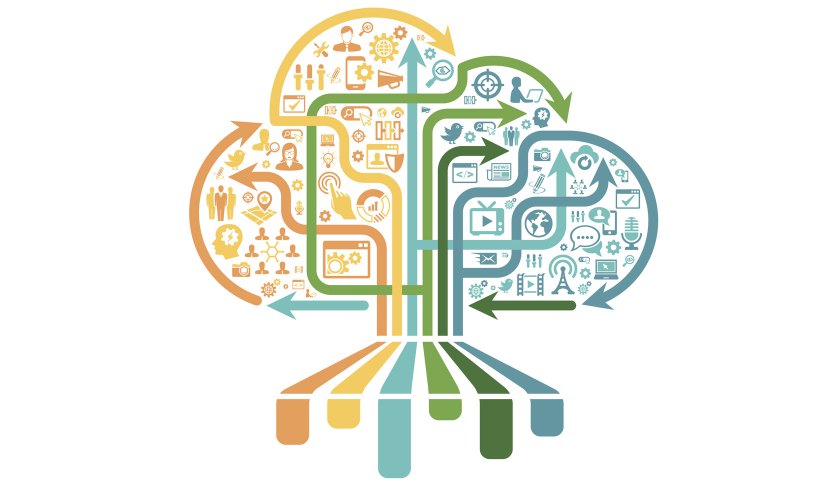 Few words raise more consternation than ‘this time is different.’ Yet in the world of enterprise tech today, times are different — and they are likely to stay that way for a while.

It’s not everyday that $100-plus billion companies split themselves in two. Recall late last month, eBay’s decided to spin off its fast-growing payments division, PayPal; last week, Hewlett-Packard (HP) moved to separate its PC and printer divisions off from its enterprise hardware and service groups. And most recently, Symantec’s potential split into security and data storage.

On the other end, we just witnessed the largest acquisition in the history of cloud computing — where one of the largest software companies in the world, SAP (SAP), is buying Concur, a provider of on-demand travel and expense management software-as-a-service, for $8.3 billion.

Beyond the question of what these tech companies are worth, it’s important to ask what’s going on here? The developments can only be described as an “inversion” caused by a new shift in cloud computing. And I say inversion because the pattern we see today is almost the reverse of developments evident in the past.

The last time technology dominated the news cycle was in 1999-2000, during which we saw something interesting happen in the years leading up to the collapse of the tech bubble — we witnessed the simultaneous rise of not just new tech companies, but established ones too. While the number of companies going public eclipsed 300, the dominant players, such as Akamai (AKAM), BEA, Cisco (CSCO), EMC (EMC), Exodus, Level 3 (LVLT), Oracle (ORCL), Sun, etc. were able to sell both the technology infrastructure picks and shovels to both new and existing companies within the Fortune 500 (many of whom were busy preparing for what turned out to be the over-hyped Y2Kopalypse).

A rising tide was indeed floating all boats back then: As big established companies provided fundamental technological infrastructure to new tech firms, the businesses of existing firms grew rapidly. Cisco, for example, grew its revenue at rates of 50% to 60%, topping $500 billion in market cap; it was widely expected to become the first $1 trillion market cap company.

As evident today, that didn’t happen: Cisco’s market cap stands nearly 80% below its peak level. Meanwhile, the other large established companies that benefited greatly in the 1999 to 2000 run-up are either out of business (e.g., Exodus) or have been acquired (e.g., Sun, BEA, and Peoplesoft — all by Oracle). And if they’re still standalone companies (such as Akamai, Cisco, EMC, Oracle, Microsoft, IBM, HP), then they’re showing very slow, if any, organic growth in their core computing businesses.

While all this is going on, what’s particularly interesting is that the number of companies being formed and amount of dollars invested in new enterprise technologies is growing significantly. Why the disconnect? How can enterprise tech be both out of favor and wildly in favor?

The obvious answer is that there’s a classic technology platform shift happening, driven by the move toward cloud-based computing. But perhaps less obvious is where, and how, this platform shift is happening. And what does it tell us about what may be coming next?

The first elements of the cloud-computing shift took place at the applications level: New companies were created to deliver existing application functionality via a cloud-based, software-as-a-service (SaaS) model. Think of examples like Salesforce.com (CRM) for customer relationship management, or Workday for human resources.

The second elements of the cloud-computing shift are being seen at more infrastructural levels of the technology stack: databases, networking technologies, storage technologies, and so on. Think of examples like Nicira (acquired by VMware for $1.25 billion) in software-defined networking; Servicenow (a recent IPO) in systems management; or Arista Networks (another recent IPO) in networking equipment.

But here’s the thing: Unlike in the 1999 to 2000 era, where established tech companies were the natural beneficiaries of venture capital investment into new companies (and turned out to be the survivors after all the dust settled), this time the established firms are potential casualties of a cloud-computing platform shift.

To be fair, established technology platforms haven’t entirely disappeared. As we’ve seen in past platform shifts, enterprises have big investments in existing applications that rely on this infrastructure — so obsoleting them overnight is never an option.

But as new applications take advantage of modern technologies, the existing technologies go largely into “maintenance” mode. That means that new revenue from licenses at legacy businesses starts growing more slowly and declines over time, while the annual maintenance and support streams from existing customers becomes the primary source of revenue. For example, IBM (IBM) has reported nine straight quarters of declining top-line growth in its core business. And we are seeing early signs of this for most other established tech companies: Strong cash flows are being generated by the maintenance revenue streams, but new license revenue growth from the legacy businesses is slowing substantially.

So who will remain standing in the aftermath of the current shift? Acquisition activity is one great indicator. That’s where news that SAP decided to acquire Concur, coupled with its previous acquisition of SuccessFactors (which was founded byAndreessen Horowitz partner Lars Dalgaard), signals that the company is leading the charge in evolving to the cloud-computing paradigm. Their acquisition strategy to date illustrates that SAP is committed to being a leading player in cloud applications in the same way as it created a massive enterprise applications franchise by riding the previous client-server platform shift.

SAP is not standing idly by. Why? Because the financial consequences of being on the wrong side of technology platform shifts can be monumental.

Take a look at the market cap of the 10 largest enterprise incumbents (of which SAP is a member): There’s more than $1.3 trillion of market cap in this group. But if you look at the 2012 to 2014 class of enterprise IPOs, we’ve created only about $60 billion in new market cap (and one company, Workday (WDAY), is around 25% of that amount). Add in enterprise M&A by the top incumbents in that same timeframe (before the $8.3 billion SAP-Concur acquisition) and we’ve seen only $30 billion in acquisitions. And most of those acquisitions were not really of modern cloud-based technologies. There’s much more to come.

So despite all the excitement about the number of new enterprise technology IPOs of late, we haven’t seen the final salvo in the battle. Not even close. As the above numbers illustrated, there’s more than 10 times the amount of legacy market cap outstanding compared with the amount of new market cap created through IPOs or acquisitions to date.

That means we’re going to see the acquisition ‘arms race’ escalate, and number of new enterprise IPOs continue to grow. And not only will we see the legacy players engage in more acquisitions, but we will likely see acquisitions from some of the larger new incumbents — like Saleforce.com and Workday — as they seek to stay ahead of the curve.

Acquisitions alone don’t tell the entire story, though. Perhaps even more interesting is the corporate splits and spinoffs I mentioned earlier. The legacy enterprise players are now reconfiguring themselves into more focused, slimmer, and presumably more agile players so they can better compete in the brave new world. (To further complicate things, making targeted acquisitions of new technology companies will most certainly be part of the legacy players’ post-split strategy, too).

Either way, the signal is clear: There’s a platform shift happening. This time, the legacy players won’t survive by relying on their old lines of businesses. And as previous startups are becoming the new legacy players, some of the older incumbents are trying to reconfigure themselves into startup-like businesses. Another inversion of sorts.

Acquire or split. No one seems to be going at this organically, from within. Something that’s been forgotten is that Concur started out as a conventional on-premise software company before making the difficult and sometimes costly shift to being a SaaS company. As its CEO noted over five years ago:

“I don’t believe large companies can make the conversion. Forget their genetic code. How many will take the pain? Companies won’t reinvent themselves… Cash flow will get crushed. You have to layoff. The transition is really hard and it’s very sudden. If you’re north of $100M it’s hard. Over $1B it’s impossible.”

There, at least, not much has changed.