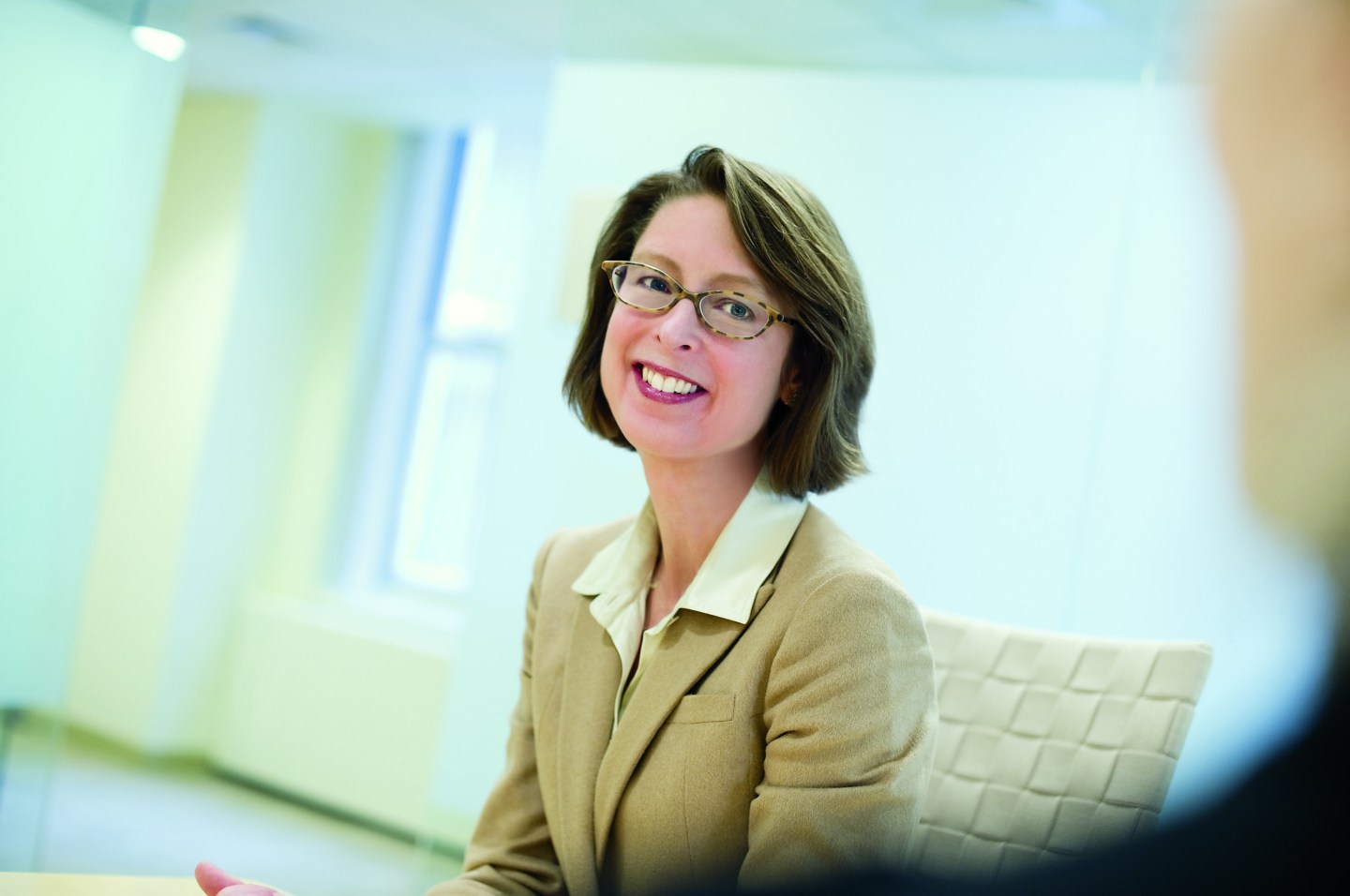 Abigail “Abby” Johnson has been named CEO of Fidelity Investments, according to an internal memo to shareholders that Fortune obtained on Monday.

Johnson currently serves as president, a post she will retain while serving as CEO.

Johnson is taking over from her father, Edward Johnson III, 84, who has been CEO since 1977. He guided Fidelity through tremendous growth and helped make the company a household name in mutual funds and consumer investing.

“Along with our senior team, we will work together to strengthen Fidelity’s industry leadership and to innovate in ways that enhance the experience we provide to our customers,” Edward Johnson III said in the memo.

Abigail Johnson started working at Fidelity in 1988 as an equity research analyst. The company, the second largest mutual fund firm, is privately owned.

Last week, another woman was appointed CEO of a large company. Lisa Su took the reins of chipmaker AMD.

In June, Fortune spoke with Johnson.