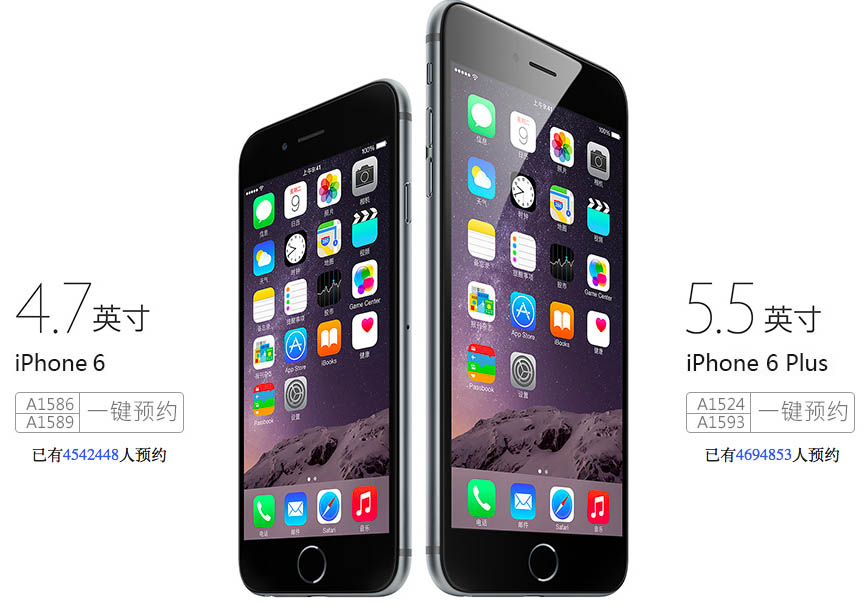 Apple’s new iPhones are hot commodities in China. Millions of customers, scalpers and resellers registered in advance just for a chance to pre-order either the iPhone 6 or the iPhone 6 Plus, both of which are expected to be in short supply.

The pre-order period began Friday, and the first preliminary numbers are in.

Within six hours, according to Tencent news, one million orders had been taken by the three largest carriers, China Mobile (CHL), China Telecom (CHA) and China Unicom (CHU).

Before the official order-taking began Friday, one Chinese website, JingDong, had registered more than 9 million reservations, a kind of pre-pre-order. The split as of 8:30 p.m. Beijing time:

According to Apple, iPhone 6/6+ sales in 10 countries topped 10 million in the first three days. The company did not say which screen sizes or colors sold best.