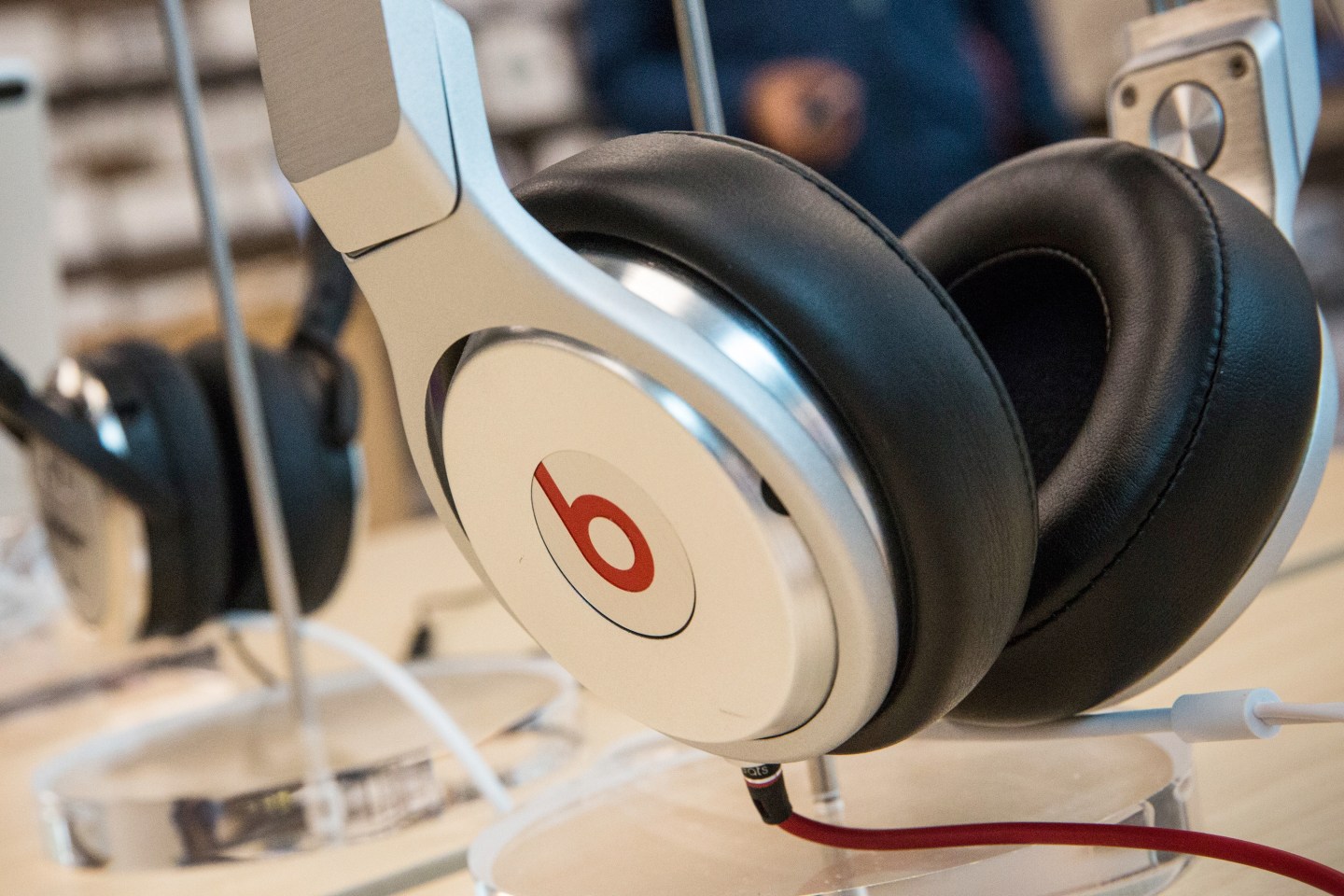 NEW YORK, NY - MAY 09: Beats headphones are sold in an Apple store on May 9, 2014 in New York City. Apple is rumored to be consideringing buying the headphone company for $3.2 billion. (Photo by Andrew Burton/Getty Images)
Photograph by Andrew Burton—Getty Images

A high-profile patent spat over noise canceling headphones between Bose Corp and Beats Electronics ended on Friday with the two sides settling the case out of court.

The terms of the settlement were not being disclosed, a spokeswoman for Bose said in an email, adding only that the dispute had been “resolved.”

Bose, which makes high-end sound systems and headphones, filed the case last July in federal court in Delaware, alleging Beats had willfully infringed upon five of its patents in its Studio and Studio Wireless line of headphones.

Privately held Bose said it had lost profits and sales as a result and was seeking unspecified damages from Beats, which Apple Inc (AAPL) acquired this year for $3 billion.

A document filed with the court on Friday said both sides would dismiss the case and bear their own costs and legal fees.

The two companies also asked the International Trade Commission to suspend its investigation into the matter. Bose had asked the commission to block the import of Beats’ noise-cancellation products from China, where they are manufactured.

Beats headphones have become popular with music fans since the company was founded by rap mogul Dr. Dreand music producer Jimmy Iovine in 2006. Besides headphones, Beats has also entered online music streaming, competing with the likes of Pandora and Spotify.

A representative from Beats was not immediately available for comment.