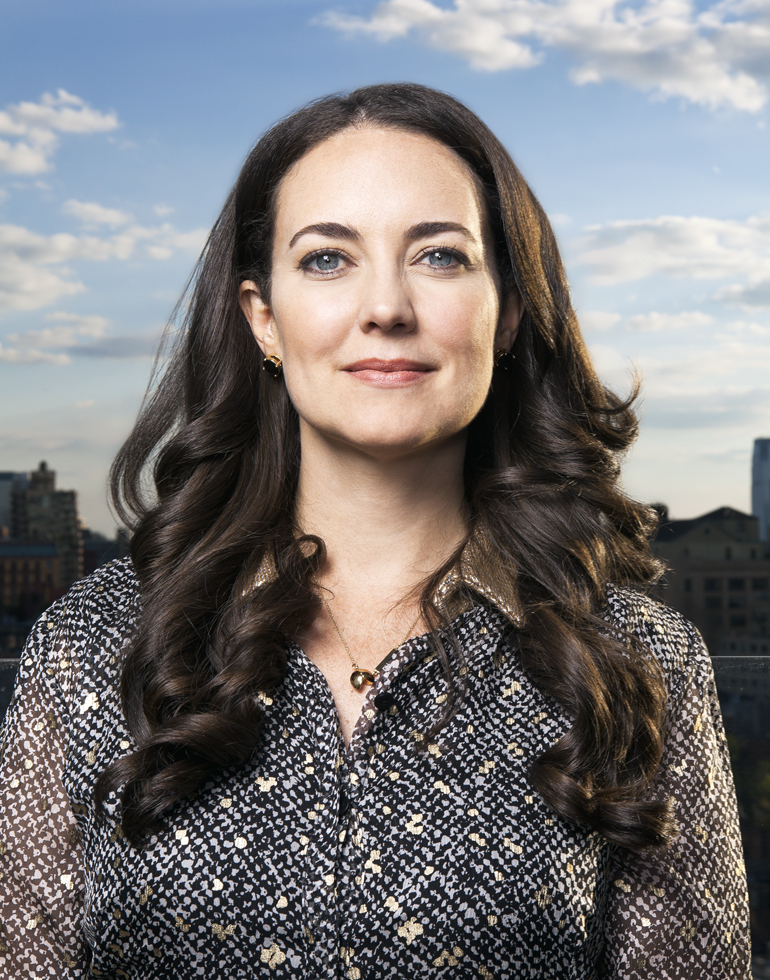 It’s happened a few times now: Sarah Kauss will be on an important call on speakerphone when a bird suddenly pops out from her office wall and makes a shrill noise. “I just say, ‘Oh, God, that’s our clock,’” says Kauss. It happened once during a call with the White House and several times with Starbucks—not ideal. But those are the kinds of calls Kauss has been fielding ever since the water bottle she created went as viral as perhaps any water bottle can.

You may not have heard of S’well bottles, but chances are you’ve seen them. The sleek, stainless-steel vessels have become something of a sensation since Kauss first started selling them in 2010. Now they’re available almost everywhere the style-conscious roam: They’re in all U.S. J. Crews, Container Stores, and Nordstroms. They’re at hard-to-crack Neiman Marcus (online) and in style-snob emporiums like Jack Spade. They sold out in a limited run in Starbucks.

The list goes on. Ellen DeGeneres showed them on air and stocked them in her show’s gift store. Tom Hanks ordered them for his production company. Facebook ordered 500 of them for employees and clients. For the past two years, S’well bottles were in every gift bag at the TED conference. It may just be a water bottle, but it is the sine qua non of water bottles—suddenly a feverish must-be-associated-with thing among a certain stylish, in-the-know set. The company expects to sell close to 2 million of them this year, and Kauss says she anticipates revenue of more than $10 million, triple the number from last year.

The story of how S’well became a sensation is a combination of the right product at the right time with the right message—and an entrepreneur who took a risk. In that way it’s a classic 40 Under 40 tale. But Kauss, 39, isn’t a drop-out-of-college-and-make-a-fast-billion kind of entrepreneur. She’s the opposite, starting her business only after toiling for more than a decade in the staid, traditional worlds of tax auditing, consulting, and real estate.

After studying accounting at the University of Colorado at Boulder, she worked as a CPA for Ernst & Young, first in Denver and then in L.A. But when she started working with clients from startups like Pets.com and GeoCities, she realized she was more interested in entrepreneurship than in accounting, and she packed up for Harvard Business School with plans to start her own company. Then 9/11—which happened her first week in Cambridge, Mass.—put those plans on hold, and instead she found her way into consulting and real estate.

In 2009, back at HBS for her five-year reunion, Kauss attended a panel about the global clean-water crisis. Several months later, while on a hike in Arizona with her mother, all she had for water was a cheap, thin metal bottle that had warmed up in the sun, and she suddenly thought, Why not create a more upscale, fashionable, reusable bottle that would keep liquid cool? Working from her New York apartment, she hired an outside designer, found a manufacturer in China, and within a few months had a prototype: a double-insulated, stainless-steel bottle in a single color, ocean blue. A share of the profits would go to benefit a wide range of mainly water-related charities. (Kauss started the company with her personal savings and still owns 100% of it.)

Kauss hustled the way any entrepreneur would, sending samples to magazine editors and anyone she knew, bringing some to her old digs at Harvard Business School. In 2010, HBS became her first customer, buying bottles to give out to all incoming students. A few months later O, the Oprah Magazine wanted to put S’well on its coveted “O list” of recommended products. It asked for more colors to show in the photograph, but the bottles came only in blue. Kauss scrambled, buying a Pantone book and quickly picking a few more hues; versions in multiple colors were born.

The Oprah effect was enormous. Soon SFMOMA’s museum store and New York’s Guggenheim Store came calling, and in 2012, Kauss landed her first big national account, Crate & Barrel, which stocked the bottles for the holiday season. Then began the slow, methodical process of building up accounts: S’well got into J. Crew stores—first just its Crewcuts kids’ division, then the Men’s Store, then all stores in the U.S. Later came Neiman Marcus and Nordstrom. And then: Starbucks.

The coffee giant started small with S’well, stocking them in a limited number of stores in Atlanta and Austin. Without any special signage, they were a hit; baristas were becoming fans and recommending them to customers. Starbucks wrote Kauss about its plans to expand. “The email I got from Starbucks last year—I can’t tell you how many exclamation points were in it,” she says.

There has been the requisite celebrity love too. The actor Guy Pearce is a particularly fervent fan. After the blue one he was carrying on set made it into his movie The Rover, he ordered 70 for the cast and crew. Then he put a red one in another movie, Results. “I’m certainly not into product placement for the sake of it,” Pearce tells Fortune, “but I love the bottles and the company’s whole ethos.” Last month the actress Kaley Cuoco from The Big Bang Theory posted an Instagram photo of herself holding up a hot-pink S’well bottle to a horse’s mouth with the hashtag #obsessedwiththisbottle. The photo got 39,000 likes and crashed S’well’s website.

It’s hard to say just why S’well bottles have taken off the way they have. Environmentally friendly water bottles are nothing new, not even double-layered ones. One reason could be their sleek shape—the modern design is influenced by old-fashioned milk bottles—and the colors and patterns the bottles come in. (To date, S’well has put out 96 different designs, from solids to hand-dipped, swirly motifs to a woodgrain line.) The bottles keep liquid cold for 24 hours and hot for 12, and they’re priced more like a fashion accessory: from $25 for nine ounces to $45 for 25 ounces, which holds a whole bottle of wine.

All told, Kauss has sold some 4 million bottles to date, which has earned her the right to be picky. She turned down a big-box discount chain she thought would water down the brand and turned down a certain fast-food chain with conservative values. (“We don’t like what they stand for,” she says.) Next up: Look for more S’well in more Starbucks stores, and don’t be surprised to eventually see non-water-bottle products.

The more pressing project is moving to new digs. With 22 employees, S’well’s current headquarters, in a Manhattan brownstone, are too small. The company is staffing up so quickly that three new people hired in September had to start by working remotely.

The cuckoo clock, Kauss says, is coming with her.

WATCH: A water bottle for the fashion conscious