81 million people listened to the U2 album Apple gave away 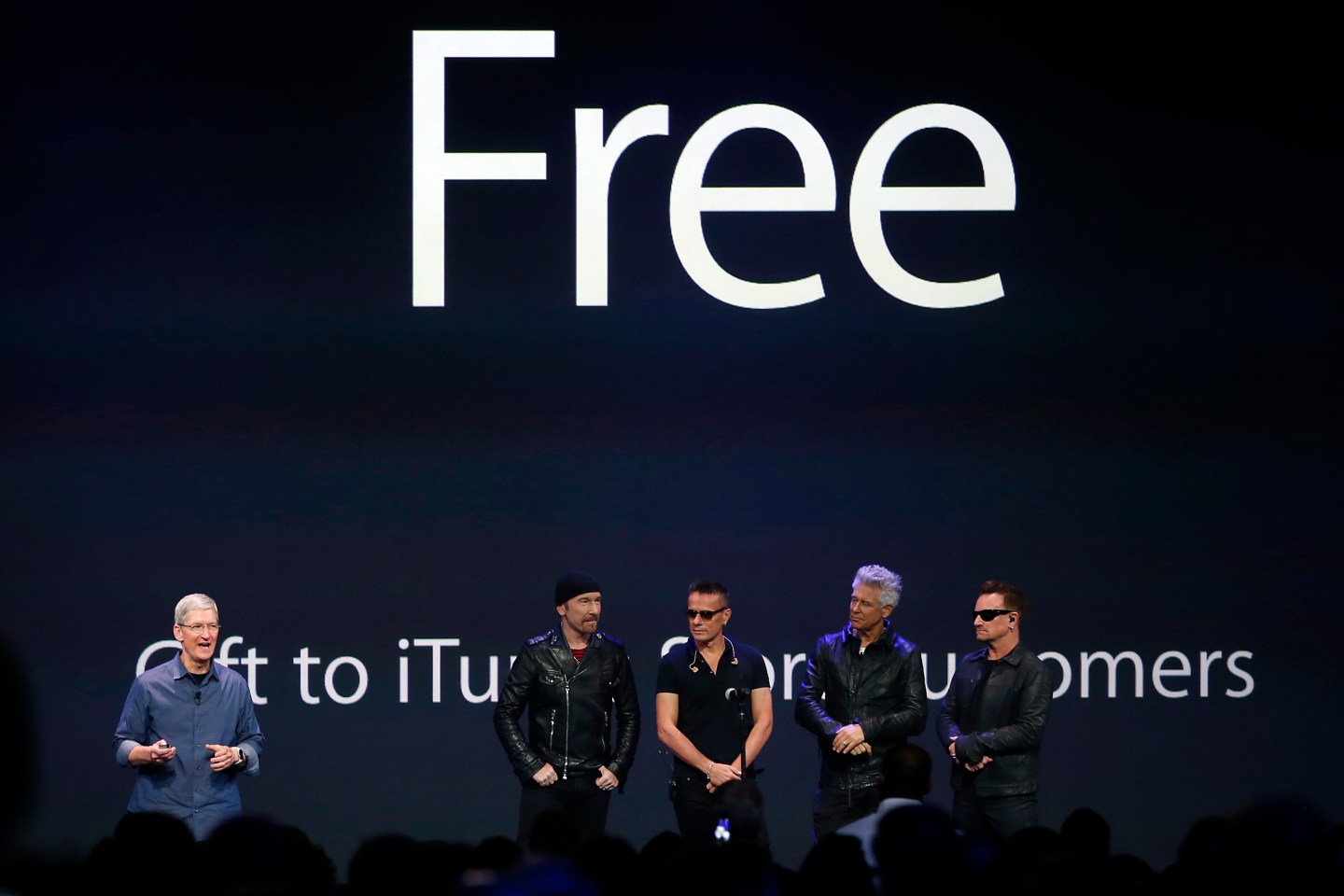 Despite all the gripes that Apple had no right to shove U2’s Songs of Innocence into 500 million people’s iTunes libraries, a lot of folks apparently ended up listening to the album. The new LP, which Apple gifted to iTunes users in conjunction with the company’s iPhone 6 announcement, has been fully downloaded 26 million times, the company said. In total, 81 million people have “experienced” songs from the album, via Apple services including the iTunes Store, iTunes Radio and Beats Music.

For perspective, 14 million customers have purchased U2 albums from the iTunes Store since the digital store launched in 2003. The group’s best-selling album, The Joshua Tree, has sold more than 10 million copies in the United States (across all formats).

Crunching numbers based off Apple’s released figures, about 5% of the iTunes users who received the album downloaded it fully, and about 16% at least played a single song. No data was available on how long users listened to the songs or on whether “experienced” meant the songs were played all or most of the way through.