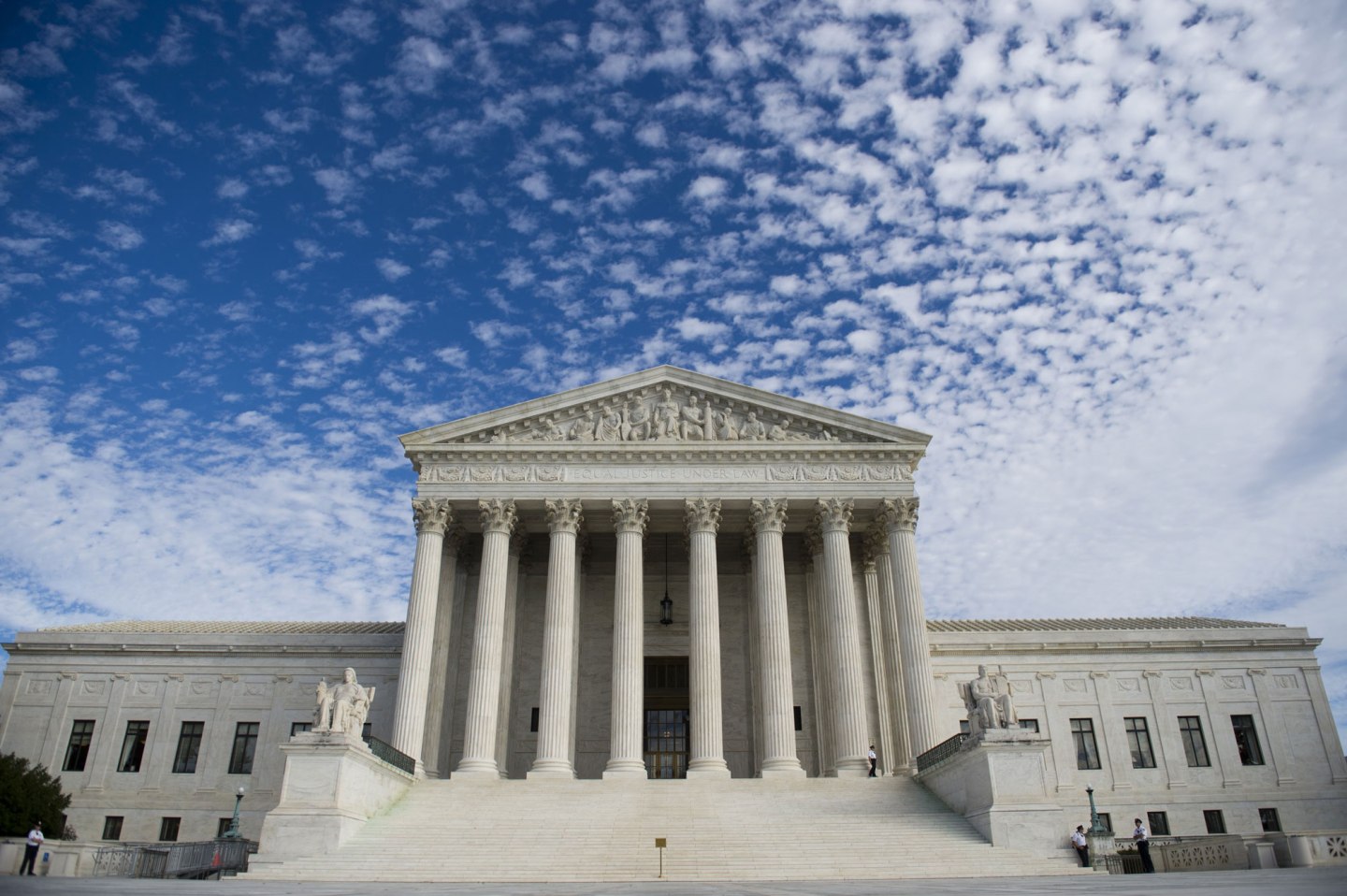 (WASHINGTON) — The Supreme Court turned away appeals Monday from five states seeking to prohibit same-sex marriages, paving the way for an immediate expansion of gay and lesbian unions.

The justices on Monday did not comment in rejecting appeals from Indiana, Oklahoma, Utah, Virginia and Wisconsin. No other state cases were currently pending with the high court, but the justices stopped short of resolving for now the question of same-sex marriage nationwide.

The court’s order immediately ends delays on marriage in those states. Couples in six other states — Colorado, Kansas, North Carolina, South Carolina, West Virginia and Wyoming — should be able to get married in short order. Those states would be bound by the same appellate rulings that were put on hold pending the Supreme Court’s review.

That would make same-sex marriage legal in 30 states and the District of Columbia.

Experts and advocates on both sides of the issue believed the justices would step in and decide gay marriage cases this term.

The justices have an obligation to settle an issue of such national importance, not abdicate that responsibility to lower court judges, the advocates said. Opting out of hearing the cases leaves those lower court rulings in place.

Two other appeals courts, in Cincinnati and San Francisco, could issue decisions any time in same-sex marriage cases. Judges in the Cincinnati-based 6th Circuit who are weighing pro-gay marriage rulings in Kentucky, Michigan, Ohio and Tennessee, appeared more likely to rule in favor of state bans than did the 9th Circuit judges in San Francisco, who are considering Idaho and Nevada restrictions on marriage.

It takes just four of the nine justices to vote to hear a case, but it takes a majority of at least five for an eventual ruling. Monday’s opaque order did not indicate how the justices voted on whether to hear the appeals.