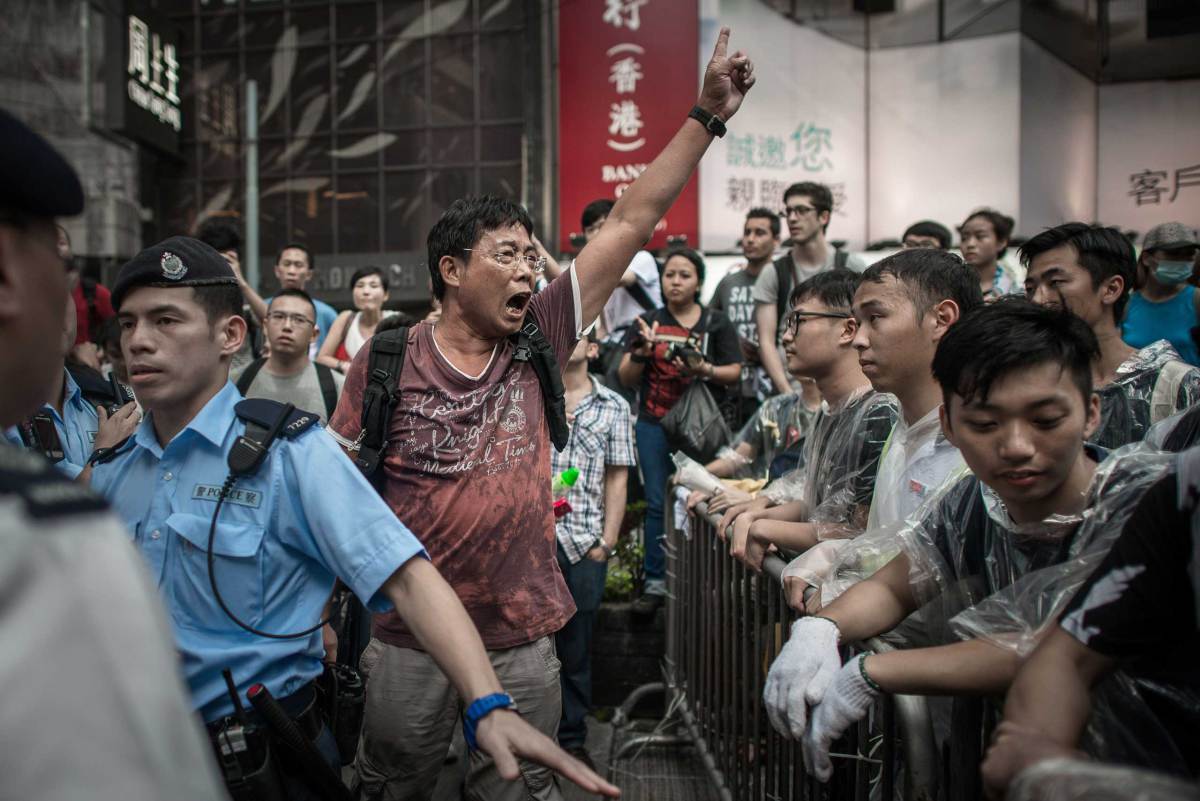 Police were initially overwhelmed and failed to separate the two sides, although they were able to evacuate some democracy activists from the site, located in the densely populated district of Mong Kok, on the Kowloon peninsula.

The anti-Occupy crowd destroyed banners and posters and chanted “go home” at the students. Water bottles were thrown. Abandoned buses that had stood at the site since activists occupied it were boarded and driven off to loud cheers.

Another protest site, in Causeway Bay, was also reportedly attacked.

There were allegations that female activists were being sexually molested and foreign journalists set upon.

Occupy Central, one of the city’s main pro-democracy organizations, condemned what it called “police inaction.”

It could not be immediately confirmed if the anti-Occupy mob belonged to a specific political group. However, the South China Morning Post reported that they were being directed by a “middle-aged Putonghua-speaking woman wearing a face mask using a loud hailer.”

The attack on the Mong Kok site comes after a day of growing tensions, with the authorities and students at an impasse and protest leaders unsure of how much longer the movement will retain popular support.

The movement has been hampered by the lack of a politically experienced leader, able to unite its disparate elements and woo long-term support from a wider public that is torn between the desire for electoral reform, the social disruption a prolonged campaign could bring, and the fear of invoking Beijing’s displeasure.