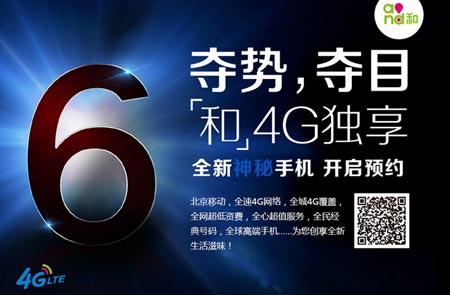 These are not pre-orders, cautions my source, who has been monitoring the Chinese-language tech press. Those don’t begin until Oct. 10.

Rather, what’s being counted are “reservations” — indications of serious intention to buy (including model, color, size) which retailers like to see before they’ll put would-be customers on the official waiting list to pre-order Apple’s iPhone 6 and 6 Plus.

Each of China’s three big mobile carriers — China Mobile, China Telecom and China Unicom — is taking these appointments, as are the largest Apple licensed retail chains Gome and Sunning.

The most reliable of the numbers, in my source’s opinion, come from China Unicom, which is reported to have taken 600,000 reservations in the first two hours.

Other published estimates combine reservations taken in the first six hours from all three carriers (1 million) with reservations from the retailers (another 1 million).

Look for these numbers to get updated Thursday after the reporters have made their daily rounds.

Meanwhile, says my source, “there is more than a whiff of a retail bonanza.”

UPDATE: By Friday, published estimates in the Chinese press had reached 4 million reservations. One fast-growing e-commerce site, Jingdong, accounted just by itself for 2.3 million reservations, according to a report in Tencent. The split between the two models at Jingdong was nearly even:

Sales of the new iPhones are scheduled to begin in China on Oct. 17.