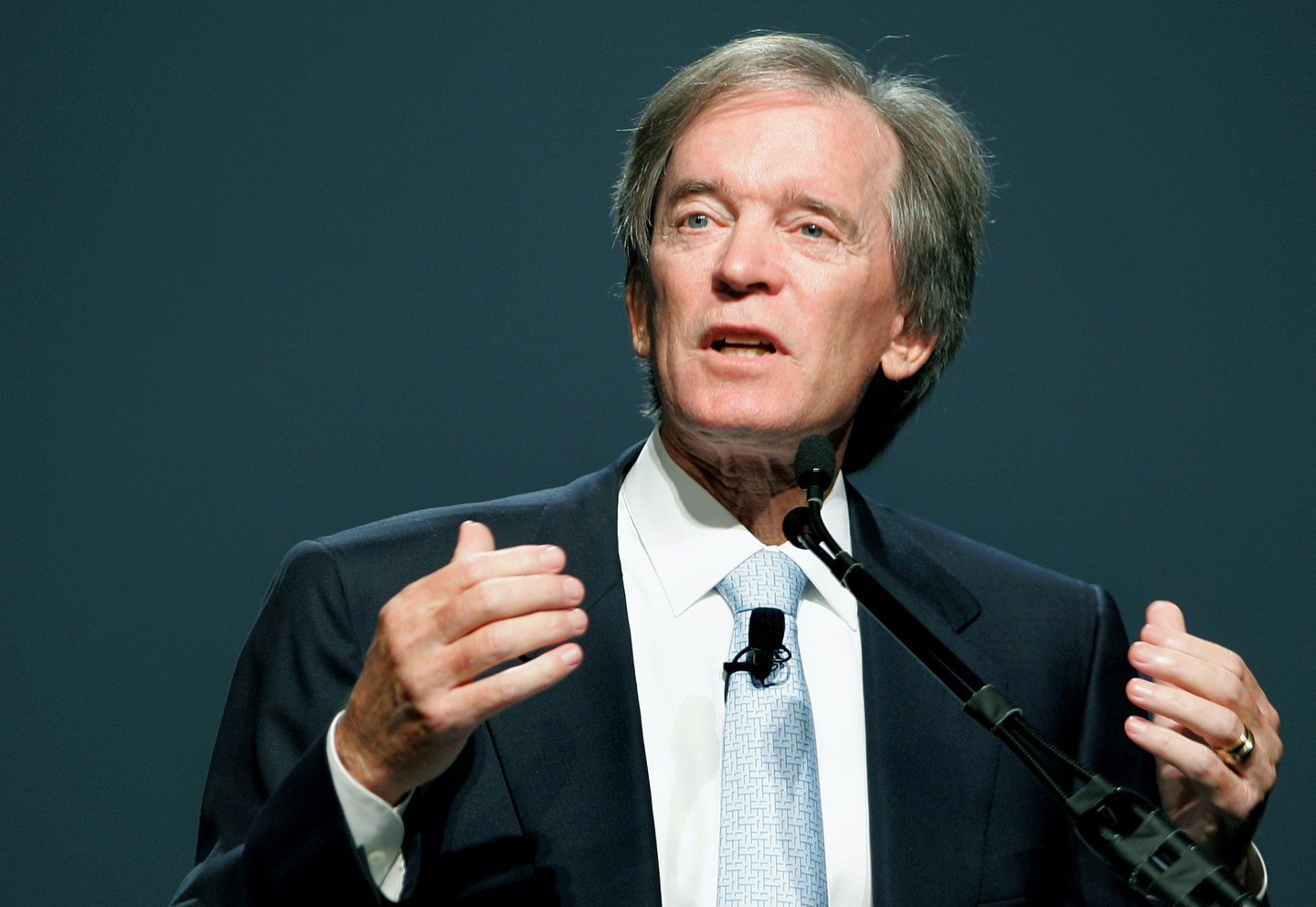 Gross will join Janus (JNS) starting Monday and is poised to manage the company’s recently-launched Global Unconstrained Bond fund and related strategies. He will begin managing the fund on Oct. 6, Janus said.

“Janus is the right fit at the right time in my career — and my life,” Gross said in a statement.

Investors appear to agree. Janus (JNS) shares jumped sharply on the news, rising as much as 40%. The increase added more than $700 million to Janus’s market capitalization.

“Gross a Coup for Janus,” wrote Morningstar analyst Greggory Warren. “Even with the baggage that Gross brings with him from the turmoil that has surrounded Pimco over the past year or so, we see the move as a likely positive for Janus Capital Group Shareholders.” Morningstar said it placing Janus “under review” as it assesses the announcement.

In joining Janus, Gross is reuniting with Richard Weil, who spent 14 years with Pimco before becoming CEO of Janus in early 2010. Weil had been chief operating officer at Pimco between 2000 and 2009.

Gross is leaving Pimco amid record redemptions at his main mutual fund, the $222 billion Pimco Total Return fund, Bloomberg reported. The firm was stung after the abrupt departure of former CEO Mohamed El-Erian, which was followed by the biggest management overhaul in its history, Bloomberg said.

Warren said the relationship between Gross and Weil was likely “instrumental in the move, but we will keep a close eye on the relationship as things move forward, given all the scuttlebutt that has come out of Pimco since Mohamed El-Erian left the firm.”

Janus has also faced its own struggles. Annual revenue and net income dropped in 2011 and 2012 and while those figures increased a bit last year, they still remain under 2010’s levels. Year-end assets under management totaled $173.9 billion at Janus, up 11% from 2012, though the increase was due to market appreciation, offsetting long-term net outflows.

With the Gross hire, Janus is also taking on some potential baggage. In a statement issued Friday, Pimco said over the course of this year, “it became increasingly clear that the firm’s leadership and Bill have fundamental differences about how to take Pimco forward.”

For additional coverage, see Fortune‘s 2002 profile on Gross, entitled “The Bond King Pimco’s Bill Gross has made billions of dollars from a single, 48-ounce asset — a beautiful mind.”