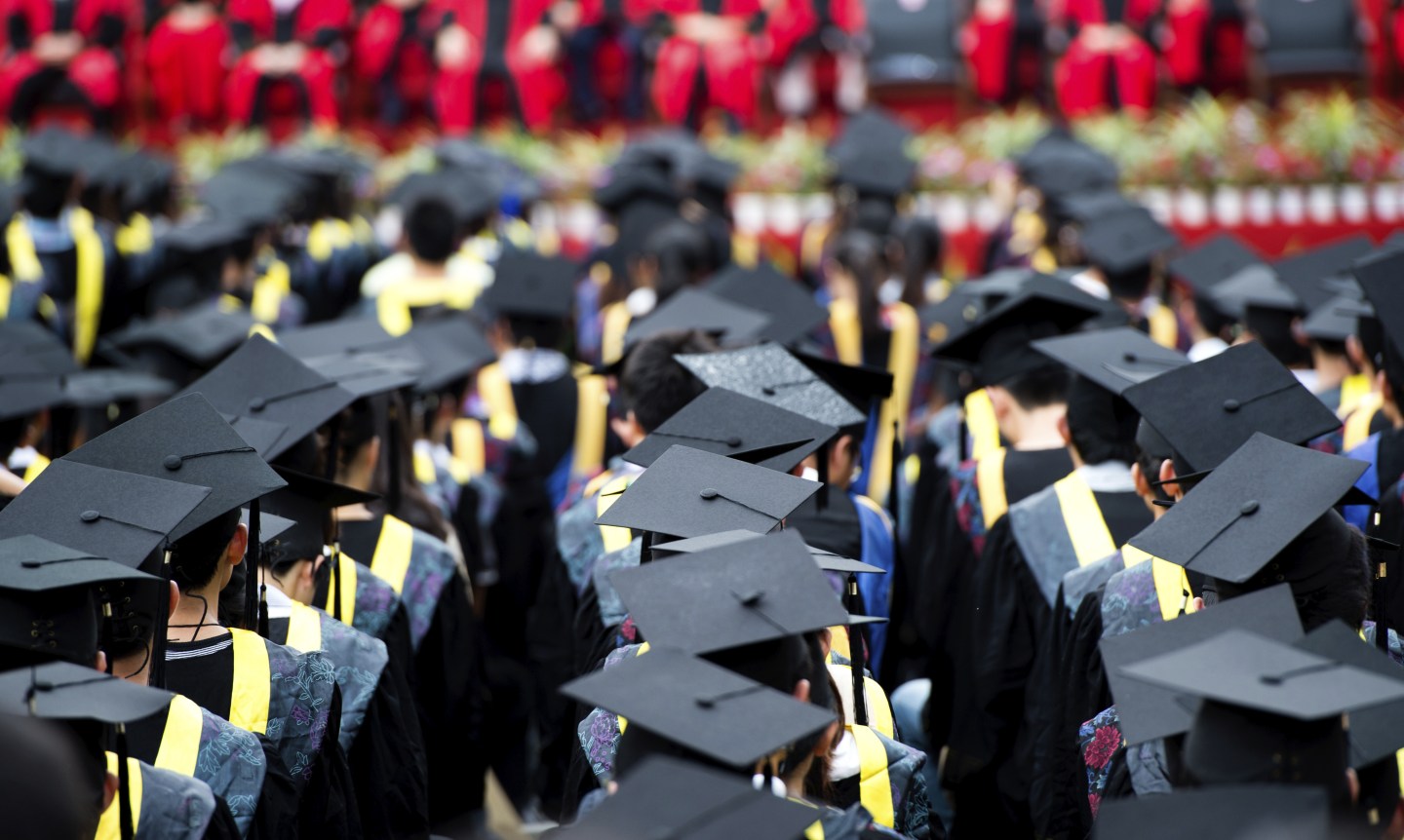 The Council of Graduate Schools and Graduate Record Examinations Board on Monday released a joint survey that assesses the state of graduate school education in the United States and the top line figures are encouraging: more people sought advanced degrees this year than last year. Applications to U.S. graduate schools were up 1% and first-time graduate enrollment increased by the same amount, as 459,000 people enrolled in graduate certificate, education specialist, master’s, or doctoral programs as first-time students in the fall of 2013.

But if you look closely at who is enrolling in graduate programs and what they’re studying, you’ll find a few causes for concern.

Women in tech: We have a pipeline problem

Women account for 57.1% of all first-time enrollees in fall 2013 and 57.9% of all graduate students. If you’re interested in remedying the lack of women in tech—women make up 30% of its workforce but 47% of the American working population—this is where the good news ends.

Female students are highly concentrated in health sciences (78.2% of the total grad student population), public administration and services (75.7%), and education (74.6%). The survey found that one-half of all female enrollees in the fall 2013 were in one of these three broad fields. When it comes to fields of study that often send grads into the tech industry, we are treated to a mirror-image scenario: women comprised 23.8% of engineering students, 29.9% of student in mathematics and computer sciences, and 36.5% of physical and earth sciences students. Less than one in 10—9.1%—of all female enrollees were in one of these three fields, according to the survey.

There is some indication that women are making inroads in tech-related fields of study. The percentages of women in engineering, math and computer sciences, and physical and earth sciences were slightly higher—24.9%, 31.1% and 37.5%, respectively—for last fall’s incoming classes.

In STEM fields, minorities are out of sight

Based on who’s in the advanced degree pipeline, it also seems unlikely that the relatively homogenous tech industry—made up largely of Asian and white Americans—will make much headway in racial and ethnic diversity, either. While the survey found that ethnic minorities have driven much of the growth in first-time graduate enrollment among U.S. citizens and permanent residents over the past decade, with year-to-year gains for minorities outpacing those of white students, minority graduate students were less likely than their Asian and white peers to enroll in STEM fields. Only 9% of all African American graduate students and 15.2% of all Hispanics and Latinos were enrolled in those four fields. By comparison, 18.4% of whites and 29.4% of Asians were studying in one of these fields.

African Americans made up just 5.4% of all biological and agricultural sciences grad students in the fall of 2013, and they accounted for just 5.3% of engineering students, 9.4% of mathematics and computer sciences enrollees, and 3.2% of students in physical and earth sciences. Hispanics and Latinos made up 7.5%, 8.2%, 7.6%, and 6.3% in those four fields, respectively. At Silicon Valley’s top 10 firms, 6% of the workforce is Hispanic and 4% is black, so these student population figures suggest the tech sector may have a slightly more diverse future.

The 1% uptick in U.S. graduate enrollment in 2013 was driven entirely by temporary residents. The ranks of first-time international students increased by 11.5% between fall 2012 and fall 2013, while first-time graduate enrollment decreased 0.9% for U.S. citizens and permanent residents. This discrepancy is not new. The number of temporary resident enrollees grew an average of 6.8% annually between 2008 and 2013. In that same time period U.S. citizen enrollment grew 0.6%. Look back at the last 10 years and the trend holds. Foreign student enrollment grew 6.9% annually from 2003 to 2013 as U.S. citizen enrollment increased 2%. The members of the growing foreign student body are concentrated in STEM majors. In fall 2013, more than half—56.2%—of all temporary resident students were in engineering, mathematics and computer sciences, physical and earth sciences, or biological and agricultural sciences, compared to the 17.6% of all U.S. citizen and permanent resident students. Last fall, temporary residents comprised 57.3% of all first-time graduate students in mathematics and computer sciences, 54.9% of incoming engineering students, and 30% of first-time students in physical and earth sciences.

None of this would be a problem if it weren’t so hard for foreign graduates of U.S. universities to obtain visas to work in the country after graduation. The 85,000 H1-B visa spots available in the once-a-year application process filled up in five business days this April, according to the United States Citizenship and Immigration Services. So there’s a good chance that once foreign students of U.S. graduate programs receive their degrees, they return to their home countries and contribute to the economy there—or at least that’s the argument made by advocates of still-stalled immigration reform.

When asked about this issue, CGS President Suzanne Ortega said that her organization advocates for policy changes that would allow more U.S.-educated students to remain in the U.S. “I would also say,” she added, “that when students return to their home country, we may not get the immediate benefits of their education, but the long-term connections and the international research connection creates potential business partnerships. There’s no evidence that this is money down the drain.”