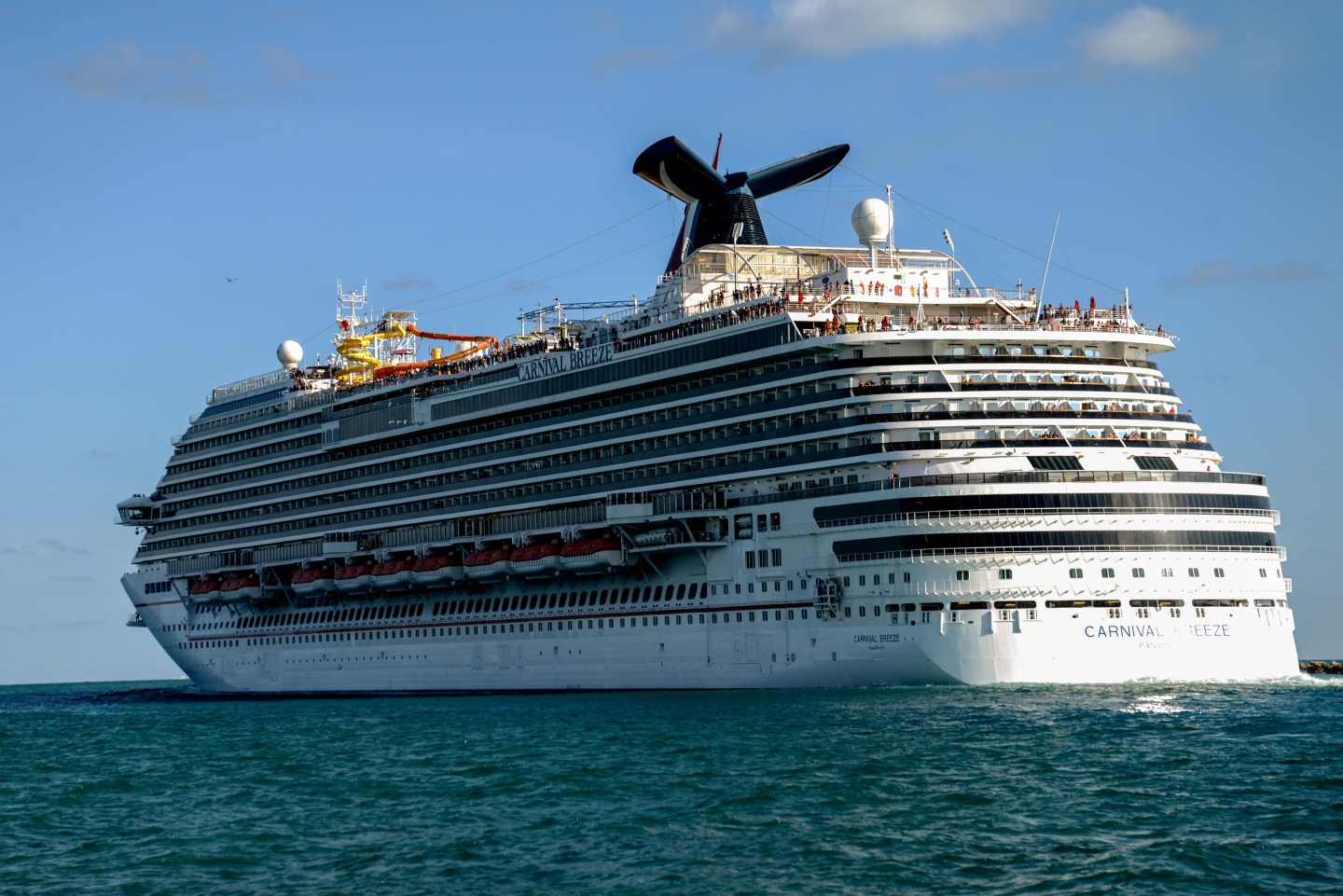 A Carnival cruise ship leaves the Port of Miami in Miami, Fl.
Photograph by Bloomberg via Getty Images

Sailing the seven seas to China is looking like a sound strategy for Carnival (CCL) and Royal Caribbean (RCL).

Both industry leaders are riding a wave of growth in China stemming from surging interest in cruising as a middle-class family vacation option: on Tuesday, Carnival, the world’s largest cruise operator, raised its global revenue forecast for the year in part because of another quarter of double-digit revenue growth in China, a trend it expects will continue for “the next few years.”

Carnival started operating in China relatively recently, in 2006, with its Costa brand, and finally turned a profit last year, with things looking even better so far in 2014. And the Miami-based Carnival is going all in: in May, Carnival said it would deploy its Costa Serena, which has long cruised the Mediterranean, to China year-round beginning next year. It is also relocating its chief operating officer to Shanghai to oversee the business there and be ready for the boom.

Meanwhile its smaller rival, Royal Caribbean, seen as the better positioned of the two for China by analysts,is set to redeploy its newest ship, the 4,200-passenger Quantum of the Seas, to Shanghai year-round starting in next spring after only six months cruising New York-Caribbean trips. (The Quantum is scheduled to debut in November.)

The interest in China comes as European demand for cruising is pressured by a chronically weak economy and lingering memories of the 2012 Costa Concordia (a Carnival-operated ship) disaster, which killed 32 passengers when the ship ran aground off the Italian coasts, and as the U.S. market continues to mature. Cruise companies have had to lower prices to entice customers in such those markets.

And there is no denying the enormous potential of Chinese tourism: some 100 million Chinese are set to travel abroad this year. In 2012, Chinese consumers spent more than $100 billion on travel abroad, with that growing 28% in the first 9 months of 2013 (full year data are not available yet), according to the United Nations World Tourism Organization.

“For a market of that magnitude, there is still extremely little awareness of cruising and what the cruising experience is,” Adam Goldstein, Royal Caribbean’s operating chief, told Fortune in a recent interview. “While it (China) may not register too much on the Richter scale yet, the plans we plans we’ve made for next year—including bringing Quantum of the Seas to Shanghai—we weren’t thinking in those terms in 2012.”

To further build up its business, Royal Caribbean recently struck a deal with Chinese online travel company Ctrip, which is the biggest seller of its cruises there: under terms of that deal, Royal Caribbean sold one its older ships, the Celebrity Century, to Ctrip and will manage the renovated vessel.

Royal Caribbean and Carnival have both praised the Chinese government for being proactive about building out the infrastructure so that their large ships can dock there.

“We expect China to someday be the largest cruise market in the world,” said Carnival CEO Arnold Donald.