What’s on trend this season for the fashion industry? Big data 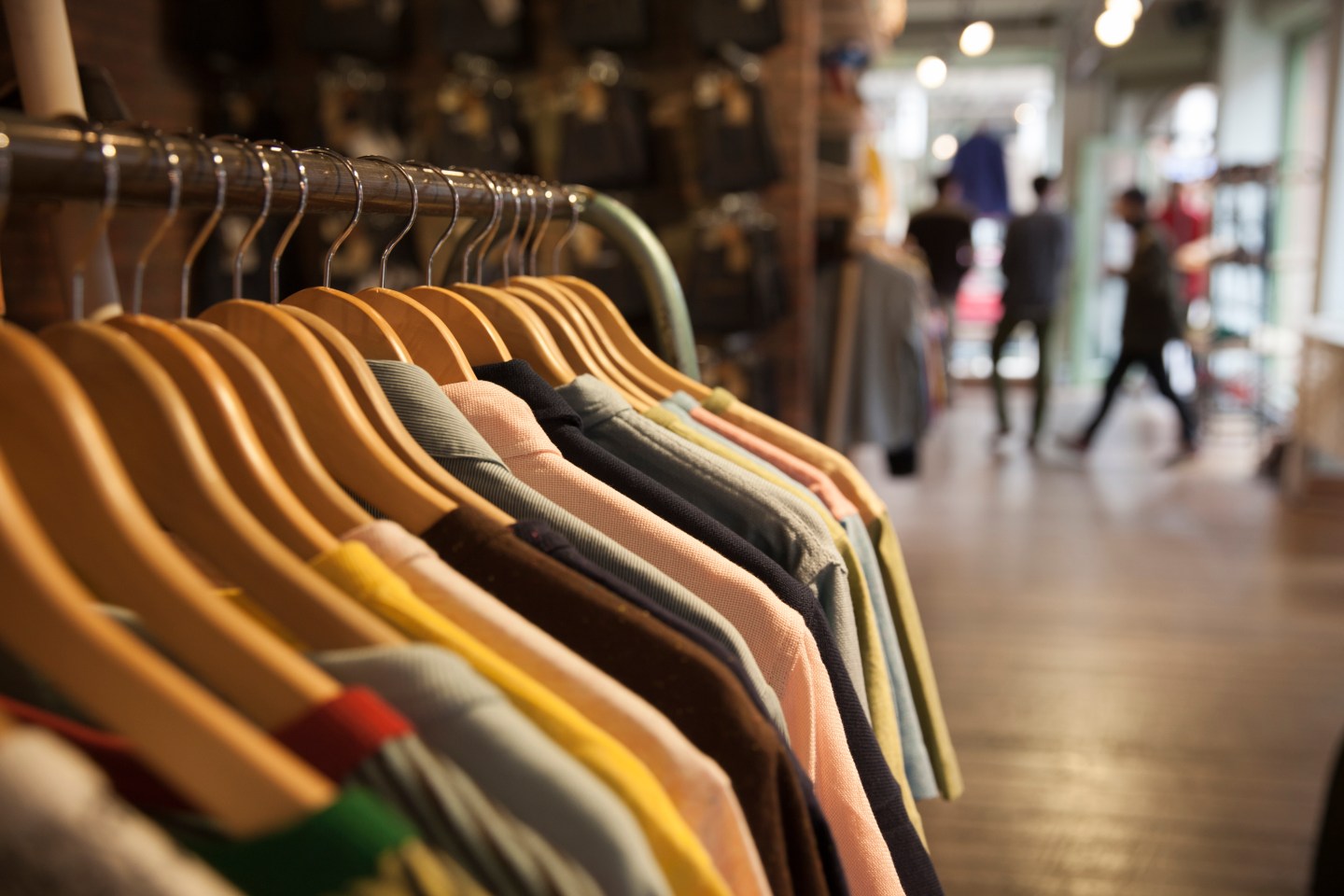 Apparel for sale at a Manchester, UK store.
Photograph by Miguel Pereira—Getty Images

When Julia Fowler was working as a fashion designer in Australia back in the early 2000s, she found herself frustrated by the lack of information available to help her understand and respond to the latest trends.

“We had internal data on the performance of previous seasons’ products and access to inspirational trend sites,” she recalls, “but no way to understand opportunities we’d missed or concrete data on how we could improve our product assortment.”

With nowhere to turn, Fowler decided to take it upon herself to develop a solution to the problem. Her timing was just right: A methodology and series of technologies collectively called “big data” was beginning to swell in the technology industry.

Fowler has since swapped her title of designer for that of co-founder at Editd (pronounced “edited” and stylized in all caps), a company she launched five years ago with technical co-founder Geoff Watts, who now serves as the company’s CEO. Their mission: to help the world’s apparel retailers, brands, and suppliers deliver the right products at the right price and the right time.

“Every time you see a product on discount, it’s because the wrong decisions were made,” Fowler says. “This leads to a lot of wastage in the industry. I wanted to fix that problem.”

Editd says it now has the biggest apparel data warehouse in the world. It offers that data up to customers along with real-time analytics and an assortment of other tools, powered by 120 servers and hundreds of terabytes of data. The London-based company, which has 27 employees and $6 million in investment, counts Gap (GPS) and Target (TGT) among its customers. It’s also profitable, Watts says, though he declined to disclose the company’s revenues.

Part of Editd’s secret sauce is the way it aggregates fashion trend and sales information from a wide variety of sources around the globe—from retail sites, social media, designer runway reports, and blogs covering trends—and then makes it accessible in real time. The company’s dataset includes no fewer than 53 billion data points on the fashion industry dating back more than four years. It covers more than 1,000 retailers around the globe and boasts 15 million high-resolution images. Its Social Monitor feature, an aggregated dashboard of social activity by fashion influencers and experts, includes more than 800,000 people.

To keep its data readily accessible, Editd stores most of it in memory, not on disk. “That’s really important,” Watts explains. “We need to access all of that and query that in any possible way. It needs to be super-responsive.”

It also needs to be easy for a layperson to grasp. “People shouldn’t have to be data scientists to understand the insights,” Watts adds.

With Editd’s service, apparel professionals in merchandising, buying, trading, and strategy can set up and tailor their own dashboards and monitor whatever they choose from virtually any device. The service spans menswear, womenswear, children’s apparel, accessories, and beauty. Because the output can be customized, a denim merchandiser at a premium retailer, for instance, would see a very different set of data than a women’s knitwear buyer at a mass-market chain store.

One of the biggest benefits of using Editd is that industry professionals no longer need to “comp shop,” short for competitive shopping, to research the competition. At one of Editd’s more data-driven customers, the entire buying and merchandising team used to stop work for one week every six to spend the time visiting competitors’ websites for information —how many types of skinny jeans are on offer, for example, and how they were priced.

“They’d put together the reports in Excel, then the booklets were bound and distributed around the company,” Fowler says. “That was their playbook for the next six weeks.”

Not only was the process time-consuming, but it was “fraught with danger,” Watts says. “So many errors creep into things.” In some cases, items might get double-counted. In others, different data collection methodologies might be used.

In a boundary-blurring business like fashion, categorizing products across retailers is another challenge. Pants, capris, or shorts—or something else entirely? “The way we analyze the kinds of products and the categories of products is very important,” Watts says. “We use computer vision and natural language processing to understand, for example, ‘This is a floral dress’ or ‘This is a cardigan.’ Unifying that and making it one consistent, clean data set is an incredibly important part of what we do.”

Today, an Editd user can simply run a query on cardigans, for example, and receive results in under a second, Fowler says. More than 50 million SKUs are tracked by the system, she adds.

One Editd customer, the British online retailer Asos, credits the company’s services for the 33% jump in sales it saw in the last quarter of 2013. The company gave 200 of its employees access to the Editd system with a particular focus on improving the pricing of its goods.

“What this technology and the changes to the industry are unlocking is the ability for customers to have exactly what they want and not necessarily what’s been decided for them,” Watts says. “It lets consumers be more fluid with their tastes and it lets the market be more efficient and more green.”

Editd isn’t the only fashion-focused company dipping its toes in the big-data waters. Vying for a share of the market is the British trend forecaster WGSN, which just last year launched its own first big-data offering, Instock.

WGSN claims its dataset has more than a million products and 11 million SKUs each day from more than 10,000 global online brands and retailers. Instock, essentially a retail analytics service, is intended to complement its widely used trend-forecasting service by adhering to the same product-categorization taxonomy.

“We link the taxonomy from the trend side in terms of how we categorize a specific shirt or dress or kimono and how we track it coming through and being presented in WGSN Instock,” explains Helen Slaven, global managing director for Instock. It’s a single, end-to-end taxonomy, in other words. By unifying the many ways in which different companies might interpret the same product line, industry professionals can make more effective decisions, she says.

More than 6,000 customers use WGSN’s trend service today. The newer Instock service counts almost 50 global clients in nine countries. This season, WGSN plans to complement its existing data on womenswear, footwear, and accessories with information on kids’ apparel and menswear. A new service called Analysis+ will offer custom cuts of the data and the option of additional analysis.

Watts, of Editd, agrees. “We help retailers have the right product at the right price and the right time,” he says. “That’s the kingmaking thing in retail. When you get that right, it unlocks a fortune.”