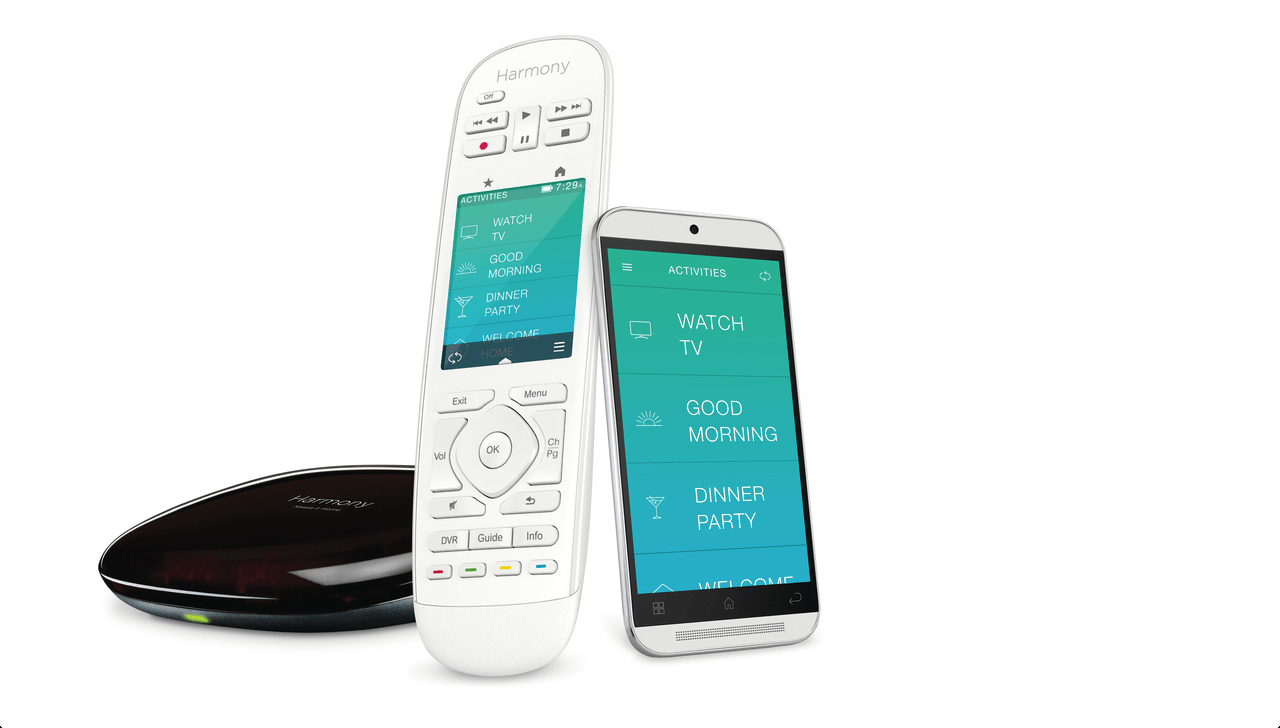 Imagine a world where, upon waking, you can reach for a remote, hit a button and presto: the blinds in your bedroom rise, the coffee maker in the kitchen burbles, and the TV in the living room flickers on. Magic? Not quite. Logitech. On Wednesday the company released its Harmony Living Home line, which allows people to control thousands of devices—including August locks, Honeywell thermostats, Zuli plugs, and Philips Hue lights—using a single system.

Logitech, the Swiss provider of computer and tablet accessories such as mice and keyboards, already had a Harmony line of remote controls that could sync to multiple entertainment devices. The Harmony Touch, released in 2012, let users control Phillips Hue lights, for example. The new line adds additional hardware, from a $100 “hub” to a $350 remote control, to allow more control over Internet-connected objects in the home. The additional functionality allows someone to program customized activities lists such as a bedtime routine where lights turn off and soft music begins playing simultaneously. The user can also scroll through a list of all their devices organized by category—lights, entertainment, and so on—and control them remotely.

The Harmony Living Home line is intended to simplify life for “smart home” enthusiasts who, in these early days of the technology, have to contend with a plethora of apps and devices that don’t work together. “Any product that harmonizes this is a step in the right direction,” says Lisa Arrowsmith, director of connectivity at IHS Technology, a research firm.

That connected devices remain the domain of early adopters is also a challenge for Logitech. The company’s new products assume that your house is already kitted out with automated blinds, electronic locks, and smart devices galore. If not, it presumes that you’re willing to spend heavily to transform your home into a smart haven, which may mean replacing perfectly good but “dumb” appliances. And intelligent though it may be, the Harmony line has its limitations. It might be necessary, for example, to scroll through a list of all the lights in the house rather than reaching up to flick off your bedside reading lamp the old-fashioned way.

According to IHS Technology, 5.6 million smart home platforms worldwide have been installed. In a recent survey of the North American market, IHS found that well over 50% of respondents wanted to perform at least one smart home application. Yet 30% of the respondents had never heard of smart homes until they participated in the survey. Arrowsmith, the market researcher, noted that Americans are excited about safety features while Europeans are more concerned with energy saving devices. IHS projects that by 2018, 44.6 million smart home platforms will be installed globally.

The business opportunity is rich. Transparency Market Research, a business intelligence company, valued the industry at $3.6 billion in 2012 and projects that it will grow to $16.4 billion by 2019. “The market is an attractive one, but I’m not sure one great, focused product will drive transformation,” says Marco Iansiti, a professor who researches technology and operations strategy at Harvard Business School.

“Awareness is going up, prices are going down, and demand will go up,” Arrowsmith says. “But there’s always a segment of the market that’s going to want to keep it simple.” In other words, there are plenty of people out there who appreciate that it’s sometimes easier to get up to open the blinds instead of fumbling for a remote.