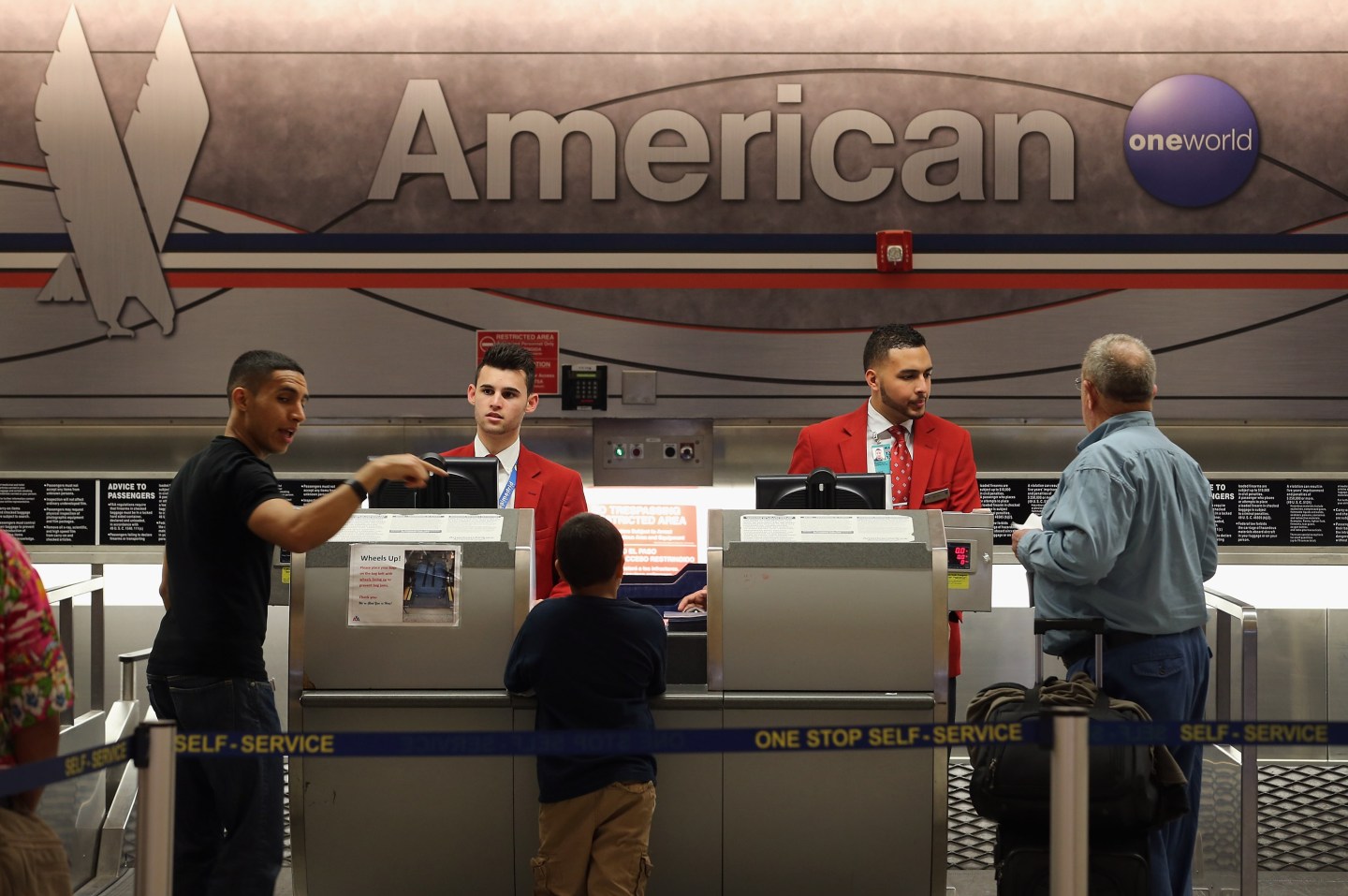 MIAMI, FL - FEBRUARY 13: American Airlines employees help travelers at the ticket counter in the Miami International Airport on February 12, 2013 in Miami, Florida. Reports indicate that a deal between American Airlines and US Airways to merge is set to be announced as early as tomorrow. If the deal goes through it would create the world's biggest airline. (Photo by Joe Raedle/Getty Images)
Photo by Joe Raedle—Getty Images

In what’s been touted as one of the biggest union victory in years, customer service agents from the newly merged American Airlines and US Airways voted this week for representation by CWA-IBT, a joint union of the Communications Workers of America and the Teamsters.

For the 9,000 American Airline workers now covered by the union, the vote marked the culmination of a nearly two-decade fight. A previous election in 2013 saw the union lose by a mere 150 votes of the 6,000 cast. The workers reignited their push following the announcement of the airlines’ merger.

Another factor makes this union vote noteworthy: three-fourths of the agents now represented by CWA-IBT work in the south—in Arizona, Texas, North Carolina, and Florida—a region that has been notoriously hostile toward organizing efforts.

This week, Republican Senator Lamar Alexander said that the current structure of the National Labor Relations Board, which monitors labor practices, is downright unfair.

The congressman from Tennessee introduced a bill Wednesday that seeks to add an additional seat to the NLRB’s five-member makeup, which currently includes three Democrat and two Republican appointees. Alexander would rather see a board consisting of three-Democrats and three-Republicans.

Such a reform, Alexander said, “will change the NLRB from an advocate to an umpire.”

Opponents of the legislation, meanwhile, say a completely bipartisan board would paralyze labor law by creating standoffs in the most controversial cases.

Here’s a big surprise: CNN doesn’t want to reinstate the 100 workers it fired more than a decade ago. Earlier this week, the National Labor Relations Board ordered the broadcaster to do just that after determining that CNN had violated the rights of unionized contract workers from Team Video Services when it cut ties with them in 2003 and replaced them with non-unionized CNN staffers.

As a result, the NLRB ordered CNN to stop all anti-union actions, offer employment to the 100 contractors who lost their jobs within 14 days of the ruling, and make whole the entire class of workers in the case—about 300 people.

CNN appealed the decision on Thursday to the D.C. Circuit Court of Appeals.