Do you really need a Stanford MBA to launch a dating app? 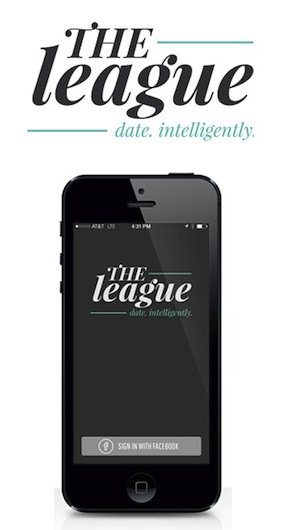 (Poets&Quants) — The estimated cost of an MBA for a single student who lives off campus at Stanford University is slightly more than $212,000. Add to that tidy sum the opportunity costs of quitting a job at Google that paid about $75,000 a year, and your all-in cost for the Master of the Universe degree comes to a formidable, if not mind-numbing, number: nearly $390,000.

That’s the kind of hole Amanda Bradford dug for herself when she graduated from Stanford’s Graduate School of Business just three months ago. So what is she doing with that world-class education?

She is launching an app on iTunes. Not just any app, mind you. It’s yet another dating app, a Tinder-like application for super picky people who want to meet other super picky people. In a world cluttered with the likes of OkCupid, Coffee Meets Bagel, Hinge, Plenty of Fish, and Zoosk, there are more than 200 entries listed under dating apps on iTunes alone.

Do we really need another app for people who can’t get dates on their own? And does it really take an MBA from Stanford to launch an app company?

Probably not. But none of that seems to have deterred 29-year-old Bradford, whose resume at least makes her prime dating material on what she is calling The League. Among other things, the app allows would-be daters to see the educational and work backgrounds of The League’s members, hooking them into the LinkedIn profiles and Facebook pages of users.

A glimpse of Bradford’s CV would lead most to wonder why she would waste her time with an app in a highly crowded field. After all, she graduated in 2007 from Carnegie Mellon with a degree in information systems, a somewhat rare young woman with a STEM credential. Bradford then landed a job as a sales engineer and later account executive at salesforce.com. After a three-year stint there, she moved to one of the hottest companies in Silicon Valley: Google, first as a “pre-sales engineer” and finally in a business development role, working with Google product and engineering teams. Bradford even spent nine months at Sequoia Capital, the high-flying Silicon Valley venture capital firm, as an investor.

You’d think someone with that kind of resume, topped by a Stanford MBA no less, would think up a more substantive business than a dating app. Last year, a record 18% of Stanford MBAs founded companies, but few of those startups were created to do launch an app.

Nonetheless, the path to app-dom was clear when Bradford and her first-year classmates downloaded Tinder and became increasingly intrigued–and appalled–by what they saw.

“We would send each other the most horrifying Tinder pictures we’d seen that day, guys doing asinine things, half-naked people,” Bradford says in an interview at her San Francisco office. And though she and her friends would laugh about the awful material on the dating app, she was struck toward the end of 2013 by something else: just about everyone she knew was using it.

“What I saw was a huge consumer behavior shift in my demographic,” Bradford says. “Guys and girls in my network who I’d never seen on a dating app … all of a sudden had this Tinder app installed on their phones. It was kind of this fun thing that everyone in my generation was doing.”

But she saw problems with Tinder. There was the sleaze factor. There were millions of users, making it hard to sort out who might be compatible. Also, dating apps had a stigma, “this reputation for a one night stand, or a hookup,” she says. Furthermore, getting on such an app made a user’s search for love—or whatever—public. Many successful people didn’t want their personal and professional brands potentially tainted by association with a dating app.

“There was this kind of mismatch: the more successful you were, the less likely you were to be on a dating app,” Bradford says.

The light switch was thrown. Instead of creating another app for the masses to clutter with offensive comments and tasteless photos, she would create an alternative to be populated by “a high caliber community” of smart, well-educated, successful people.

With The League, most new membership will come via referrals, and the app will use an algorithm to evaluate applicants’ educational and professional qualifications. The app will have privacy settings to regulate who sees a member’s profile, barring, for example, colleagues. “You don’t have to worry about being the talk of the water cooler at work,” Bradford says.

While many people, no doubt, have wished for a better dating app or thought about creating one, Bradford’s position at Stanford put her in a spot to do something about it. “The Stanford ecosystem is very, very supportive,” she says. “I’ve never been to a more entrepreneurial place. Half my classes were on entrepreneurship, and launching a company, and how to start a company—it’s in the water there. I went to a ton of people for advice, from faculty, to speakers on campus, to alums, to people on campus who had done startups.”

She applied successfully to get into the Stanford Venture Studio, a facility in which graduate students from all disciplines can test and develop business ideas, take part in group sessions, get advice from successful entrepreneurs and alumni, and practice pitching.

Bradford refined her idea by pitching it to BASES, the Business Association of Stanford Entrepreneurial Students. And she sought constant feedback from her girlfriends, who were members of her target market of smart, up-and-coming young people. Her Stanford friends, she says, were “very instrumental in shaping the product and feature set.”

During a Stanford independent study course, Bradford built the app’s wireframes, essentially blueprints. She created the technical specifications. But when she outsourced prototype development to India, she ran into difficulties, as she found no effective way to create the prototype without working side-by-side with other developers.

Ultimately, she joined forces with Derrick Staten, who received a BA in International Relations from Stanford, but has expertise in mobile operating systems and experience in venture capital.

Now, the two are putting the final touches on the app and continue to gather would-be members onto a waiting list. They hope to launch within weeks, first in San Francisco and eventually in up to 10 major U.S. cities.

Will it be worth her big investment in a Stanford MBA? Who knows. But she’s already getting plenty of publicity. Sex, after all, sells. And sex among elites may sell even better.