Corporate dress codes relax in an age of tattoos, piercings 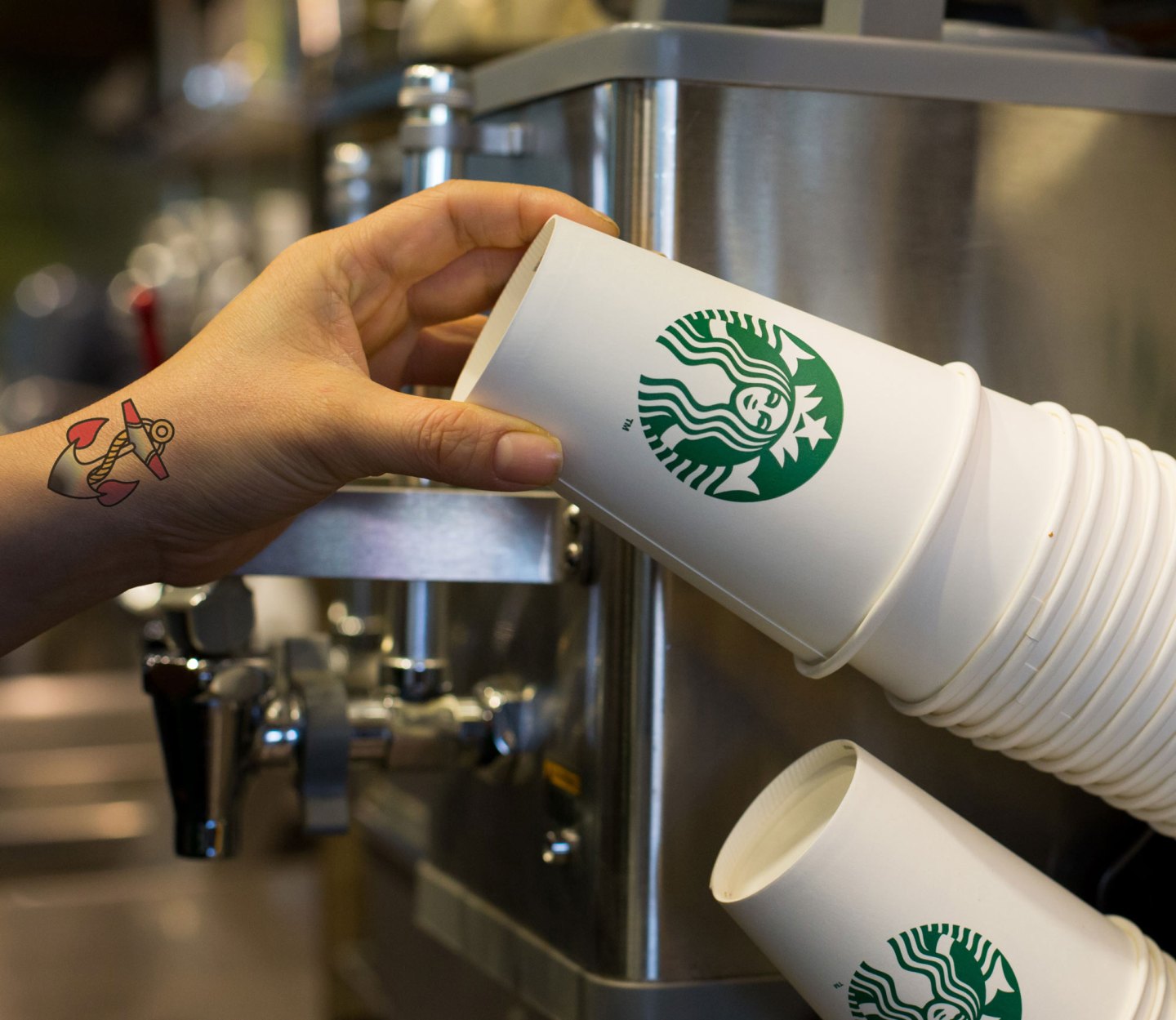 If your Starbucks barista had an arm tattoo, would it stop you from ordering your daily espresso?

Probably not, but Starbucks, at least for now, won’t allow baristas to have tattoos that are visible to customers. But the coffee giant is considering relaxing its dress code in the coming weeks in recognition that fashion tastes have changed.

Starbucks (SBUX) is part of a growing list companies that are grappling with the reality that their workforces and customers are increasingly tattooed, pierced and at home in casual clothes. For example, PetSmart (PETM) recently started letting employees show off their tattoos at work while retailing giant Wal-Mart (WMT) will soon let its workers wear black pants instead of just khakis.

Dress codes are a delicate balancing act for retail and food-service companies, which try to project an image to customers but not be so strict as to make employees quit. For instance, shoppers in Home Depot’s massive stores can easily spot employees wearing orange aprons, which also help to reinforce the corporate color scheme.

But err into too-strict territory and it could mean an employee exodus. Turnover is already high at retail stores and restaurants, which raises recruiting costs. Research suggests that the cost of replacing workers can reach as high as 50% to 60% of their annual salary because of the extra training required and time human resources spends setting them up to get paid and start their benefits, according to a report by the Society for Human Resource Management.

Starbucks says it is considering changes to several employee-related policies, including the dress code, pay, and vacation scheduling. The policy review could result in changes in the next few weeks, a spokesman said.

“We are always actively engaged in discussions with our partners to determine how to make their experience better and more valuable,” said Zack Hutson, a Starbucks spokesman said. In the company’s corporate lingo, “partners” are employees.

Hutson said retention plays “a big part in all the work we do to create the best experience possible for our people,” and added the company’s retention rate is about half the industry average (Starbucks declined to share the specific figure).

Starbucks’ review of its dress policies closely coincides with an online petition started by a Starbucks employee intended to pressure the company into changing the dress code to allow visible tattoos. But Starbucks says it was already mulling a change to the policy before that petition appeared. Starbucks has adjusted employee policies in the past following critical news coverage. In one case, it revised how it scheduled work hours for baristas after a The New York Times article showed how a single mother struggled with the erratic hours assigned to her by automated software.

Companies have long had dress codes that have shifted with the times. Decades ago, some businesses banned facial hair, which few people consider a problem today. On the other end of the spectrum, are some contemporary retailers that don’t seem to have much of a policy beyond wearing the corporate t-shirt. On a recent day at a Walgreens in downtown San Francisco, for example, a cashier with a tattoo of a shooting star on his face, more tattoos up his arms and a red stud piercing below his mouth, quietly worked the cash register without customers paying much attention.

PetSmart’s policy to allow visible tattoos kicked in earlier this year. But the more liberal policy comes with some fine print that says the body art must be appropriate – as in not containing profanity or nudity. Peet’s Coffee & Tea, which also allows visible tattoos, also has a policy in place that the ink must not display anything offensive.

Wal-Mart said its took employee feedback into consideration when it updated its dress code, but that the change–in particular adding a required blue vest–was needed to help customers more clearly spot employees. The new dress code, which goes into effect Sept. 29 at all of the company’s large U.S. stores, lets employees wear black pants instead of just khakis.

Some employees are complaining about the new look and the financial burden they’ll have to take on to buy new clothes to adhere to the new standards. , Richard Reynoso, a Wal-Mart employee, wrote a letter to Wal-Mart’s corporate headquarters saying that he couldn’t afford to comply with the new dress code, according to the Huffington Post.

Retention wasn’t a major motivating factor behind Wal-Mart’s new dress code policy, according to a spokesman. Instead, the focus appears to be more about the customer experience, though Wal-Mart says its new vests–which return to the store after a multi-year hiatus–have been well received.

“This was really about helping the associates serve customers better and making them more identifiable in the store,” said Wal-Mart spokesman Kory Lundberg.