Marriott to hotel guests: Please pay our maids for us 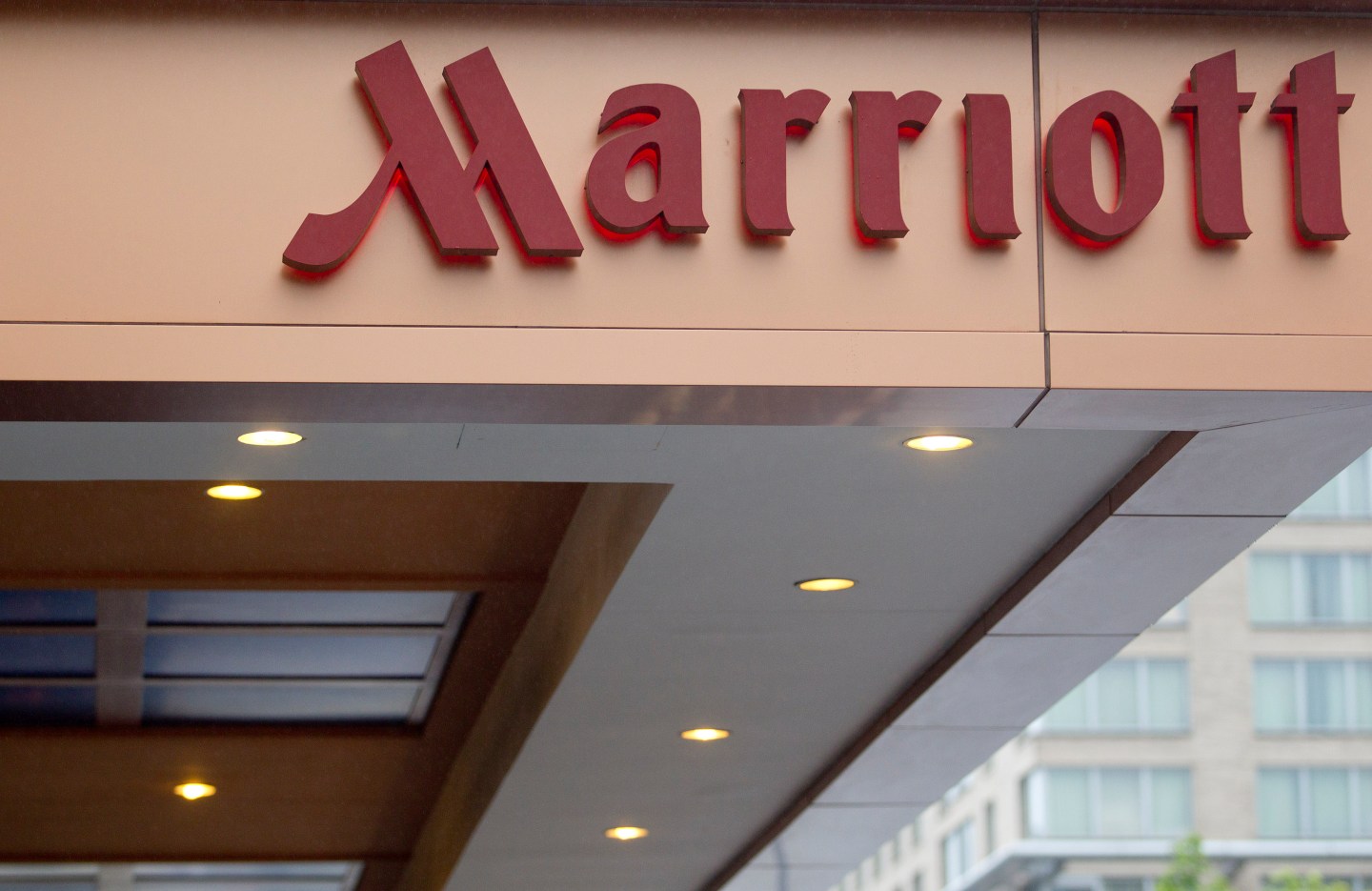 A Marriott sign hangs at a hotel in Washington, D.C., U.S. on Wednesday, July 14, 2010. Marriott International Inc. is expected to release their second quarter earnings after the closing of the trading day today. Photographer: Andrew Harrer/Bloomberg via Getty Images
Photo by Andrew Harrer—Bloomberg—Getty Images

The United States imported the concept of tipping service workers from Europe, but that hasn’t stopped America from making the practice its own. Americans tip more than any other nations’ citizens, according to tipping expert Michael Lynn of Cornell University’s School of Hotel Administration. “We’re on the top of the heap in terms of who we tip and how much we tip.”

Marriott International, it seems, is angling to get its workers a piece of that American generosity.

On Monday, the hotel chain announced that it would start placing tip envelopes in its hotel rooms to encourage guests to “express their gratitude by leaving tips and notes of thanks” for hotel room attendants.

The initiative is part of “The Envelope Please,” a project by A Woman’s Nation, a nonprofit organization founded by former California first lady Maria Shriver that advocates for the recognition and respect of women at home and in the workplace. The idea behind the tip envelopes, which will appear in 160,000 guest rooms at participating Marriotts this week, is to give hotel guests the opportunity to acknowledge the “behind-the-scenes” work of housekeepers, which often goes unnoticed and unappreciated because room attendants are not as visible as front-of-the-house employees, according to a release.

Shriver told Fortune on Monday that The Envelope Please is a “person-to-person” initiative that will be combined with business and government programs, constituting a three-pronged approach to fight poverty among women. (She has also called for a higher minimum wage and better access to higher paying jobs.)

Karl Fischer, Marriott’s chief human resources officer for the Americas, told Fortune that the hotel “takes seriously the need to pay [the housekeepers] competitively.” The tip envelopes encourage “a voluntary action on behalf of customers…based on their experience as guests,” he says.

But to a fatigued public living in an economic environment where corporate profits are at their highest level in at least 85 years and employee compensation is at its lowest level in 65 years, Marriott’s well-intentioned tip envelopes seem like yet another case in which a corporation is relying on consumers to pay workers’ wages instead of investing in employees directly.

The biggest culprit of this trend is the restaurant industry, where tipped workers have been paid a minimum wage of $2.13 per hour for 23 years. In theory, all workers make the regular minimum wage—at least $7.25 federally—but employers of tipped workers catch a break in that they’re only required to pay their workers $2.13 per hour based on federal law, while consumers’ tips make up the $5.12 difference. That means as the minimum wage has increased over the years—from $4.25 in 1991, to $5.15 in 1997, to $6.55 in 2008, and $7.25 a year later—the tipped minimum wage has been stagnant, and customers have directly contributed more and more of the take-home pay of waitresses, bartenders, and casino workers.

Meanwhile, fast-food companies’ refusal to raise their restaurant workers’ wages has led to a dismal scenario in which 52% of fast-food employees’ rely on public programs to make ends meet, costing taxpayers approximately $7 billion per year.

Marriott’s initiative is somewhat different from the restaurant and fast-food examples. For one, its workers aren’t subject to the tipped minimum wage, so the gratuity they receive will serve as extra income. (Maids and housekeepers earned a median annual salary of $19,570, or approximately $9.41 per hour, in 2012, according to the U.S. Bureau of Labor Statistics.) And unlike the fast-food industry, which has expressed little concern over its workers’ livelihoods, Marriott seems to care—or at least it has said it does publicly.

Nevertheless, if what Marriott really does want—as CEO Arne Sorenson said in Monday’s release—to “shine a light on the excellent behind-the-scenes work our room attendants do,” why not offer an across-the-board hourly wage increase, like Ikea and The Gap, instead of leaving it to the whims of hotel guests?

Lynn of Cornell pointed to an often-used rationale: if wages go up, so will the cost of a hotel room, which would lead to a competitive disadvantage. Indeed, Fischer told Fortune that “Marriott’s focus is on being competitive.” (It should be noted that in the second quarter of this year Marriott International reported $192 million in profits, a 7.3% increase from the same period a year ago.)

Sylvia Allegretto, research economist at the Institute of Research on Labor & Employment at the University of California, Berkeley, argues that such explanations “ignore the positive benefits of giving workers higher wages.” A 2013 Berkeley study compared the experiences of businesses located in neighboring counties but different states. The firms located in the states that had raised their minimum wage saw less employee turnover than their lower-paying counterparts. Workers in the higher paying states were also less likely to leave their jobs and managers avoided the costs of recruiting and training new employees.

Encouraging an employee pay structure that depends on tips is flirting with danger, argues David Cooper of the Economic Policy Institute. “We know that … workers in industries where tips are the dominant form of income … that sort of structure creates extremely erratic income flows for those workers. It’s hard to budget and plan because income can vary widely week to week,” he says. “This is an example of a large professional corporation trying to shift some of their compensation costs onto consumers as opposed to paying good wages that workers can rely on.”

Editor’s note: This story has been updated with comments from Marriott.