The game isn’t over yet for Nintendo’s Wii U 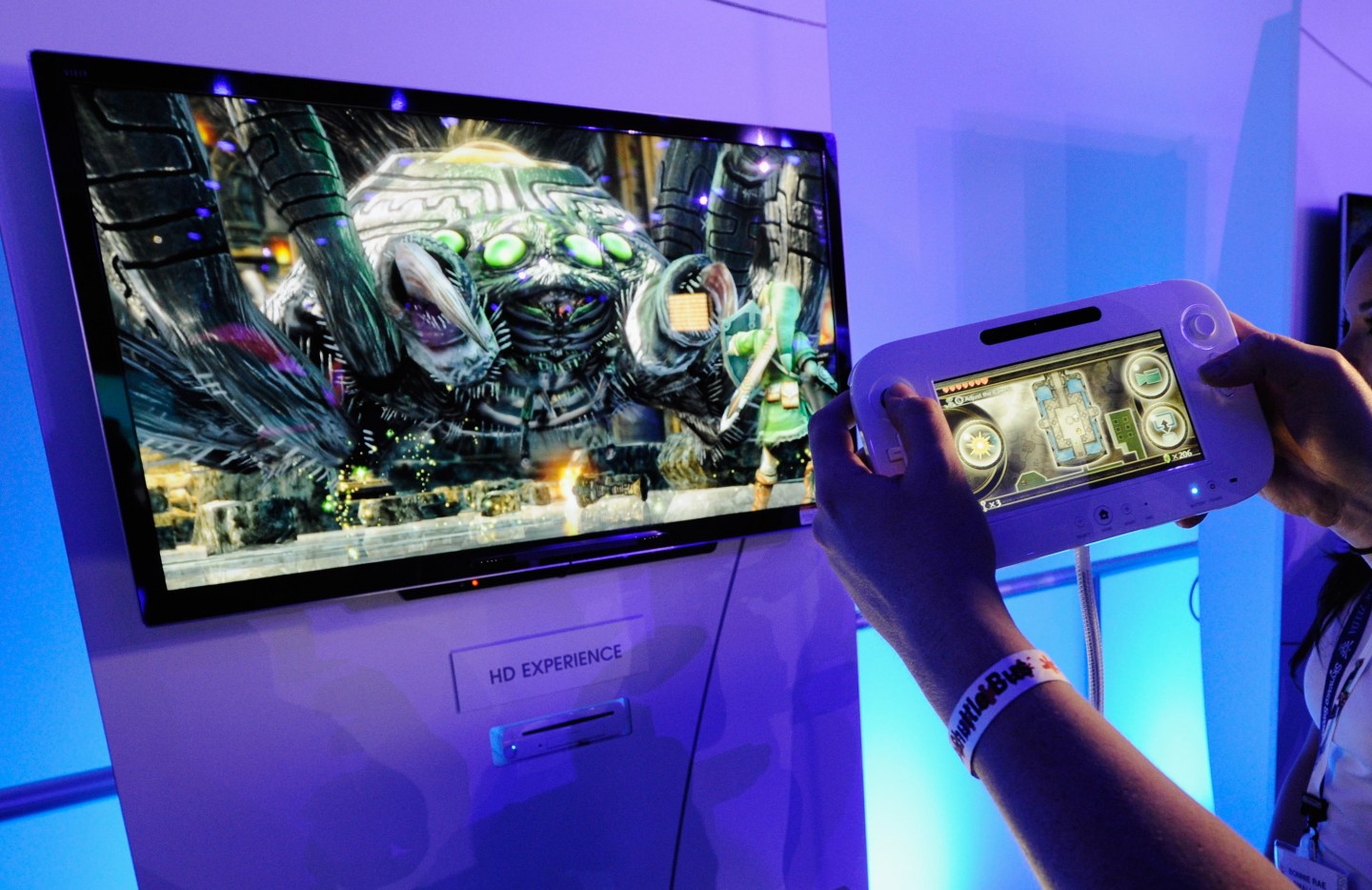 LOS ANGELES, CA - JUNE 07: The new Nintendo game console Wii U is displayed at the Nintendo booth during the Electronic Entertainment Expo on June 7, 2011 in Los Angeles, California. The Wii U will have HD graphics, a controller with a 6.2 inch touchscreen and be compatible with all other Wii accessories. (Photo by Kevork Djansezian/Getty Images)
Photo by Kevork Djansezian—Getty Images

Can Mario, Donkey Kong and Yoshi swoop in and save the underperforming Wii U?

The video game maker’s Wii U system has been on shelves for nearly two years. Hopes were high for the system, which was the successor to the popular Wii.

But it hasn’t sold as well as Nintendo initially expected. Through June 30 of this year, Wii U has sold 6.68 million hardware units and nearly 37 million games. Both of those totals are under what Nintendo had at one point projected it would sell in a single fiscal year.

What’s been the problem? Analysts say “software sells hardware,” and Nintendo didn’t have enough games available during the Wii U’s first year on the market. Meanwhile, the Wii U has performed particularly poorly in North America and Western Europe, where more gamers are turning to the iPad and other tablets for their gaming fix, according to Lewis Ward, IDC’s research director of gaming.

Reggie Fils-Aime, president and chief operating officer of Nintendo’s North American division, said soon after the debut of the Wii U the company was “dissatisfied” with the pace of software developed at Nintendo.

“There were a number of games we wanted to launch early in the existence of Wii U that saw their launch times slip, some games by as much as six months,” Fils-Aime said.

The company has been playing catch up. There are eight more Nintendo-published games to be released in the final four months of 2014, bringing the number of games available on the Wii U and Nintendo 3DS up to nearly 70 games. Earlier this year, “Mario Kart 8” helped jolt sales, becoming just the second Wii U game to sell more than one million units in the U.S. Fils-Aime said Nintendo set a high bar for the newest Mario Kart, and sales have so far met those expectations.

Through the first seven months of 2014, total sales of Wii U hardware and software jumped 60% and 135%, respectively, over the same period in 2013, according to NPD Group. The company is hopeful that a strong holiday lineup, as well as a slate of new offerings in 2015, will help accelerate interest in Wii U.

“We have a core fundamental belief at Nintendo and that is that innovative software is what drives consumers to experience our hardware,” Fils-Aime said.

If Nintendo were to continue to accelerate interest in the Wii U, it would represent a rare turnaround story. Hardware sales crest around three to four years after a system debuts, and generally only see another jolt in sales after a system’s price is cut. The Wii U has already been on shelves for nearly two years, so the clock is ticking.

“They’ve been written off for dead probably three times in the last 22 months, but I would not bet against them,” said P.J. McNealy, CEO and analyst at Digital World Research.

The potential crown jewel for later this year is a new Super Smash Bros. game, which will be the first Nintendo game that will feature physical figures that can interact with the video game. The technology recognizes characters like Mario and Donkey Kong, places them into the software, and then allows the user to play as that character within the game.

Nintendo is late to the game with videogame-physical toy functionality, trailing launches by Activision Blizzard (ATVI) and Walt Disney (DIS) that have been strong sellers the past few holiday seasons.

“Smash Brothers is the type of game that is a system seller—it can move the needle on hardware sales,” Ward said. “But it is going to take more than one title for them to get back to where they need to be to be competitive with Microsoft and Sony.”