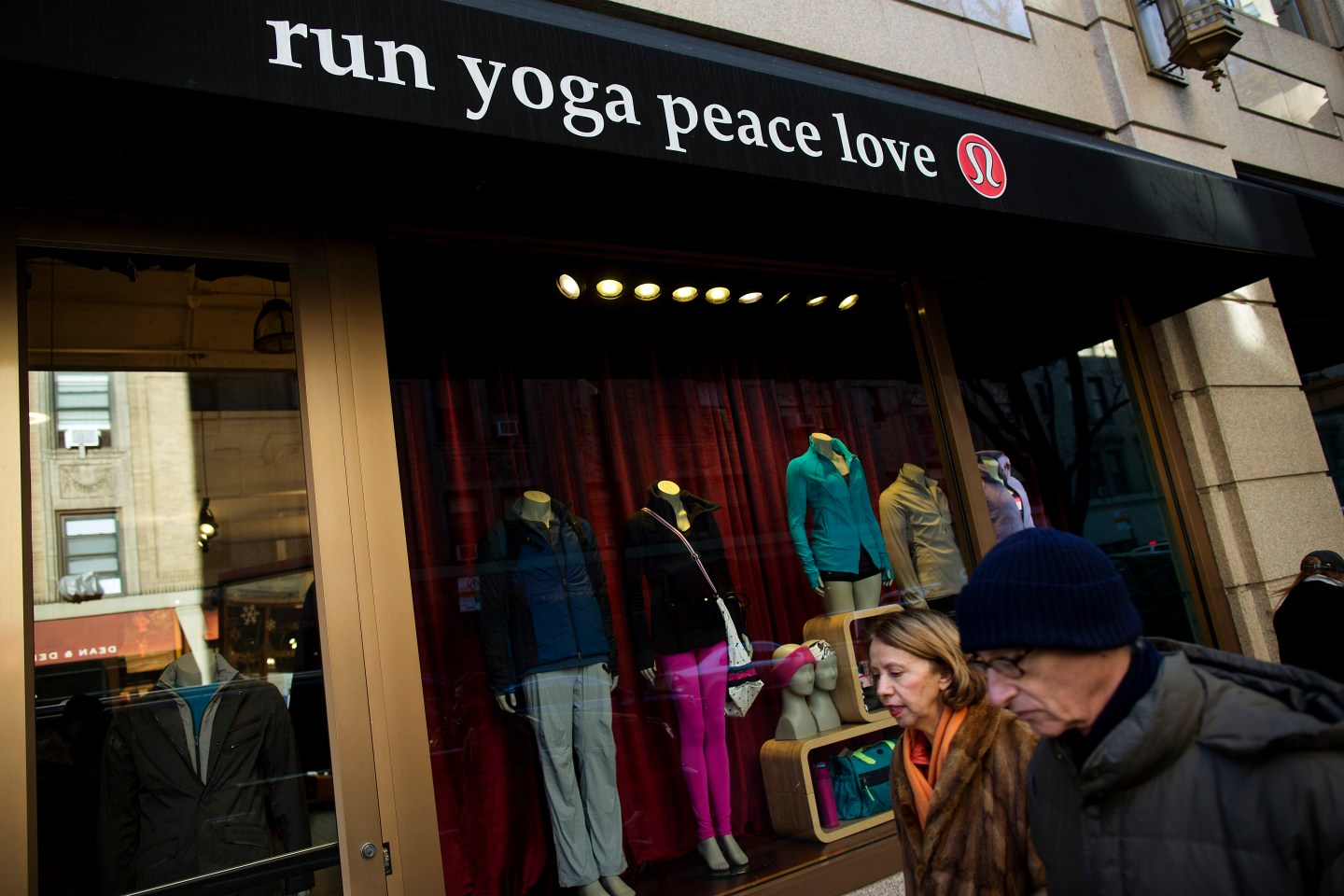 It’s a busy Thursday in the business world. We’ve got earnings from your favorite yoga pants maker, and the Apple news just keeps rolling in. Plus, U.S. stocks look set for a lower open following President Barack Obama’s announcement last night that the U.S. will expand its military campaign to thwart Islamic State militants. Here’s what else you need to know today.

Lululemon, a company that’s been in the headlines for the wrong reasons lately, posted a solid earnings report today. Net profit was down slightly from a year ago, but it was much better than analysts expected. Shares of the stock were up more than 12% in pre-market trading on the news.

The New York Times is reporting that delivery of the iPhone 6 and iPhone 6+ will be delayed in China, much to the chagrin of mobile providers in the country. The cell phone companies had already started planned advertisements accounting for a Sept. 19 release date for the new gadgets. Apple didn’t tell the companies, or the press, the reason for the delay.

A few days after one poll showing a narrow lead for the Scottish Independence movement sent British leadership and the markets for the Pound Sterling into a panic, a new poll once again shows that those in favor of Scotland remaining in the UK have a 6-point lead. Following the release of the poll, the UK currency saw an upswing on the foreign exchange markets.

Microsoft is killing the Nokia brand

The website Geek on Gadgets is reporting that internal Microsoft documents say the company is planning to kill the Nokia brand for cell phones. “Lumia” will be the major branding now, along with Microsoft.

Five U.S. Senators, led by Majority Whip Dick Durbin (D-Ill.), have written a letter to Burger King’s CEO Daniel Schwartz asking him not to go through with the company’s planned tax-advantaged inversion deal. All of the Senators who signed the letter are Democrats, except for Bernie Sanders, the Vermont Independent who caucuses as a Democrat.