American elite colleges: In a state of ‘complete failure’? 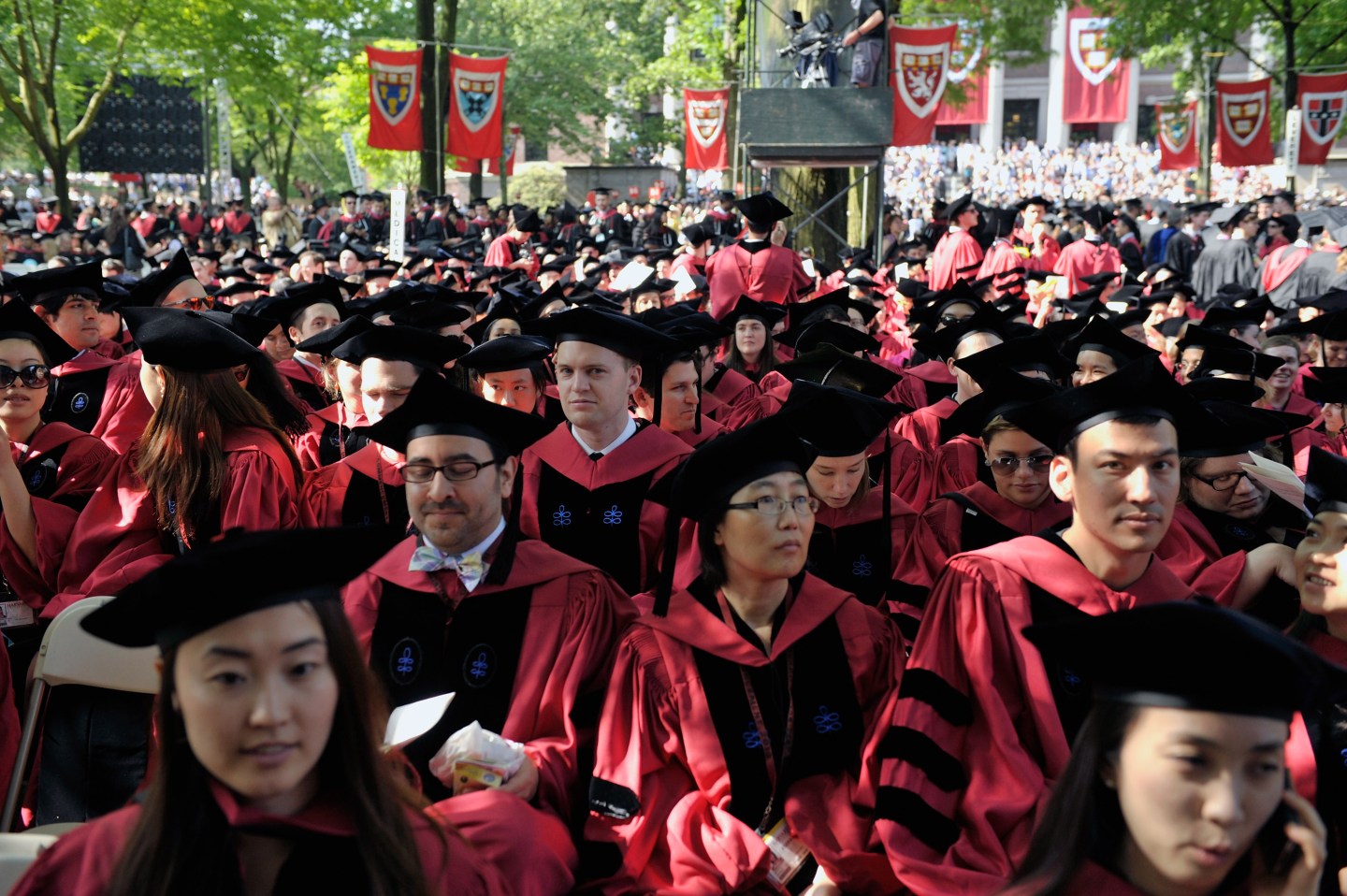 It’s rare that academics stir up this much excitement.

Former Yale English professor William Deresiewicz kicked up an awful lot of hullabaloo earlier this year when an article he had written went viral. Its title will help explain: “Don’t send your kids to the Ivy League: The nation’s top colleges are turning our kids into zombies.”

In the article, which was published by The New Republic this summer, Deresiewicz characterized Ivy League students as competitive hoop jumpers who—as adolescents—had been so programmed to try to meet the sky-high requirements of top-tier institutions that once they were admitted and arrived, they simply sought out the next hurdles to clear. They gave more thought to padding their resumes than choosing their coursework and wound up on a conveyor belt into careers on Wall Street or in consultancy.

In his recently published book Excellent Sheep: The Miseducation of the American Elite and The Way to a Meaningful Life, Deresiewicz argues that colleges should be institutions that teach students how to learn through a variety of courses. Instead, the elite education system “manufactures young people who are smart and talented and driven, yes, but also anxious, timid, and lost, with little intellectual curiosity and a stunted sense of purpose: trapped in a bubble of privilege, heading meekly in the same direction, great at what they’re doing but with no idea why they’re doing it,” he wrote in The New Republic article.

That certainly ticked a lot of people off, including Harvard professor Steven Pinker who, in a rebuttal published last week, said Deresiewicz’s arguments are “long on dogmatic assertion” and “short on objective analysis.” It was, Pinker wrote, “driven by a literarism which exalts bohemian authenticity over worldly success and analytical brainpower.” Pinker’s solution to what he acknowledges is a “wasteful and unjust” education system: admit students based on their standardized test scores.

Lost in this stuffy disagreement between two academics from Ivy League schools over whether the country’s elite are getting a good enough education is any mention of the higher ed hot topic of the day—student debt. You know, that nagging load of money—$1 trillion-plus—that’s trailing today’s young adults when they leave college.

So, how does Deresiewicz’s suggested focus on the humanities and “learning how to learn” agree with today’s competitive job market and the $33,000 in debt that hits the average student on graduation day?

Fortune went straight to the source. Here’s what Deresiewicz had to say about how his outlook fits into today’s economy.

Fortune: First off, what exactly do you mean when you say students should learn how to learn in college?

William Deresiewicz: Schools say that they teach you to think analytically; to puzzle through what are essentially technical problems, whether it’s an actual technical field or social science or the humanities. I’m talking about something more than that; I’m talking about an ability to think critically about fundamental assumptions about society at large. So recognizing and critically thinking about all the things you learned to believe without even knowing that you were learning to believe them: things your parents taught you, things society taught you and, most relevantly, those assumptions in so far as what they have to do with how you conduct your own life. So most obviously—what should your goals in life be; what should you be living for?

You spend a lot of time hating on colleges as they exist now. Is there another way to learn to learn? What about ideas like the Peter Thiel fellowship that gives promising entrepreneurs $100,000 to drop out of school?

Thiel’s solution is not a solution beyond the 24 kids who win his scholarship. If you’re an average person and don’t go to college, you’re putting yourself in an enormous practical disadvantage. Maybe that won’t be true in 20 years, but it’s certainly true now.

A big reason why that’s true, of course, is because college degrees, especially those from elite schools, carry so much weight in the job market. Is that ever going to change?

Contrary to popular belief, in terms of future earnings, it doesn’t matter where you go to school. A study released a few years ago found that if you looks at someone who went to Princeton, someone who got into Princeton but didn’t go, and even someone who just applied to Princeton, they end up making the same amount of money because what matters is the kid, not the school. I just wish more people knew that. Still, there’s no question that in terms of prestige and access, going to the best school matters. My grand solution is to rebuild public higher education.

You’ve said that in your perfect world, higher ed would consist of free or low-cost colleges. Why is that the solution?

Okay. Until that happens, students are going to have debt and need to make a decent living to pay it off. Can they do that and still abide by your humanities-heavy advice?

I don’t see the connection that everyone sees—that by devoting part of your college experience to these larger issues of getting a real education that you are somehow disadvantaging yourself on the job market. I don’t see that as a valid connection for a number of reasons. A—I’m not saying you have to major in English. We have a system that enables you to study more than one thing. In fact, that’s the purpose of the system, and we’re the only country like that. There’s no reason why you can’t study computer science and the other stuff. B—there’s been a lot of studies about how much employers value liberal arts skills; they value technical skills, but they also value liberal art skills. C—studying a variety of subjects is a very practical thing; it helps you figure out what you want to do with your life.

At the end of the day, why does all this matter? What’s the risk if the “miseducation of the American elite”—as you call it—persists?

I—and many other people—have witnessed a complete failure of our elites for the last 10, or even 15 to 20 years. They all seem to be the same—self-serving, self-enclosed, not creative or innovative. In my book I give the example of ex-BP CEO Tony Hayward (even though he’s British) and his “I want my life back” comment. There’s no larger sense that this is about more than their careers. They’re not putting their country ahead of themselves. The implicit criticism of my book is that this is a societal problem, not a college problem. Yes, but colleges are part of what shape our culture and they help determine who rises to the top. They used to be counter-culture; they preserved non-material values. They had missions other than simply being what society wanted them to be.