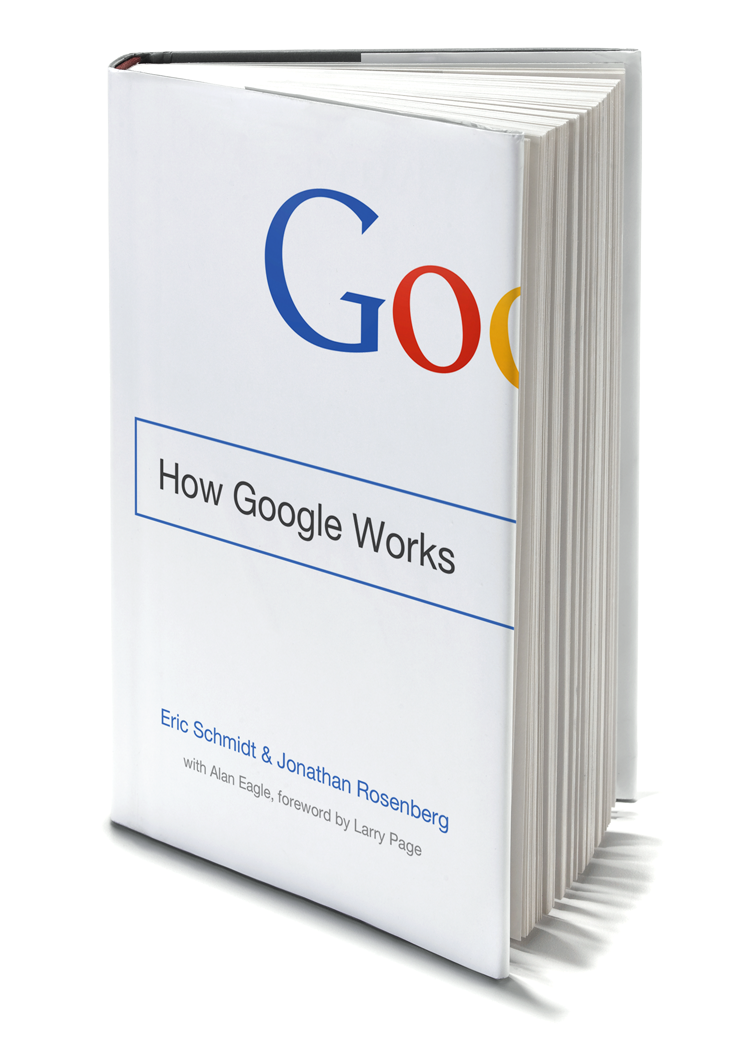 If you asked managers at large companies “What is the single most important thing you do at work?” most would reflexively answer “Go to meetings.” Now imagine asking the same question of the top sports coaches or general managers. They go to meetings all day too, yet they would probably say that the most important thing they do is draft, recruit, or trade for the best players they can. Smart coaches know that no amount of strategy can substitute for talent, and that is as true in business as it is on the field. Scouting is like shaving: If you don’t do it every day, it shows.

For a manager, the right answer to the question “What is the single most important thing you do at work?” is hiring.

Passion is crucial in a potential hire, as is intelligence and a learning animal mindset. Another crucial quality is character. We mean not only someone who treats others well and can be trusted, but who is also well-rounded and engaged with the world. Someone who is interesting. Judging character during the interview process used to be fairly easy, since job interviews often included lunch or dinner at a restaurant and perhaps a drink or two, Mad Men style. Such a venue allowed the hiring executive to observe how the candidate comported himself “as a civilian.” What happens when he lets his guard down? How does he treat the waiter and bartender? Great people treat others well, regardless of standing or sobriety.

As important as character, though, is whether or not a candidate is interesting. Imagine being stuck at an airport for six hours with a colleague; Eric always chooses LAX for maximum discomfort (although Atlanta or London will do in a pinch). Would you be able to pass the time in a good conversation with him? Would it be time well spent, or would you quickly find yourself rummaging through your carry-on for your tablet so you can read your latest email or the news or anything to avoid having to talk to this dull person?

(Larry and Sergey took the LAX test one step further when they were looking for a CEO: They took candidates away for a weekend. Eric played it a bit more conservatively: “Look guys, I don’t need to go to Burning Man with you. How about dinner?”)

Insight that can’t be taught

A person who passes the LAX/Googleyness test has to be someone you could have an interesting conversation with and respect. However, he or she is not necessarily someone you have to like. Imagine that person with whom you are stuck at LAX has nothing in common with you, and in fact represents the polar opposite of wherever you stand on the political spectrum. Yet if this person is your equal (or more) in intellect, creativity, and these factors we call Googleyness, the two of you would still have a provocative conversation, and your company will be better off having the both of you on the same team.

You often hear people say they only want to work with (or elect as president) someone they would want to have a beer with. Truth be told, some of our most effective colleagues are people we most definitely would not want to have a beer with. (In a few rare instances they are people we would rather pour a beer on.) You must work with people you don’t like, because a workforce comprised of people who are all “best office buddies” can be homogeneous, and homogeneity in an organization breeds failure. A multiplicity of viewpoints— aka diversity— is your best defense against myopia.

We could go off on a politically correct tangent on how hiring a workforce that is diverse in terms of race, sexual orientation, physical challenges, and anything else that makes people different is the right thing to do (which it is). But from a strictly corporate point of view, diversity in hiring is even more emphatically the right thing to do.

People from different backgrounds see the world differently. Women and men, whites and blacks, Jews and Muslims, Catholics and Protestants, veterans and civilians, gays and straights, Latinos and Europeans, Klingons and Romulans, Asians and Africans, wheelchair-bound and able-bodied: These differences of perspective generate insights that can’t be taught. When you bring them together in a work environment, they integrate to create a broader perspective that is priceless.

Great talent often doesn’t look and act like you. When you go into that interview, check your biases at the door and focus on whether or not the person has the passion, intellect, and character to succeed and excel.

Interviewing is the most important skill

The most important skill any businessperson can develop is interviewing. You’ve probably never read that in any management book, or heard it in an MBA course. CEOs, professors, and venture capitalists always (correctly) preach the primacy of people when it comes to success, but they often don’t say how to get those great people. They talk in theory, but business is practice and in practice your job is to determine a candidate’s merit in the context of an artificial, time- constrained interview. That calls for a unique and difficult skill set, and the simple truth is most people are not good at it.

Conducting a good interview requires something different: preparation. This is true regardless of whether you’re a senior executive or a fresh associate. Being a good interviewer requires understanding the role, reading the resume, and — most important— considering your questions.

You should first do your own research on who the interviewee is and why they are important. Look at their resume, do a Google search, find out what they worked on and do a search on that too. You aren’t looking for the drunken Carnival photo, but rather trying to form an opinion of them — is this someone who is interesting? Then, in the interview use your researched knowledge of their projects to dig deeper. You need to ask challenging questions that push the candidate.

What was the low point in the project? Or why was it successful? You want to learn if the candidate was the hammer or the egg, someone who caused a change or went along with it.

Your objective is to find the limits of his capabilities, not have a polite conversation, but the interview shouldn’t be an overly stressful experience. The best interviews feel like intellectual discussions between friends (“What books are you reading right now?”). Questions should be large and complex, with a range of answers (to draw out the person’s thought process) that the interviewer can push back on (to see how the candidate stakes out and defends a position). It’s a good idea to reuse questions across candidates, so you can calibrate responses.

When asking about a candidate’s background, you want to ask questions that, rather than offering her a chance to regurgitate her experiences, allow her to express what insights she gained from them.

Get her to show off her thinking, not just her resume. “What surprised you about…?” is one good way to approach this, as it is just different enough to surprise a candidate, so you don’t get rehearsed responses, and forces her to think about her experiences from a slightly different perspective. “How did you pay for college?” is another good one, as is “If I were to look at the web history section of your browser, what would I learn about you that isn’t on your resume?” Both of these can lead to a far better understanding of the candidate. They are also quite specific, which helps you gauge how well someone listens and parses questions.

And about that drunken Carnival photo: Unless they demonstrate a serious character flaw, we generally don’t hold a candidate’s online photos and commentary against her. We are hiring for passion, remember, and passionate people will often have an exuberant online presence. This demonstrates a love of the digital medium, an important characteristic in today’s world.

Who decided that an interview should last an hour? Oftentimes, you walk into an interview and know within minutes that a person is wrong for the company and the job. Who says you have to spend the rest of the hour making useless conversation? What a waste of time. That’s why Google interviews are a half hour. Most interviews will result in a no-hire decision, so you want to invest less time in them, and most good interviewers can make that negative call in a half hour. If you like the candidate and want to keep talking, you can always schedule another interview or choose to make time in your calendar right then and there (easy to do if you have scheduled the following fifteen minutes to write up your feedback). The shorter interview time forces a conversation that’s more protein and less fat; there’s no time for small talk or meaningless questions. It forces people, including (especially!) you, into a substantive discussion.

Another part of the interviewing process that most companies screw up is letting the hiring manager make the hiring decision. The problem with this is that the hiring manager will probably be the new employee’s manager for only a matter of months or a year or two; organizations are highly fungible. Besides, in the most effective organizations, who you work for matters a lot less than who you work with. Hiring decisions are too important to be left in the hands of a manager who may or may not have a stake in the employee’s success a year later.

That’s why at Google we set up the process so that the hiring decision is made by committee. With hiring committees, it doesn’t matter who you are: If you want to hire someone, the decision needs approval from a hiring committee, whose decisions are based on data, not relationships or opinion. The primary criterion for serving on a hiring committee is that you will not be driven by anything other than what is best for the company, period. Committees should have enough members to allow a good range of viewpoints, but should be small enough to allow an efficient process; four or five is a pretty good number. The best composition promotes a wide variety of perspectives, so aim for diversity: in seniority, in skills and strengths (since people will often favor people cut in their own mold), and in background. The hiring manager is not entirely powerless in a committee-based process; she (or her recruiter) can participate in committee meetings, and she gets to decide whether or not to move a candidate from interview process to offer process, meaning she has veto power but not hiring power. The hiring committee ensures that people don’t hire their friends, unless those friends happen to be superstars.

In the early 2000s, as Google started adding employees by the thousands, Eric, Larry, and Sergey observed that many of the newer hires were good but not as strong as needed. Perhaps they couldn’t control what every group was doing, the trio decided, but they could control whom they hired. Larry suggested a policy that senior management would review every offer. The resulting hiring committee process, which was developed by Urs Hölzle, entails a hierarchy of committees, culminating with a committee of one: Larry, who for several years reviewed every offer. This made it clear to everyone involved in hiring just how high a priority it was to the company. The process was designed to optimize for quality, not efficiency, and for control, not scale. Over the years, we have done our best to make it scale efficiently anyway, but our original tenet still stands, even as we pass fifty thousand employees: Nothing is more important than the quality of hiring.

Excerpted from the book HOW GOOGLE WORKS by Eric Schmidt and Jonathan Rosenberg with Alan Eagle, to be published in September 2014. Reprinted by permission of Grand Central Publishing. Copyright © 2014 by Google, Inc. All rights reserved.