Is the SEC being too soft on Affiliated Computer Services? 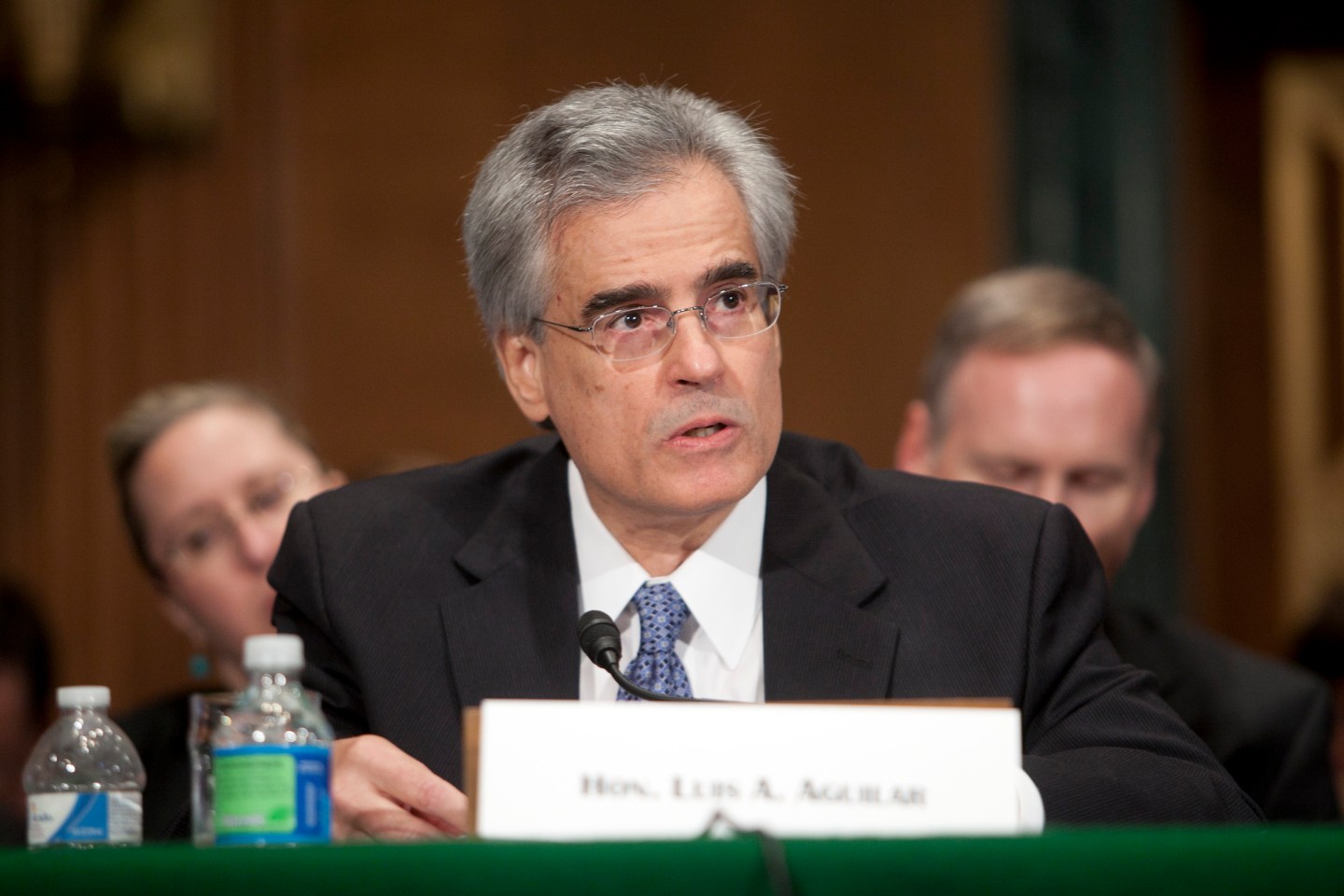 One of the main jobs of the U.S. Securities and Exchange Commission is to crack down on accounting fraud at public companies, but a commissioner recently questioned if the agency is living up to its mission. In a surprising dissent last week, Luis Aguilar broke ranks with three other commissioners over a punishment meted out to the former CEO and CFO of Affiliated Computer Services.

Before we read anymore into the case, it’s worth revisiting the facts of the case: in 2009, former ACS CFO Kevin Kyser enabled the company to pad revenues by $124.5 million by arranging for an equipment manufacturer to run pre-existing orders through ACS, giving the appearance that ACS was involved in the transactions. In reality, ACS never had actual or constructive possession of the goods. The customers weren’t even aware of ACS involvement. The arrangement allowed ACS to give investors the false impression that it was meeting its internal revenue growth guidance – and, as described in the Commission’s own enforcement release, rewarded Kyser and CEO Lynn Blodgett with bonuses that were 43% higher than if the sham revenues hadn’t been reported. In a post-Enron, post-Sarbanes-Oxley world, both officers had signed off on the financial statements, attesting to their virtue.

The SEC slapped executives with fines and penalties, but what’s surprising is that Kyser was not also barred from practicing as an accountant before the SEC. Typically in cases involving accounting deceptions there are always fines and disgorgements of profits, but there’s usually a prohibition from serving as an accounting officer for public companies as well. In Aguilar’s view, the punishment amounted to merely a “wrist slap at best,” providing more evidence of an SEC that “reflects a lack of conviction to charge what the facts warrant and to bring appropriate remedies.”

Aguilar believes the Commission is effectively defining down deviancy. In his view, the case warranted fraud charges and suspension before the Commission, but instead only pursued more technical infractions like “books and records” violations and internal control weaknesses. That’s like putting Al Capone in jail for failing to file a tax return instead of racketeering. In his view, the punishment not only permits malefactors to receive a mere slap on the wrist, it sends the wrong signal to others: when fraud occurs, this is a commission that will accept weak settlements with lesser charges.

There are other messages in this case. For one, Xerox (XRX) shareholders should feel cheated: the company shelled out $6.7 billion to buy ACS, based on willfully misstated numbers. Another message: share-based compensation doesn’t always bring “alignment with shareholders.” It can increase the temptation for officers to do the wrong thing. Not only did the company’s CEO and CFO receive 43% higher bonuses in 2009, they had already been rewarded through stock compensation. As of the last ACS proxy, Blodgett and Kyser held ACS shares worth $35.8 million and $4.6 million, respectively, when Xerox paid $63.11 per share to buy the whole company.

What’s more, the SEC may be too conflicted to function smoothly. It would have been interesting to see if SEC Chair Mary Jo White agreed with Aguilar’s assessment. She recused herself from the vote, however, because Cravath, Swaine & Moore – the law firm employing her husband – had worked with ACS.

One actor’s bad behavior can have a trickle-down, systemic effect on many players in the financial markets. Making it a technical infraction does nothing to keep it from spreading or maintaining confidence in the markets.