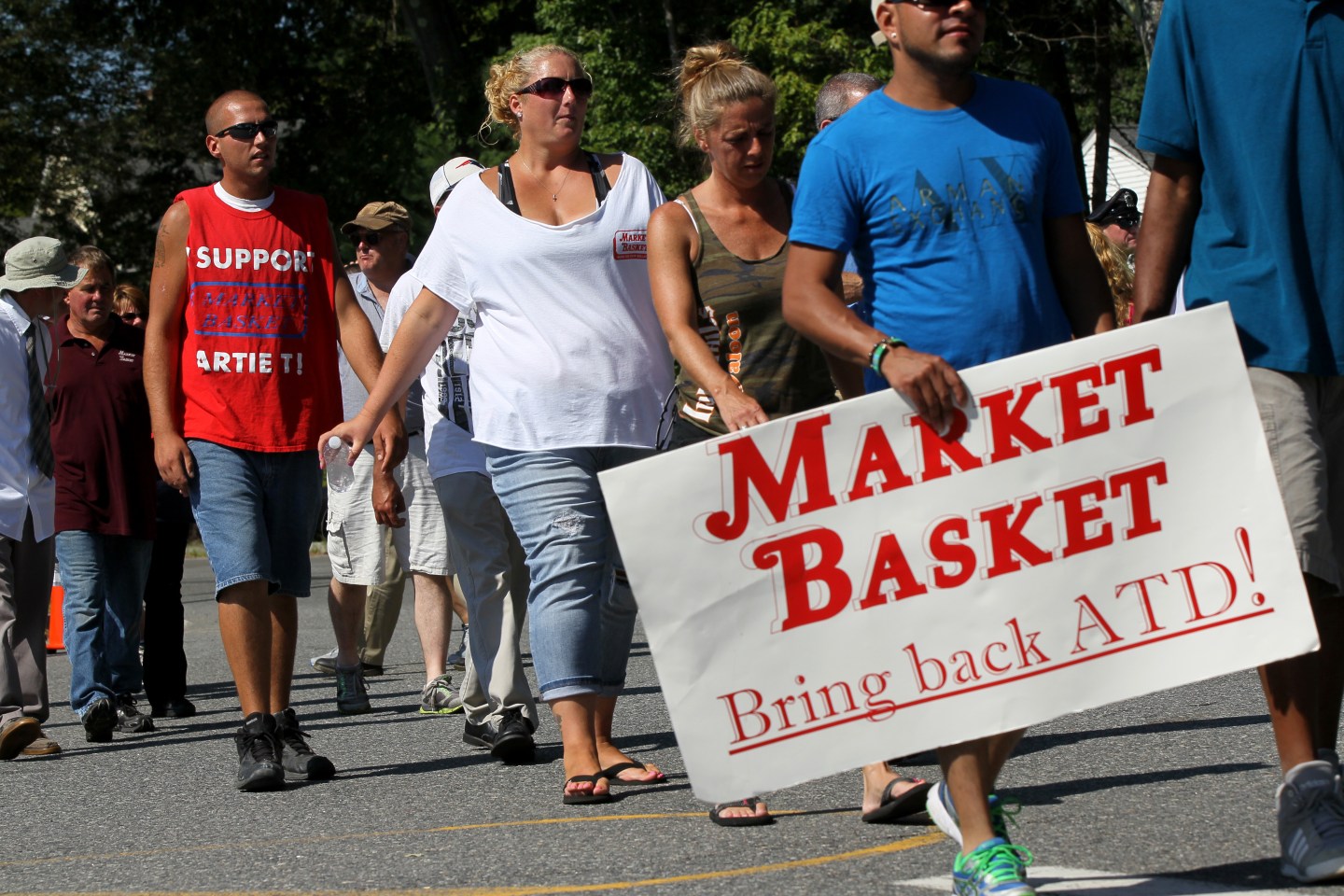 The Blackstone Group is the mystery private equity firm behind Arthur T. Demoulas’s agreement to purchase New England supermarket chain Market Basket, Fortune has learned from a source close to the situation.

Market Basket has been in a state of severe turmoil since back in June, when Arthur T. was fired as CEO by a board controlled by his estranged cousin, Arthur S. Demoulas. Hundreds of workers loyal to Arthur T. walked out, setting off a chain reaction of empty shelves, boycotting customers and fed-up vendors.

Under terms of the agreement announced this morning, Arthur T. will purchase the 50.5% stake in Market Basket that he does not already own, from Arthur S.’s side of the family for approximately $1.5 billion (putting the enterprise value at around $3 billion). The Blackstone Group (BX), which had been advising Arthur T., agreed to provide more than $500 million of the purchase price — but so far has not been publicly identified by either Market Basket or Arthur T.

What remains unclear are specific terms of the deal, including if there are any earn-outs related to Market Basket’s ability to recover its lost business. An earlier buyout bid from the Dutch parent company of rival supermarket chain Hannaford (which also wanted Arthur T. in charge) is said to have been a “half now, half later” sort of offer.