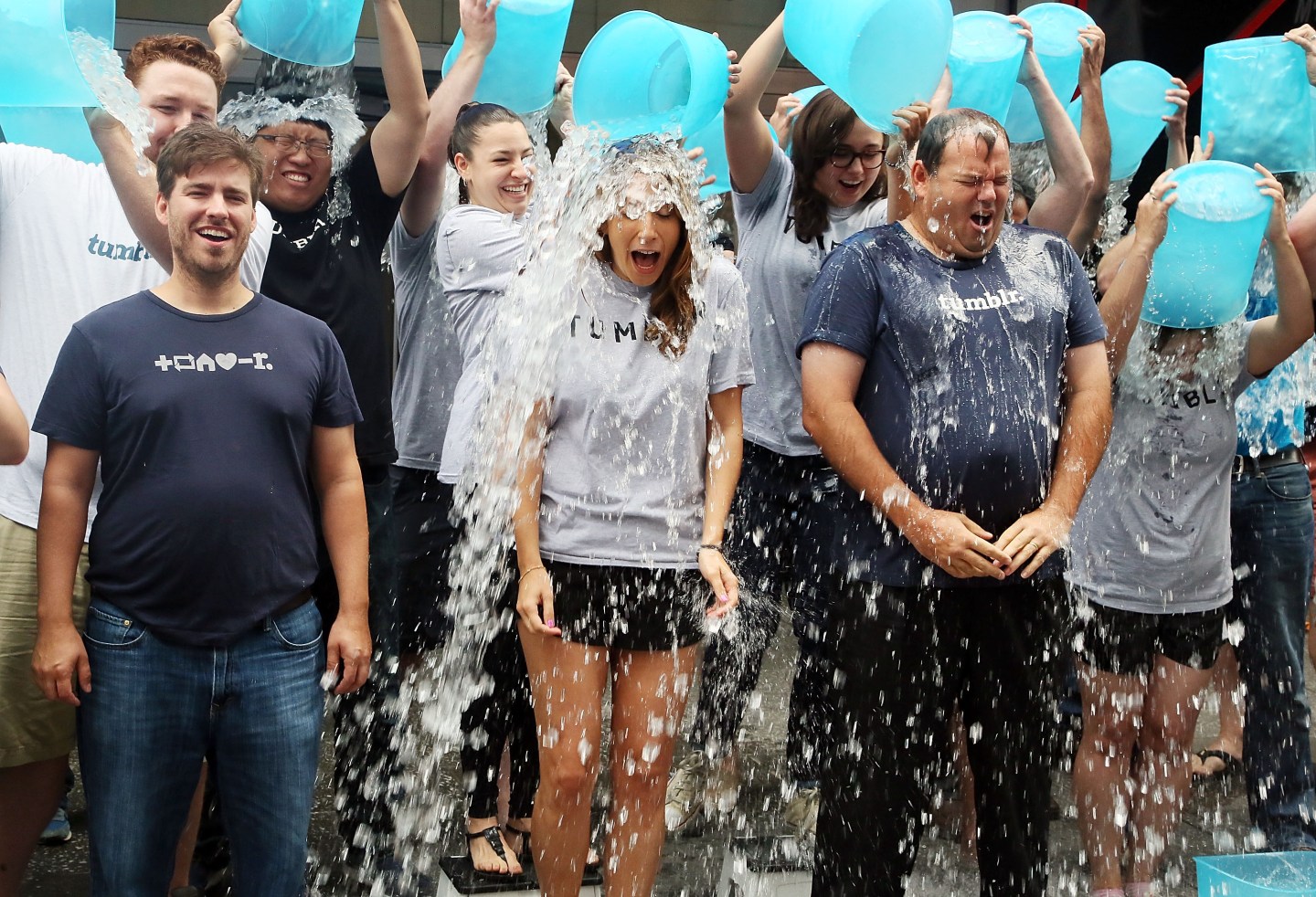 The ALS “ice bucket challenge” has certainly been a success with celebrities like actor Chris Pratt, Microsoft co-founder Bill Gates and baseball star Derek Jeter dousing themselves with chilly water for charity. But no one has truly owned the term “ice bucket challenge,” a marketing gimmick for donations to fight amyotrophic lateral sclerosis, a disease affecting the brain and spinal cord.

But that could change now that the ALS Association has apparently sought to trademark the phrase after the viral sensation has raised more than $94 million for the nonprofit organization in just under a month.

The Washington, D.C.-based ALSA filed paperwork with the U.S. Patent and Trademark Office last week to lay claim to the terms “ice bucket challenge” and “ALS ice bucket challenge,” according to a search of USPTO records. The organization’s efforts to assert ownership of the phrases seems to have first come to the attention of trademark attorney Erik Pelton, who mentioned the filings in a blog post on Wednesday.

An ALSA spokeswoman confirmed to Fortune that the organization recently filed the paperwork for the trademarks. “The ALS Association took steps to trademark Ice Bucket Challenge after securing the blessings of the families who initiated the challenge this summer. We did this as a good faith effort after hearing that for-profit businesses were creating confusion by marketing ALS products in order to capitalize on this grassroots charitable effort,” ALSA spokeswoman Carrie Munk said in an email.

The challenge has spread rapidly across all forms of social media over the past month and has undoubtedly resulted in a major uptick in awareness and fundraising for the disease. Fortune wrote last week about the windfall for the ALSA and how the organization plans to spend the money. An ALSA representative told us the money would go toward the organization’s main priorities, which are, essentially: research, care and advocacy.

In the early days of the ice bucket challenge meme, ALS handed out 21 new grants worth roughly $3.5 million to scientists working on ALS-specific therapies in the United States, the United Kingdom, France, Canada, Switzerland, Israel and Australia.