With two weeks to go, used iPhones flood the market 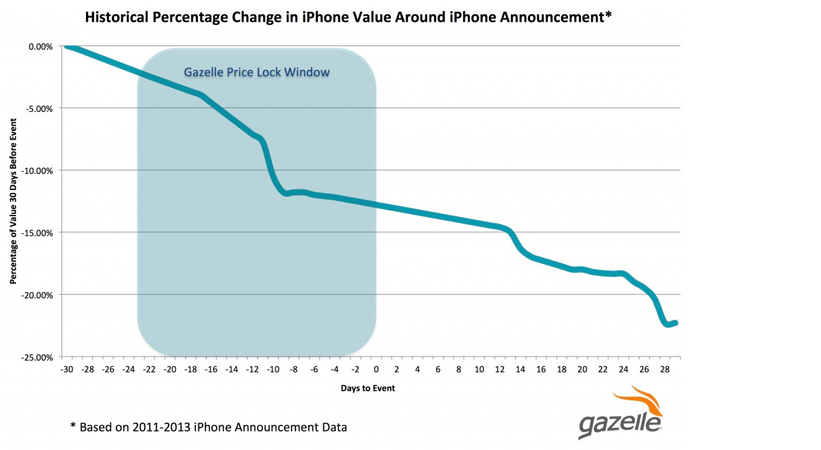 The market for used iPhones is a funny thing.

It hums along steadily most of the year until, just before the launch — or, more accurately, the expected launch — of a new model, things go nuts.

This year, more than ever. A few data points:

The market value of those second-hand iPhones, however, has been sliding the other way, according to eBay, where nearly 400,000 iPhones changed hands in the two weeks before the last three launches. Historically, iPhone prices on eBay peak three weeks pre-launch.

Several re-sale sites, including Gazelle and NextWorth, offer to lock in prices before they fall any further (see attached chart).

Both companies have timed their offers to Apple’s rumored (but still unconfirmed) Sept. 9 introduction and an estimated Sept. 19 launch date.

Gazelle will be buying used iPhones right to the bitter end. If you pass by Apple’s Fifth Ave. store on an iPhone launch day, you’ll see them working the lines.

But if you wait that long to sell, you’ll get whatever the market will bear.

Which site gives the best deal? The Wall Street Journal‘s Rani Molla posted a handy chart Tuesday (see below). The prices shown are the highest offered for iPhones in good condition, chargers included. Phones that are unlocked are more valuable than ones that aren’t, especially on sites like Amazon.