The next Alibaba may come from…India? 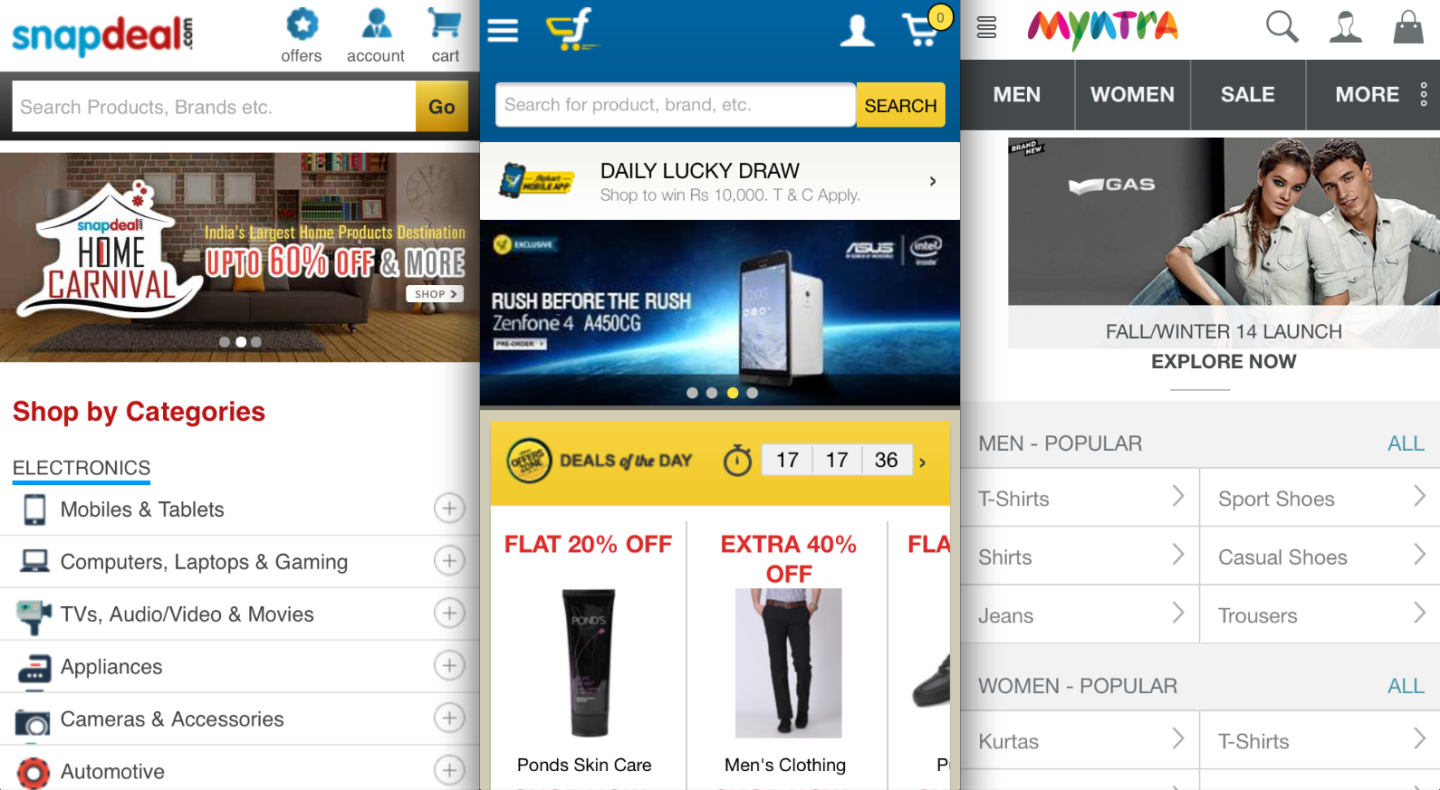 Temasek Holdings, the Singaporean sovereign wealth fund with a $180 billion investment portfolio, is betting big on the future of India’s e-commerce. It recently invested in the Indian e-tailer Snapdeal with the expectation that the volume of transactions in that country’s burgeoning e-commerce market will increase by a factor of at least six over the next three to four years.

That’s no small vote of confidence in India’s e-commerce potential. Temasek was an early investor in China’s Alibaba, an e-commerce titan whose annual transactions today exceed $250 billion, or more than Amazon (AMZN) and eBay (EBAY) combined. It likes Snapdeal because the company uses a similar model.

“India has huge opportunity,” says Praveen Sengar, an analyst at Gartner who is based in Singapore. “But logistics is the biggest challenge for the Indian market and significant investment will go into developing a network covering tier 1 and 2 cities.”

India’s e-commerce market was around $13 billion in 2013, according to a joint report by KPMG and the Internet and Mobile Association of India, or IAMAI. That’s a relatively small number compared to China’s $300 billion, but it’s still a substantial figure with plenty of room for growth.

In India’s favor is the fact that the country’s digital payments industry is expected to expand at a rate of 40 percent to reach $20 billion by the end of this year, according to IAMAI, and it has one of the youngest online populations, with 15 to 24-year-olds making up the fastest growing segment.

“Smartphone penetration across the country and the increasingly mobile-first culture will offset the relative lack of reliable Internet connectivity,” says Shiv Putcha, an IDC analyst focused on consumer mobility and gaming and based in Mumbai.

At present India is transitioning from what is called an inventory-based model of e-commerce, where e-tailers sell a single product or brand stocked in their warehouse, to a marketplace model where a platform brings buyers and sellers together. The marketplace model is considered to be less capital intensive, generating more (and earlier) profits for shareholders.

In India, the leaders of the marketplace approach are Flipkart, Snapdeal, Myntra, and the recently arrived Amazon.

Bangalore-based Flipkart, which was founded by two former Amazon executives, started by selling books, but has since branched out into 14 categories including lifestyle, healthcare, and accessories. Earlier this year it acquired Myntra, a fashion portal also based in Bangalore, with hopes that the move will help it dominate apparel e-tailing in India.

Its rivals have been similarly busy. Snapdeal is the second-largest domestic player and has raised more than $200 million in expansion capital from equity partners that include sovereign wealth fund Temasek and eBay. It expects to achieve $1 billion in annual sales by 2015.

Jabong, which is based in Gurgaon outside New Delhi, recently raised $100 million from a consortium of investors including the German tech incubator Rocket Internet.

Foreign venture capital is being used by India’s e-commerce players to establish order processing centers and distribution channels that move beyond larger cities into rural communities. “Amazon took its time to study the market and really hit the ground running,” Putcha says. “It will be No. 1 in India in the next two years.”

The American e-commerce giant was not able to make a similar impact in China because regulatory requirements made the entry of international competitors much more difficult, leaving Alibaba a relatively unobstructed run at domestic growth.

Still, for all the competition and recent growth, the size of India’s e-commerce market will not rival that of China anytime soon. “China will outpace India’s e-commerce market for many years to come,” says Chris Christopher, an analyst at IHS. “Per-capita income levels are significantly higher in China than in India, Chinese access to consumer credit is more developed, and computer literacy is generally higher in China.”

For all the investment and aggressive expansion, there’s one a big hurdle that India’s e-tailers have yet to leap: turning a profit. Transitioning to an Alibaba- or eBay-style marketplace model may help. “The logistics cost is still high, in the range of 15 percent of total cost, with higher returns especially for cash on delivery goods,” Sengar says.

So will additional patience from foreign equity partners. “I don’t expect the players to be profitable in next three to five years,” he added.