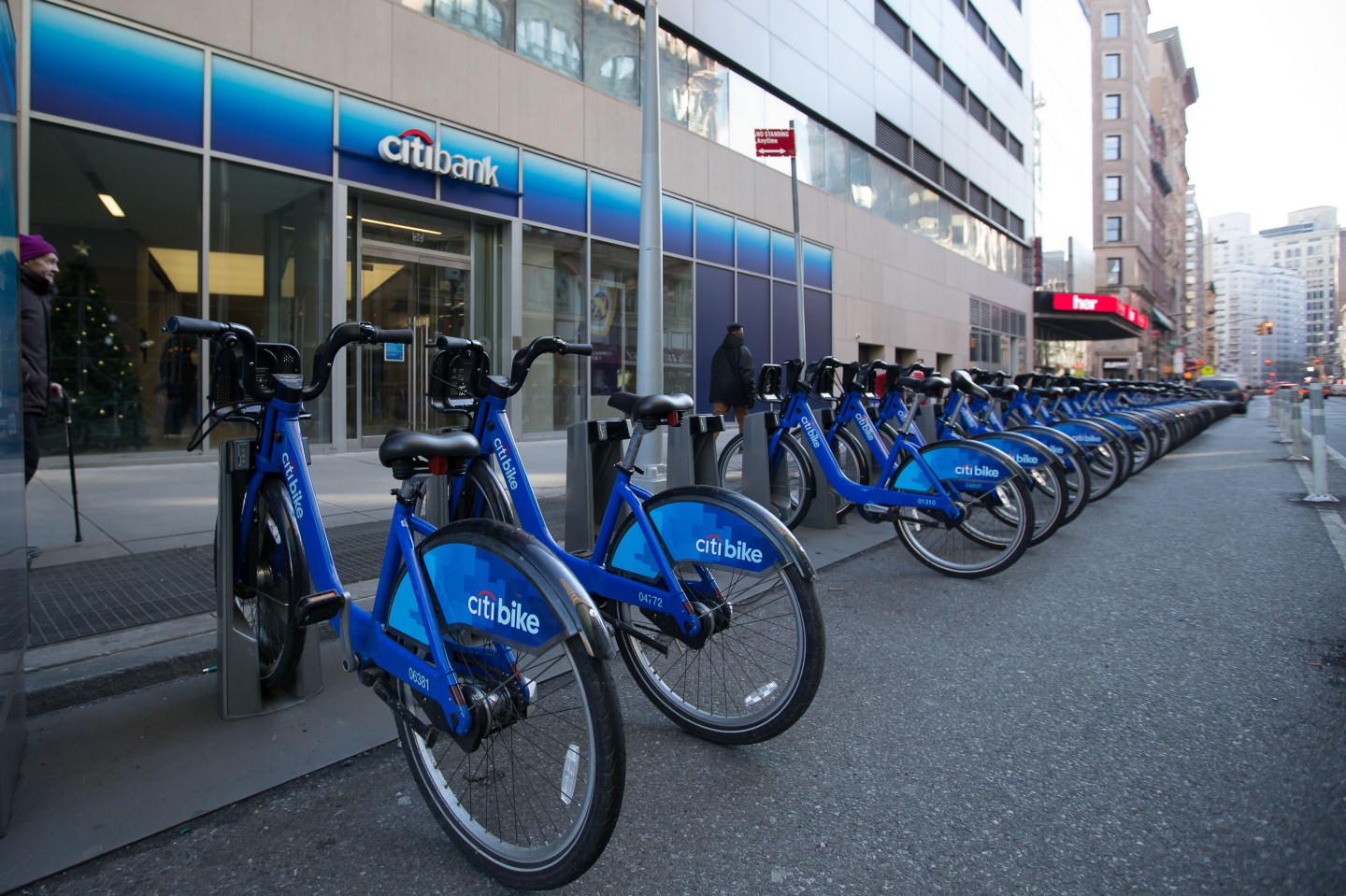 After a ruling earlier this week, that goal is one step—ahem, pedal—closer. The National Labor Relations Board gave Citi Bike’s 249 employees—mechanics, bike checkers, and station technicians—the go ahead to vote on whether to join the Transport Workers Union Local 100, which already represents New York City’s subway and bus workers.

If the Citi Bike workers vote to unionize they will be first bike share employees in the country to organize, Jim Gannon, spokesperson for the TWU Local 100, told Fortune.

In the decision issued Wednesday, the acting regional NLRB director for the New York region Elbert Tellem authorized Citi Bike’s 96 seasonal employees to vote alongside full-time and part-time employees. The workers’ employer NYC Bike Share LLC, a division of Portland-based Alta Bicycle Share Inc., had argued that seasonal employees shouldn’t be included in the vote since they do not share a “community of interest” with permanent employees since they are casual or temporary hires. Tellen disagreed, ruling that seasonal workers could be part of the vote since the “terms and conditions of employment of seasonal and permanent employees are substantially identical” because both kinds of employees “earn the same wage and work, side by side, in the same work locations, on the same shifts, under the same supervisors.”

The decision comes in the midst of negotiations between Alta and REQZ Ventures, an affiliate of real estate company Related Cos, that has expressed interest in buying a controlling stake in Alta—a deal that would provide the money needed to expand Citi Bike’s footprint in New York City. The system currently serves Manhattan below 60th Street and parts of Brooklyn. There are no bike stations in The Brox, Staten Island, or Queens. Alta and Related did not immediately return requests for comment on the ruling.

NYC Bike Share has until September 3 to appeal Tellem’s decision. If that doesn’t happen, the NLRB will go ahead with the secret ballot election when workers will vote on whether or not they want to join the local chapter of the Transport Workers Union.

The Citi Bike workers are considering union representation because they’re “really committed to making [NYC Bike Share] a successful company and they felt that the company wasn’t being run properly; that their input was being ignored,” Gannon says. “They wanted a seat at the table and they felt they couldn’t get it without an organized work place,” he said, adding that the workers also voiced concerns about scheduling and are hoping to “get a few more bucks in their pockets,” too.

Since Alta runs six other bike share programs in the United States—in Chicago; Boston; California’s Bay Area; Chattanooga, Tennessee; Washington, D.C., and Columbus, Ohio—it’s possible that a successful vote in New York could lead other bike share workers to consider organizing as well. “We look at Citi Bike as one of these growing urban modes of transportation that—if run properly—will interact with scheduled buses and trains,” Gannon says. “The whole thing has real potential for growth.” Gannon noted, though, that no bike share workers outside of New York have expressed interest in unionizing with TWU. “We want to win New York; then we’ll worry about the rest,” he said. “If we’re successful and the [Citi Bike] workers are happy, that’s the best organizing tool there is.”