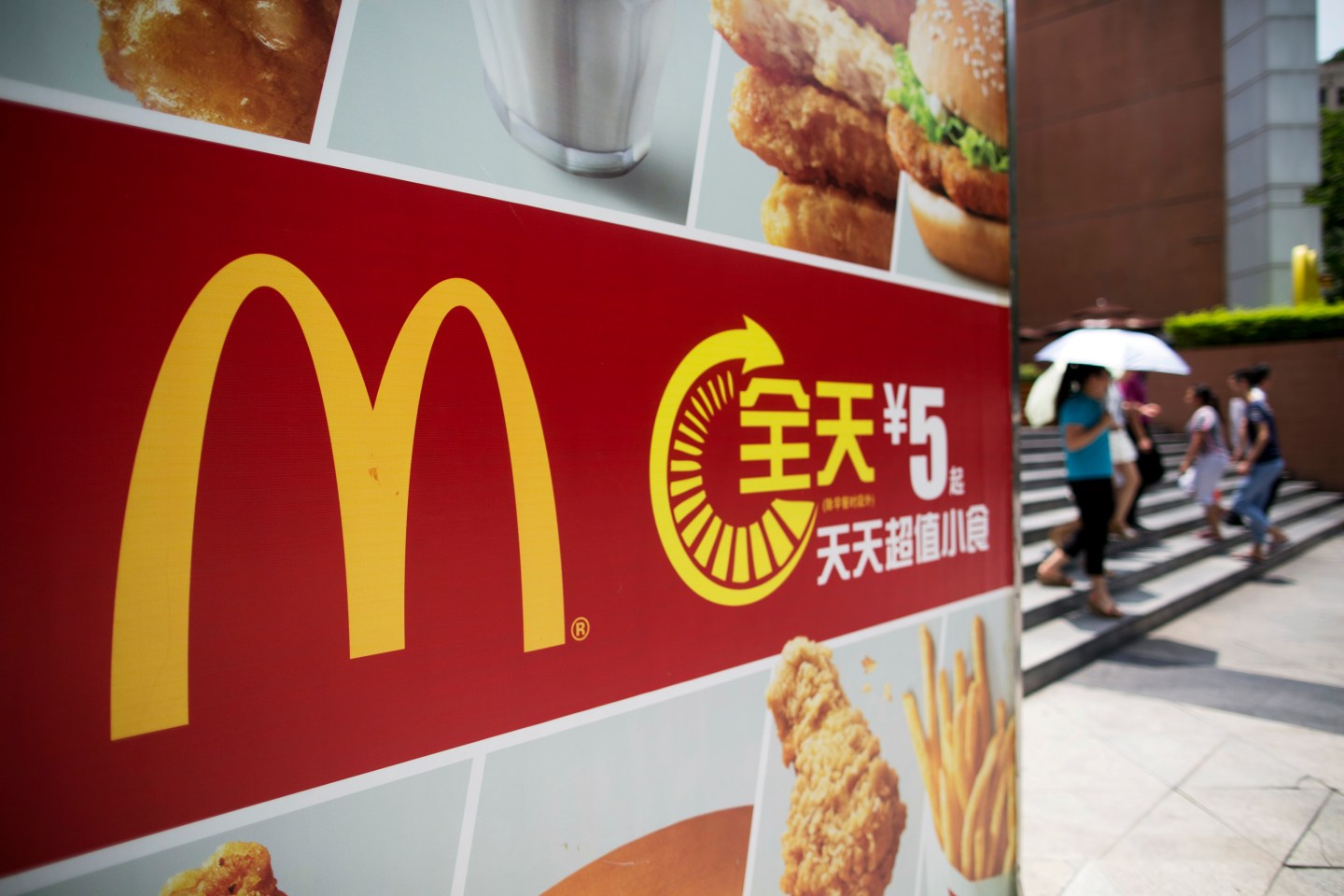 With yet another high-profile investigation of a foreign brand in China, many argue that the government is singling out foreign firms to support domestic players. The European Union Chamber of Commerce in China has written a white paper criticizing the government’s efforts, suggesting the moves are unfair and protectionist. Foreign direct investment into China dropped 16.9% in July from a year ago, giving ammunition to critics of the government’s investigations.

But are critics of China’s anti-trust investigations right? Or do they indicate attempts by the government to catch up to international standards and even the playing field to eventually create more competition and spur more consumption through lower prices?

First, it is a mistake to lump the anti-monopoly investigations and the consumer safety watchdogs together. The safety regulators have targeted McDonald’s (MCD), KFC, and now Heinz (HNZ) for selling tainted, mislabeled and toxic products to Chinese consumers. Executives have been fined and jailed. These companies have undoubtedly made mistakes that have endangered the health of Chinese consumers. McDonald’s, for instance, sold hamburgers made with expired meat.

The Chinese government is moving to safeguard the food supply chain in response to citizens’ demands. Food and product safety and pollution are the two biggest concerns in China – ahead of paying for medical care and education for family members, according to 5000 interviews my firm, The China Market Research Group, conducted in 2013 across15 cities. In response, the government for instance has been pushing for consolidation within the dairy sector – just as it had in the steel industry – to ensure better quality control and curb environmental degradation.

Second, many companies, such as Qualcomm (QCOM) and Microsoft (MSFT), have come under fire in other jurisdictions like Europe for monopolistic practices in the past. Regulators investigated them and fined them over the course of several decades, while in China these companies have gotten a relatively free pass. Until recently, the Chinese government was overwhelmed by other priorities like poverty reduction and did not devote significant resources into things like anti-monopoly investigations.

Some media reports have painted the wave of investigations as a sudden anti-foreign crackdown, suggesting that it is a move by President Xi Jinping to consolidate power. However, companies have been aware that investigations like these would be coming for some time now. China’s National Development and Reform Commission (NDRC), the body charged with enforcing a portion of the anti-monopoly law, announced the start of many of these investigations in 2011. Xi did not take office until 2012 – a year later.

The series of investigations has given the appearance of a targeted crackdown, though in many ways the reason for this is simply that regulators are only now catching up with the task of regulating the market and reaching standards of market behavior held by other advanced economies. Domestic Chinese firms have also been targeted – many of the BMW dealers targeted for instance are locally owned by Chinese entrepreneurs, not BMW itself. However, these cases have not been in Western news as much.

It is true that regulators need to be more transparent in their investigations and rulings; they should allow lawyers representing the firms under investigation into meetings when decisions and judgments are made. The opaque way many investigations have been carried out has given the appearance of the government making decisions in back rooms to strong-arm brands into lowering their prices.

Finally, although the investigations are hurting profit margins and making executives nervous for now, in the long-term, this will help overall profitability for Chinese and Western brands alike.

Over the past decade, Chinese consumers have been so worried about poor food and product safety standards that they tend to buy the most expensive items they could afford. For key items, such as infant milk formula, consumers shun more affordable brands because they equate lower prices with lower safety. As a result, a few ultra-premium players with high prices have dominated the market, while other brands that aren’t naturally premium-positioned have had little choice but to use high pricing to attract consumer interest.

Promoting better accountability on safety will allow consumers to be more confident in product quality standards and make decisions based on other factors than simply price. In turn, that will give brands the opportunity to carve out new market niches rather than race each other to the top.

Shaun Rein is the founder and managing director of China Market Research Group, a strategic market intelligence firm focused on China. He is author of the forthcoming book, The End of Copycat China: the Rise of Creativity, Innovation, and Individualism in Asia, which is expected to release in October.