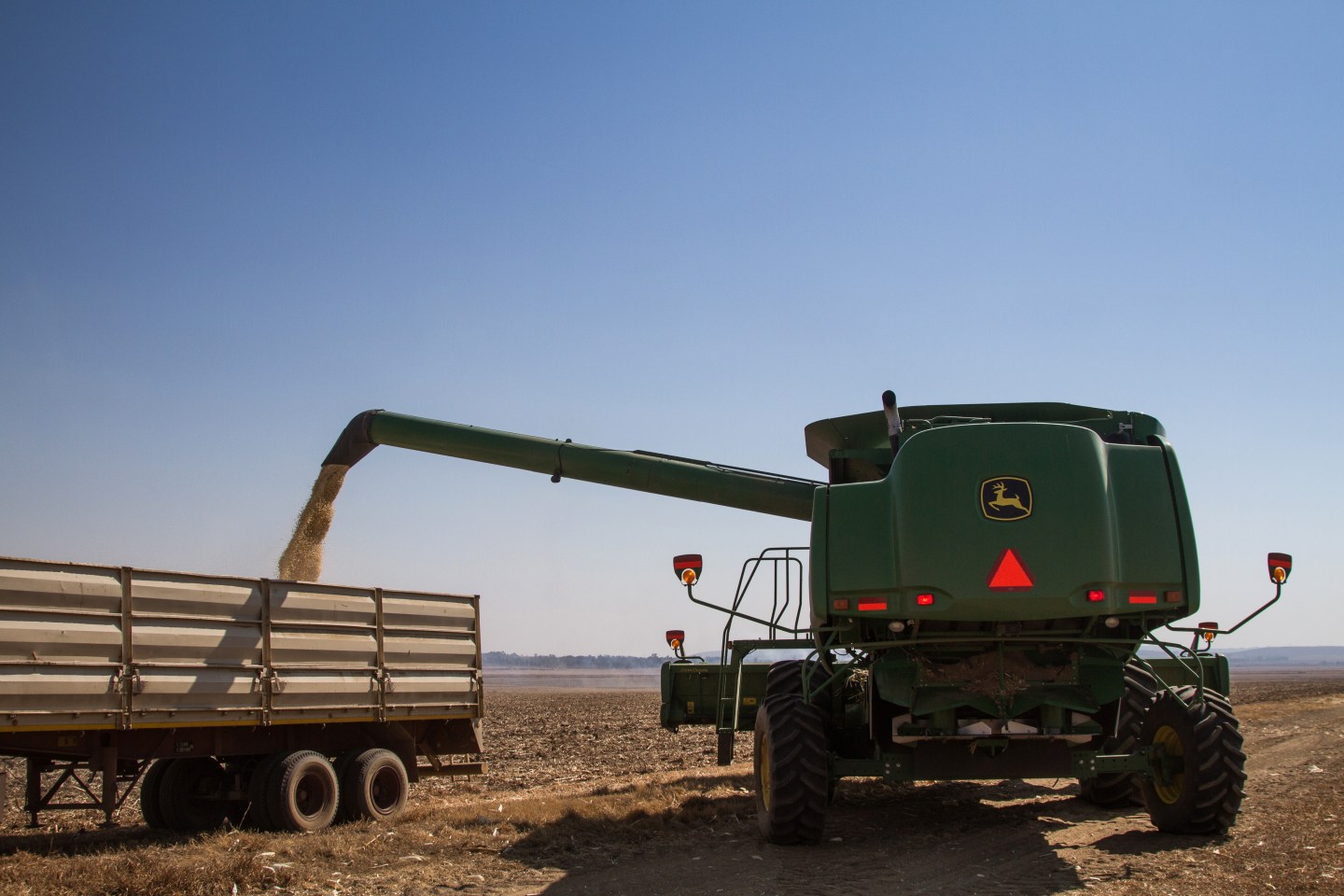 A Deere & Co. combine harvester dumps white corn grain into a waiting truck during a harvest on a farm in Grootvlei, South Africa, on Tuesday, July 29, 2014. Meal from white corn is used to make a South African staple food known as pap, while the yellow variety is used for animal feed. Photographer: Dean Hutton/Bloomberg via Getty Images
Photo by Bloomberg—Getty Images

Deere will lay off more than 600 employees at four of the company’s manufacturing facilities, a move that comes two days after announcing it would scale back farm-equipment production.

Deere (DE) said it would reduce the size of its workforce at some agriculture equipment factories in response to current demand trends, saying that some temporary layoffs will also be needed at several of the affected factories.

The action comes two days after Deere reported a 15% drop in fiscal third-quarter profit and trimmed its equipment-sales projection for the full year. Weak farm incomes have put pressure on the sale of Deere’s equipment, a trend that led to fewer industry-wide sales in the U.S. and Canada. Deere said the declining demand has especially affected larger models.